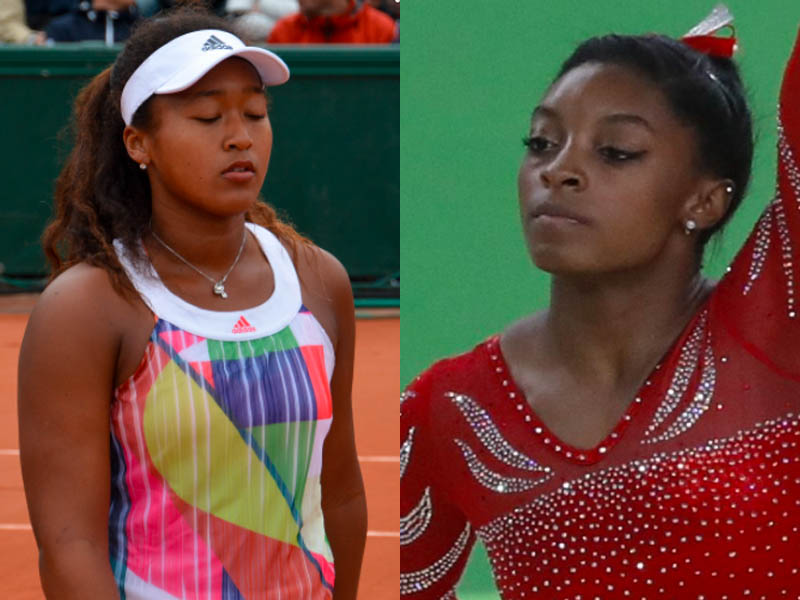 The recent withdrawals of, first, tennis great Naomi Osaka from Wimbledon and, this week, Simone Biles, probably the greatest gymnast of all time, pulling out of the Olympics, of course, made us think of piping and drumming.

These two superstars have the eyes of the world upon them in a macro way, and the comparison to what we pipers and drummers do might at first seem incongruous. But the mental strain and stress of competition most if not all of us can recognize.

Biles and Osaka, at one point in their careers, chose to do what they do. We hope that no one forced their careers upon them, just like we hope that all pipers and drummers do what they do because they love it. We’re sure that whether tennis, gymnastics or music, the love of and passion for these sporting arts are what drive us.

As we progress, there comes a time when we feel that, Well, we’ve gotten this far, so it would be downright stupid to quit. But the self-imposed pressures are real.

Anyone reading this who doesn’t empathize with Biles and Osaka might have been born without a heart. Anyone who says that they don’t get nervous while competing must be made of something super-human.  To be anxious is to care. Competitors who claim they are impervious to the pain and strain of competing and are nonetheless competitively successful should write a self-help book to share their secrets. For the vast majority of us, such a conceit is non-existent.

In our recent interview, Pipe Bands Australia President Ainsley Hart discusses the pervasive problem of retaining pipers and drummers. The majority of competing players – and even more so women – leave the scene before they’re 30. Most don’t go beyond 20. Pipers and drummers competing after age 50 are rare.

It all becomes much of a muchness, and for almost all of us, we reach a stage where the end doesn’t justify the means.

What drives them away? We can’t say for sure, but we have a feeling that the majority have had enough of the strain and pressure of competition. Putting themselves through countless judged performances becomes, to many, a mug’s game. The adrenaline and endorphin rush of getting through an event can indeed become addictive, and the allure of winning can be strangely compelling. The camaraderie is wonderful, but still, it all becomes much of a muchness, and for almost all of us, we reach a stage where the end doesn’t justify the means.

And there are probably many more mental health issues out there than we realize, especially when it comes to pipe bands. We can’t let the team down. If we mess up, we mess up everyone. Over the years, we have witnessed band-mates and soloists become physically sick before a contest. We tend to laugh at stories of competitors upchucking mid-performance or even stopping and running away from the band circle. We’ve seen kids and adults tremble in fear and break down in tears. It’s so absurdly sad that, by our own volition, we can turn music into misery.

In another recent interview, three Grade 1 pipe-majors collectively hope that, when pipe bands return, there will be a greater appreciation of the music and the joy of making it, rather than the constant pursuit of ephemeral, endorphin-making trophies. Remember, these are leaders of some of the best bands in the world – bands, we would wrongly assume, that live to win competitions.

While Naomi Osaka and Simone Biles are a long way away from our relatively little piping and drumming world, the parallels are there. As we move ahead and look to the relentless pursuit of prizes, we can only hope that we remember what we’re doing: making music.

If there were ever a time for us to reconsider our game, it’s now. We can still be excellent without competition driving us and, more often than not, driving us away.