Brown’s departure will end almost 50 years of the Brown family leading one of the world’s consistently great bands. Tom Brown, Gordon’s father, established the tradition of drumming excellence at Boghall & Bathgate in the 1970s. He was awarded an MBE in 2019 for his services to pipe bands and teaching, which his son carried on, contributing to the longevity of the band’s success at the top and influencing countless pipe band drummers along the way.

“It has been a great honour to lead the band over the last three decades,” Gordon Brown said. “I feel the band’s fiftieth anniversary year is the right time to pass the reins onto Kerr. I’d like to wish him all the best in his new role and I can’t wait to see how the corps develops under his leadership.”

He started with the band in 1977 when they were still in Grade 2, and it was the drumming as much as anything that catapulted the group to Grade 1 stats in 1980, winning the drumming at the Cowal Championships the same year. The Boghall corps would win the World Pipe Band Drumming title in 1981, ’82 and ’83 and ’86.

Gordon Brown took over the lead-drumming job from his famous father in 1993, winning the drumming at the European Championship the same year. He has led the drum section to World titles in 2001, 2012 World Championship and the 2007, 2010 and 2012 Grad 1 Champion of Champions Drum Corps title.

In 2012 he was voted Drummer of the Year in the pipes|drums New Year’s Honours.

“The whole organization would like to thank and congratulate Gordon for all his hard work and achievements over the years,” the band said in a statement.

A life-long pupil of both Tom and Gordon Brown, Kerr McQuillan has progressed through the ranks of the Boghall organization, joining the Grade 1 band’s corps at age 14. He has won multiple Juvenile World Solo Drumming Championships and is currently a student at the Royal Conservatoire of Scotland in Glasgow.

“Becoming the lead-drummer of Peoples Ford Boghall & Bathgate Caledonia has always been my dream,” McQuillan said. “It is an opportunity that I am hugely excited for and I’m confident that the team we have across the entire Boghall organization has the potential to achieve great things. I can’t wait to get started working with such a musically talented group where we all share the same drive and ambitions. I am grateful and honoured to be able to follow in the footsteps of Both Tom and Gordon who have been my inspirations throughout my drumming career.”

Kerr McQuillan is the son of Stevie McQuillan, an accomplished tenor drummer who has also served with the band for more than 30 years.

Gordon Brown will continue to teach in the expansive and renowned Boghall & Bathgate system, and will move into judging with the RSPBA.

“The Browns musical input and teaching legacy have helped shape the Boghall sound over the last 50 years,” Pipe-Major Ross Harvey said. “I’d like to thank Gordon for his decades of commitment to the band. The continuity in Gordon’s leadership allowed for a smoother transition when I stepped in as pipe-major. As the band moves into its next fifty years I am excited to see Kerr help shape the band through his musical talent, creativity and teaching.” 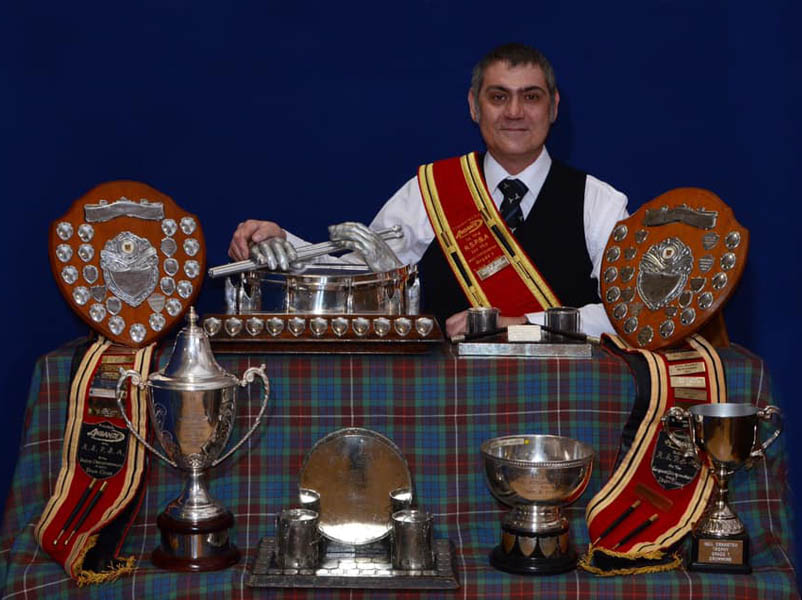 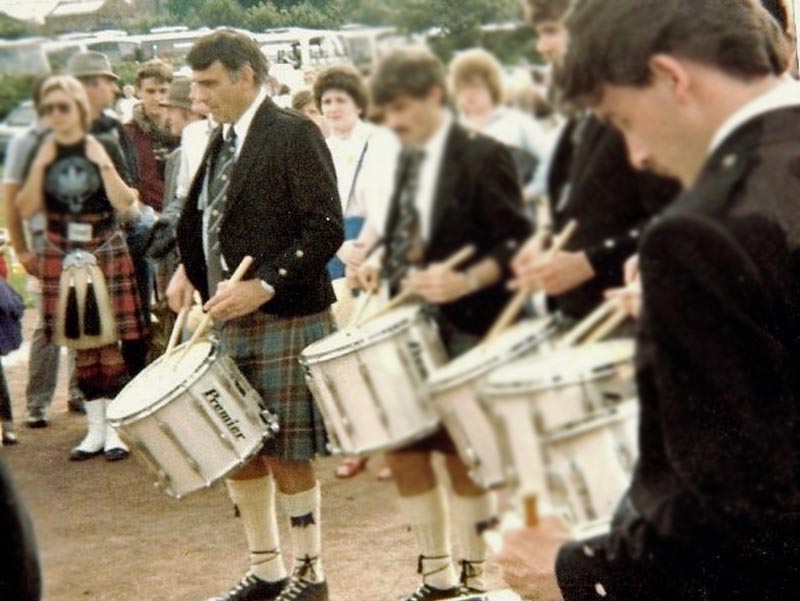 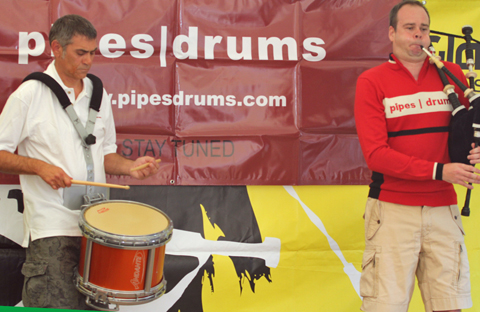