Like Closkelt of Northern Ireland and St. Thomas Alumni of Houston, City of Dunedin was champing at the bit to show their stuff at the World Championships for the first time in Grade 1 when the pandemic hit, cancelling two full competition seasons.

But due to the state’s policies, the Florida-based band has been able to practice in-person more than most, and on October 23rd the band debuted the fruits of their lockdown labours with their new “Highland Roads” concert to a supportive hometown crowd at Dunedin High School.

The event was free, but the community was encouraged to make donations to the FireFighter Cancer Foundation.

“This project developed back in the spring, as vaccinations became more accessible and main pipe band events around the world during the summer started to cancel again,” said Lead-Drummer Eric MacNeill. “The band was looking for a project and a goal to help build on the momentum from the 2019 season. It was definitely a big undertaking for the band to present a full-scale concert with backing-musicians and Highland-dancing all integrated into the presentation. While a few band members have been a part of large concerts like this in other bands, this was a first for the City of Dunedin Pipe Band. It was a ton of hard work, and we learned a lot; a great experience for the band.” 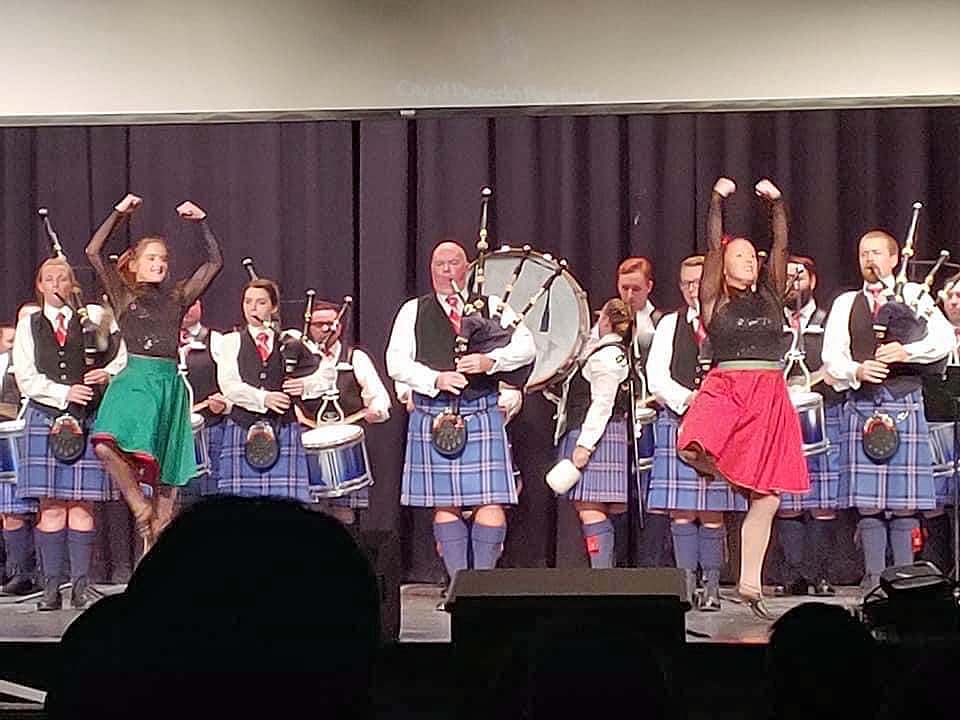 A second staging of the “Highland Roads” show is already planned for February 5, 2022, just up the eastern seaboard in the Washington, DC, area at the Rachel M. Schlesinger Concert Hall and Performing Arts Center in Alexandria, Virginia.

The band also plans to hold a workshop during the day, members of the band instructors in all elements, and special guests Bob Worrall – who’s on board to emcee the show – and local piping luminary Andrew Donlan lending a hand. 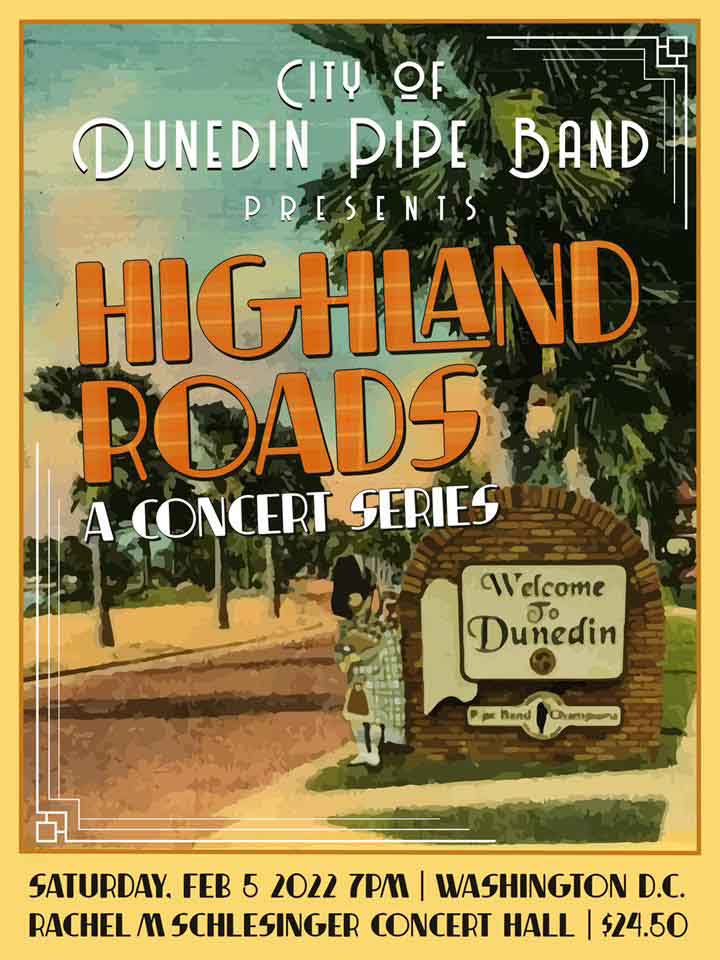 “Dunedin has a very strong tradition of teaching within our community and so we felt this would be an appropriate add-on to the concert to make for a full Dunedin experience,” MacNeill added, also explaining that the FireFighter Cancer Foundation was the chosen charity “because for the last two years we’ve had a member of the Grade 1 band battling cancer and this seemed like the right fit to try and do something to help.”

Tickets to the February 5th show (US$24.50) and workshop (US$75), plus a t-shirt valued at US$20, can be purchased now from the band’s website, and a discount (US$99.99) is available if purchased together. Enthusiasts can also donate to the FireFighter Cancer Foundation on the site.

The band also confirmed that it is “hoping to be able to travel to Scotland in August 2022 to compete in grade 1 at the World Championships for the first time.”