We pipers, drummers and pipe bands are a unique lot. There’s really nothing else like us. We are who we are and we’re generally comfortable in own skin.

As a result, we might not do a very good job of looking elsewhere. We often wonder why we don’t have more enthusiasts coming out to competitions to listen in wonder at our marvelous music, but we rarely do anything about it.

We know what we have to offer is wonderful, but how much do we actually learn from other musical genres or avocations for inspiration and new ideas?

Many of us, especially in North America, are aware of Drum Corps International – or “DCI” as it’s commonly known. Those who have heard about DCI will likely know that this circuit of competitive marching bands creates giant spectacles of musical competition and display that will fill massive stadiums.

But have we ever taken the time to understand just how DCI works?

pipes|drums wanted to learn. We wanted to see what we could discover about DCI so that our readers and viewers might become a little more enlightened.

So we sent a message to their general media inquiries address, and their press office got back to us almost immediately, keen to share information about DCI, so that they, too, might learn more about what we do.

We were delighted to connect with John Phillips, Judge Administrator with Drum Corps International and one of the most experienced marching band adjudicators in the world. A Canadian by birth and musical training, Phillips has an incredibly busy schedule. He kindly took a few hours to sit down with him for this enlightening, informative and respectful discussion about DCI and the commonalities it might share with the pipe band world.

Drum Corps International is celebrating its fiftieth anniversary this year. Founded in 1972 in Whitewater, Wisconsin, DCI comes from the tradition of drums and bugle corps.

Like pipe bands, it emanates from the military, and, also like pipe bands, expanded to the post-war civilian population. Musicians after their military service brought their knowledge to students as music teachers in schools, and high school marching bands evolved to what they are today.

DCI describes itself as “marching music’s major league.” It’s a governing body for junior drum and bugle corps based in Indianapolis, Indiana. DCI develops and enforces rules of competition, and for providing standardized adjudication, at sanctioned competitions throughout the United States and Canada.

Along the way, DCI expanded to include more than just drums and brass, and today all manner of instruments, including keyboards and synthesizers – essentially everything except woodwinds – and flourishing colour guard sections make up bands of dozens of performers.

There are only two “grades” in DCI: an “Open Class” that comprises high school students, and the elite “World Class,” which is made up of the best of the best. Musicians and colour guard candidates ages 18 to 22 will audition for spots in DCI bands. Those who make it, commit their four summer months to travelling North America eating, sleeping and performing their music with competitions every weekend.

Indeed, John Phillips compares DCI to a travelling circus, but with performers who are the very best in the world.

Interestingly, DCI also has an “International Class” for groups outside of the United States and Canada. Recognizing that countries in Europe and Asia have a keen interest in marching bands, but not the music teaching system in their public schools, DCI recognized that overseas bands can’t match the standard, at least right now, of North American groups.

With the infrastructure of teaching piping and drumming in Scotland’s schools, perhaps pipe band competition will eventually head in the same direction.

DCI recognized the need for more show, but always respecting the music. DCI groups will orchestrate and choreograph elaborate pieces. Like pipe bands, they are rich with original music, written especially for their competitions, but also incorporating familiar classics.

Rather than competing strictly for prize money, each DCI group receives a “guaranteed fee.” They all share in the gate and licensing receipts from their events.

Interestingly, while marching bands have proliferated, DCI’s World Class bands have not multiplied in number but, like our upper-grade pipe bands, they have become larger. “It’s less about having more, and more about having good quality in the organizations,” Phillips says. It’s an accent on musical quality and performance.

Elite World Class drums corps include the Blue Devils, the Cavaliers, the Academy, the Phantom Regiment, the Spirit of Atlanta, the Bluecoats . . . a total of 22, 13 of which were original charter members of DCI.

In addition to music, DCI is a marketing machine. Individual drum corps gain major revenues from merchandise sales, and DCI brings in money from gate receipts and its own products. DCI is the exclusive producer of all broadcasts of sanctioned competitions, including online streaming, and they license the rights to broadcasters, with its World Championships and other events licensed to major networks like ESPN and PBS. 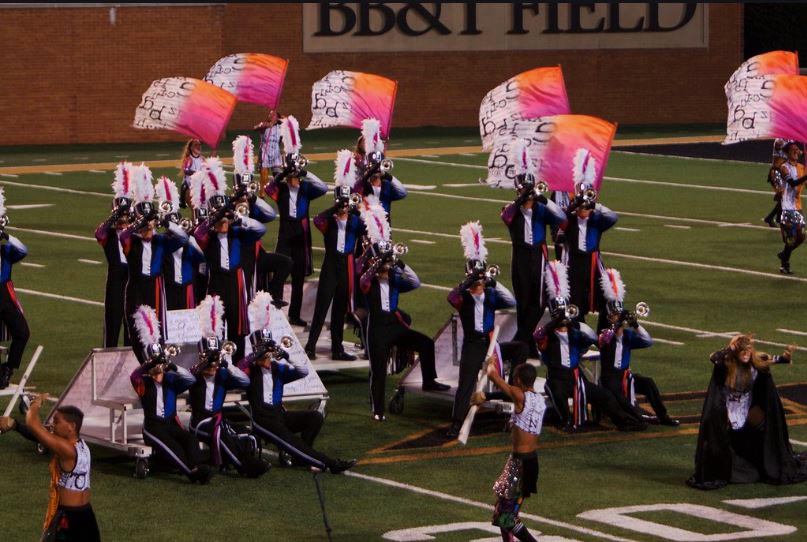 All of that revenue is ultimately shared with the performers – a crucial distinction from the pipe band world, where the performers in the bigger competitions – chief among them the World Pipe Band Championships – receive relatively paltry prize money in relation to gate and licensing receipts.

Are pipe bands just like drum corps? No, they are not. But there are remarkable similarities with what each has to offer. One side has recognized and grown their art into a “major league,” realizing the potential of what they have. The other side constantly struggles to build an audience, and gets frustrated that it’s still pretty much the parochial and clubby offering it has been for the last 100 years.

Maybe that’s okay, and we’re not suggesting for a minute that pipe bands create lavish multi-coloured interpretations of traditional uniforms, or parade around mid-performance in elaborate formations.

We hope you agree that it’s inspirational: we pipers and drummers and our respective associations might see what’s possible when you expand your thinking and proactively bring your art, performance and spectacle to new audiences. 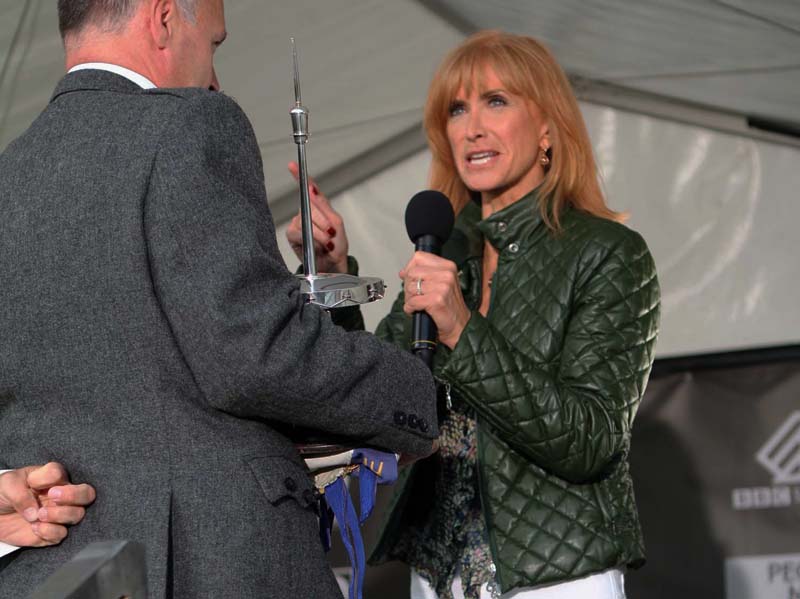