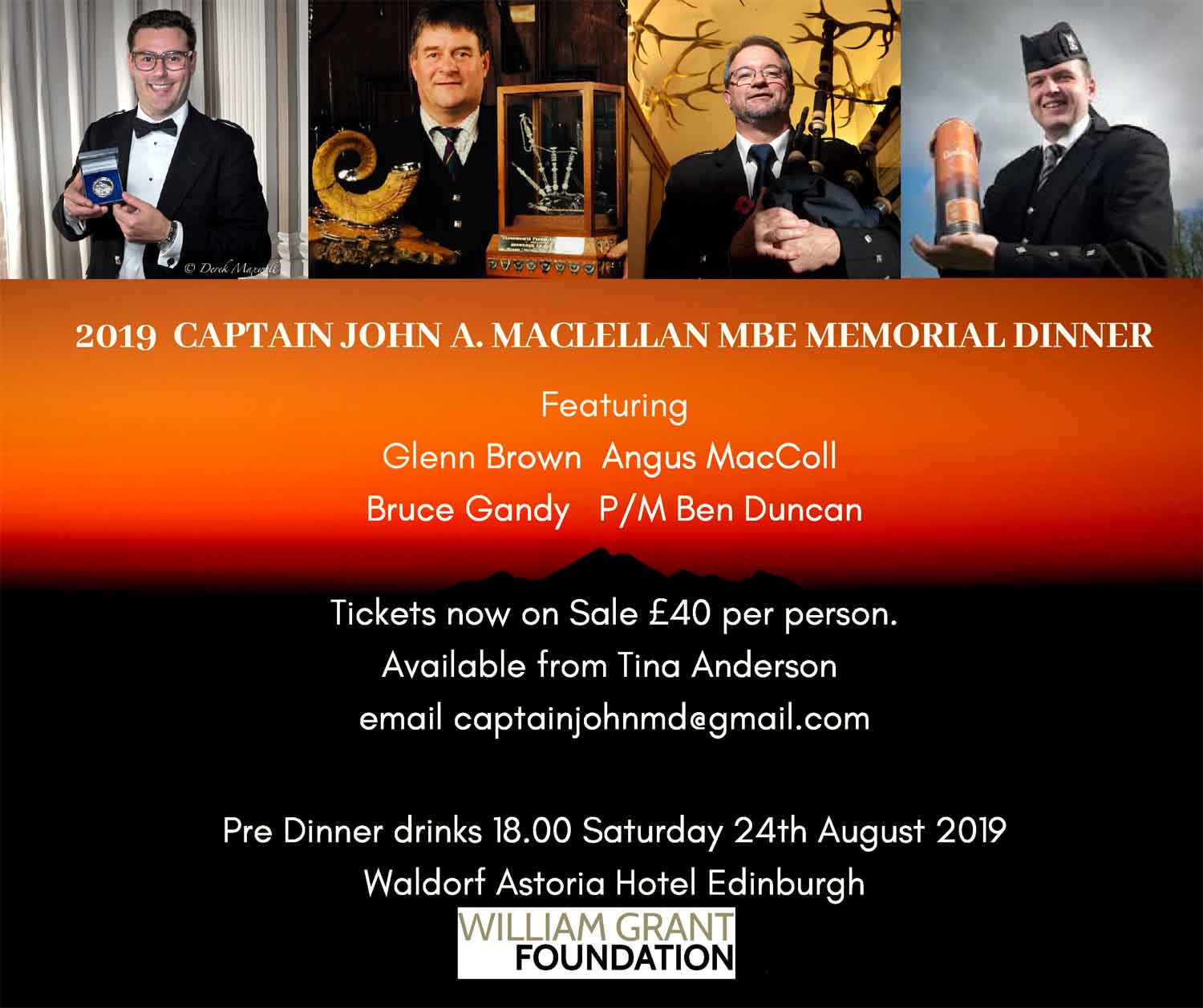 The annual Captain John A. MacLellan MBE Memorial Dinner on August 24 at the Waldorf-Astoria Caledonia Hotel in Edinburgh has rapidly become the most elegant event in piping, and, according to organizers, only a few tickets remain for the event.

Each piper is given a piobaireachd composed by MacLellan in an after-dinner recital atmosphere. Catered by the four-star hotel and sponsored in part by the William Grant Foundation, guests enjoy an atmosphere unlike any other, befitting the stature of the performing artists and the memory of the MacLellan, one of the great influences in the history of the Highland pipes.

Tickets are priced at £40 and can be reserved by email request.

The winner of the 2018 Captain John A. MacLellan MBE Memorial Medal was Glenn Brown.

Captain John MacLellan was named as one of the greatest 20 pipers in history by a panel of experts assembled by pipes|drums in 2014.