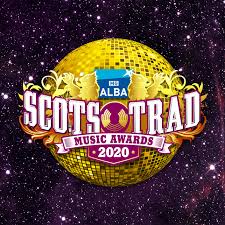 Piping luminaries Fred Morrison and Gary West have been elected to the MG ALBA Scots Trad Music Hall of Fame for their lifetime of contributions to the Scottish musical arts.

“I was very surprised and delighted!” West commented to pipes|drums. “So many of my musical heroes have been inducted into it over the years so it feels such an honour to be in that company. And I’m especially thinking of the Duncan family who have three members who have been recognized in this way – Ian, Gordon and their father, Jock. The family has been through such heartache recently, so they are very much on my mind. But, yes, I’m very chuffed to be inducted!”

Gary West is known throughout the piping and drumming world on several levels, including his work as presenter and producer of BBC Radio Scotland’s weekly Pipeline broadcast. As a Highland piper, he started through the Vale of Atholl Pipe Band teaching program, and he was a member of the Grade 1 band for many years. He was a member of the Celtic folk groups, Ceolbeg, for 12 years, touring and recording extensively, and was part of the Celtic “super group” Clan Alba, and a performer on Highland and bellows pipes, whistles, guitar with many artists.

Fred Morrison is one of the greatest pipers of the last hundred years. He’s won both Highland Society of London Gold Medals (Oban 1986, Inverness 1991), among many other awards, including the winner a record 10 times of the MacCrimmon Trophy for competing in Scottish, Irish and Breton idioms at the Festival Interceltique in Lorient, Brittany. He continues to compete, but it is his virtuoso live and recorded performances and compositions that have gained him the most fame worldwide.

“It’s always good to be given recognition of any kind, but for me the most important thing is that it helps to bring piping to the fore and creates awareness of our culture in the Celtic music world,” Morrison said. “It really is amazing how far I’ve seen things develop for piping in this way over the years.”

His recordings are celebrated as some of the best ever made in piping, and his compositions are played by pipe bands at every level and in every country. He’s also a manufacturer of small pipes, and often sponsors events with a donation of his instruments, including as the grand prize for the annual Pipe Idol competition for young international players at the Piping Live! Festival.

Morrison and West will be inducted on December 11th in the first episode of a two part online program that takes the place of the gala event that was to have been held at Caird Hall in Dundee, Scotland.

Others inducted to the Scots Trad Music Hall of Fame this year: Johnny Cunningham, The Easy Club, Addie Harper Jr., Norman Kennedy, Johnny MacLeod, Nicol McLaren, Jim Reid, The Old Blind Dogs, and Margaret Stewart. Stewart is a great friend of and contributor to the piping community, as was Cunningham, a fiddler who sadly died several years ago.

Both Morrison and West have been contributors to pipes|drums for more than 20 years, and we extend our congratulations to them on their much deserved honour.