Get them CPA applications in before Nov. 30 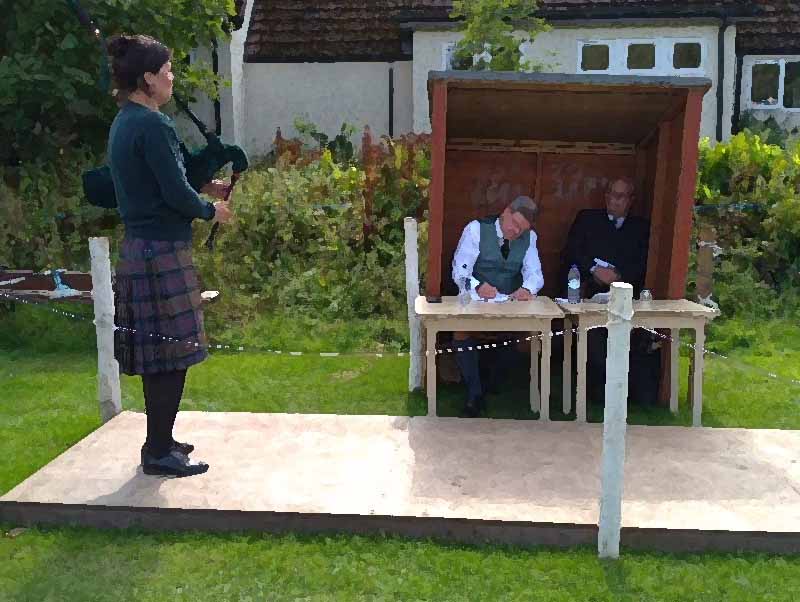 The Competing Pipers Association wants to be sure that any pipers planning or aspiring to compete in solo competitions in the UK or Silver Medal qualifying events around the world get their grading applications to them by November 30.

“It’s a reminder to all remaining pipers who haven’t already applied (thank you to those that have) that all grading applications are due November 30,” said CPA President Glenn Brown. “However, the sooner the better, as the grading committee will be meeting the next day to review every players application. If no prior or current track records, recordings are encouraged to be submitted so the appropriate grade can be given. If members/players are late in applying, this could result in a grading of C.”

On December 1, applications will be reviewed by a grading committee, which consists of eight Premier-grade members, four of whom are non-Scottish, “ensuring a thorough and fair grade for every member,” Brown added.

Brown also stressed that the organization is encouraging all solo competition pipers to consider becoming a CPA member.

“This will help the CPA in keeping up to date of players current track records and results, he said. “With 232 current members, we are trying to continue to push the standards of solo piping. Involvement in the CPA helps this growth and raising of standard happen through our international/global members.”

Brown said that the CPA is in discussions to further the association’s involvement and development with the Royal National Mod and the Scottish Highland Games Association, a group that looks after everything from tourist marketing to trade stalls to piping and drumming and Highland dancing.

“In meeting with the SHGA, we hope to encourage members, but in fact all pipers to take part in their local Highland games,” Brown said, “thus trying to ensure stronger and healthier contests for pipers and Highland games organizers.

The CPA is the only association in the UK that looks after solely the competition interests of solo pipers. Members of the organization are “Senior ” pipers 18 years and older. Anyone who competes in Senior competitions in the UK is technically a Professional or Open piper outside of the UK. Those younger than 18 have to compete in “Junior” competitions in the UK, regardless of their grading elsewhere.

The UK and Ireland are the only significant piping jurisdictions in the world that go by age, rather than strictly ability. North America, Australia and New Zealand organize events for “amateurs,” generally graded 1-4.

The UK’s Competition League of Amateur Solo Pipers (CLASP), run by the National Piping Centre, stages some competitions in the UK for adult solo pipers who don’t wish to compete against CPA-graded pipers.

The CPA was started in the late 1970s primarily as a union of competitors who had had enough of the huge entries in the Highland Society of London Gold Medal events at the Northern Meeting and Argyllshire Gathering. The organization established the Silver Medal as a way to reduce numbers and better assign players to their capabilities. It has since grown to nearly 300 members worldwide, with C, B, A and Premier gradings in each of Piobaireachd and Light Music. The Premier grade is reserved for those who have gained some of the highest awards as an A-Grade player.

Last year the organization further refined the Silver Medal process by introducing qualfying competitions for the 2020 events. Brown said that the system is to be adjusted based on learnings and input, and that “plans for future Silver Medal qualifications process are currently being discussed and will be disclosed as and when they are ready.”

The organization is governed by actively competing pipers who are elected by the membership. Glenn Brown was elected to a three-year term in 2017, along with Callum Beaumont as vice-president. Both hold Premier gradings with the association.