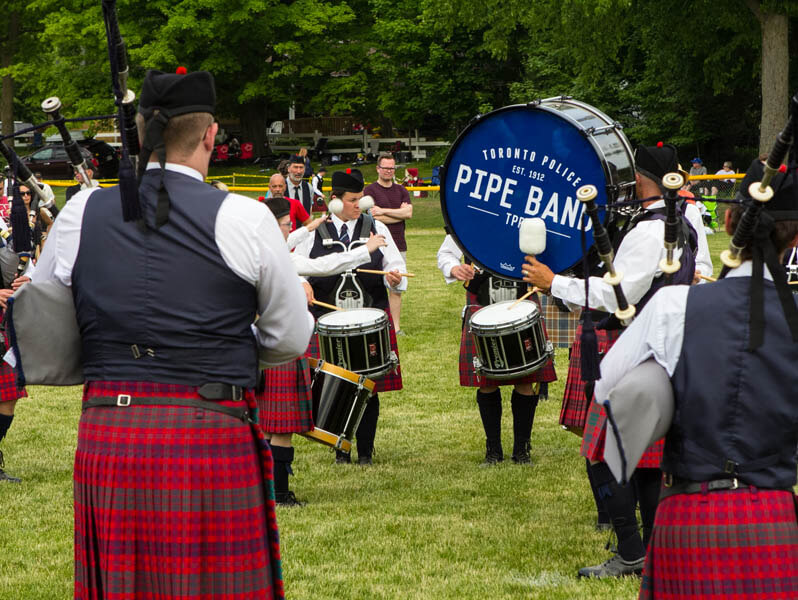 Following revelations that an additional Grade 5 band and an intention to upgrade existing groups to Grade 2 and Grade 3 status, the news from the Toronto Police Pipe Band organization continued, this time a little less optimistic.

The Grade 1 Toronto Police is still searching for a suitable lead-drummer to replace Craig Stewart, who left the band after the 2018 season. Despite receiving several applications, and narrowing the search to two strong finalists, the band has been unable to settle on a permanent solution.

“To date, the Toronto Police Grade 1 Pipe Band lead-drummer position remains vacant,” said Pipe-Major Sean McKeown. “We were working very closely with two top candidates, with a ton of skill and experience, who I believe would have added tremendous and immediate value to the overall goals and structure of the Toronto Police Pipe Band organization. Unfortunately for us, there were timing and logistical constraints with those candidates, that at least in the short term, we have not been able to overcome.”

McKeown went on to say that the band will continue its search and that they invite further expressions of interest, but that, if they are unable to secure a leader in “the near future, the Grade 1 band will plan to withdraw from competition for the 2019 season.”

Such a move would be a major blow for the already struggling Grade 1 Ontario competition scene, essentially leaving it uncompetitive with only the 78th Fraser Highlanders active, and no sign of any of the three Ontario-based Grade 2 bands being upgraded in 2019. The Ontario circuit in the last few years has seen the Ottawa Police Service and Peel Regional Police stop competing or be downgraded, and the once deep Grade 2 ranks have witnessed a similar decline.

The Toronto Police and other pipe band organizations have recognized the need to develop talent, and those efforts are beginning to bear fruit.

“In the interim we will continue to seek an appropriate person to lead, and continue our organizational focus on development through our lower grade bands,” McKeown added. “The Grade 3 band had local success last season, in addition to placing sixth in Grade 3B at the World Pipe Band Championships and winning the drumming in that category. We will also be heavily investing in the future with our Ryan Russell Memorial development bands, with Ian K. MacDonald and Doug Stronach running the higher grade Ryan Russell Memorial group, which should be a really exciting venture for talented local youth to be a part of.”

The city of Toronto is regularly listed at the top in various international rankings as one of the world’s most livable cities.