Born in Coppercliff, Ontario, on March 20, 1942, he is one of the most celebrated leaders and probably the most documented personality in the piping and drumming history.

The first North American to win each of the Highland Society of London Gold Medals. The leader of the first non-Scottish pipe band to win a World Championship. The first pipe-major to have won both a World’s and a Clasp at the Northern Meeting. The first pipe band leader to write and publish a best-selling memoir on his life so far. The first solo piper to compete regularly and successfully into his seventies. The first 75-year-old member of a Grade 1 band to compete at the World Championships.

So, what more can be said about this man of many firsts?

pipes|drums was fortunate to be able to meet Bill Livingstone online for a 15-minute conversation to mark and celebrate the occasion of his entry into his ninth decade to find out what more there might be to say, what more he still wants to achieve, what else he might contribute to the collective piping and drumming world.

We hope that you enjoy our check-in with this man of firsts, and to celebrate the occasion with him.

Here’s a selection of images of Bill Livingstone from the pipes|drums archives: 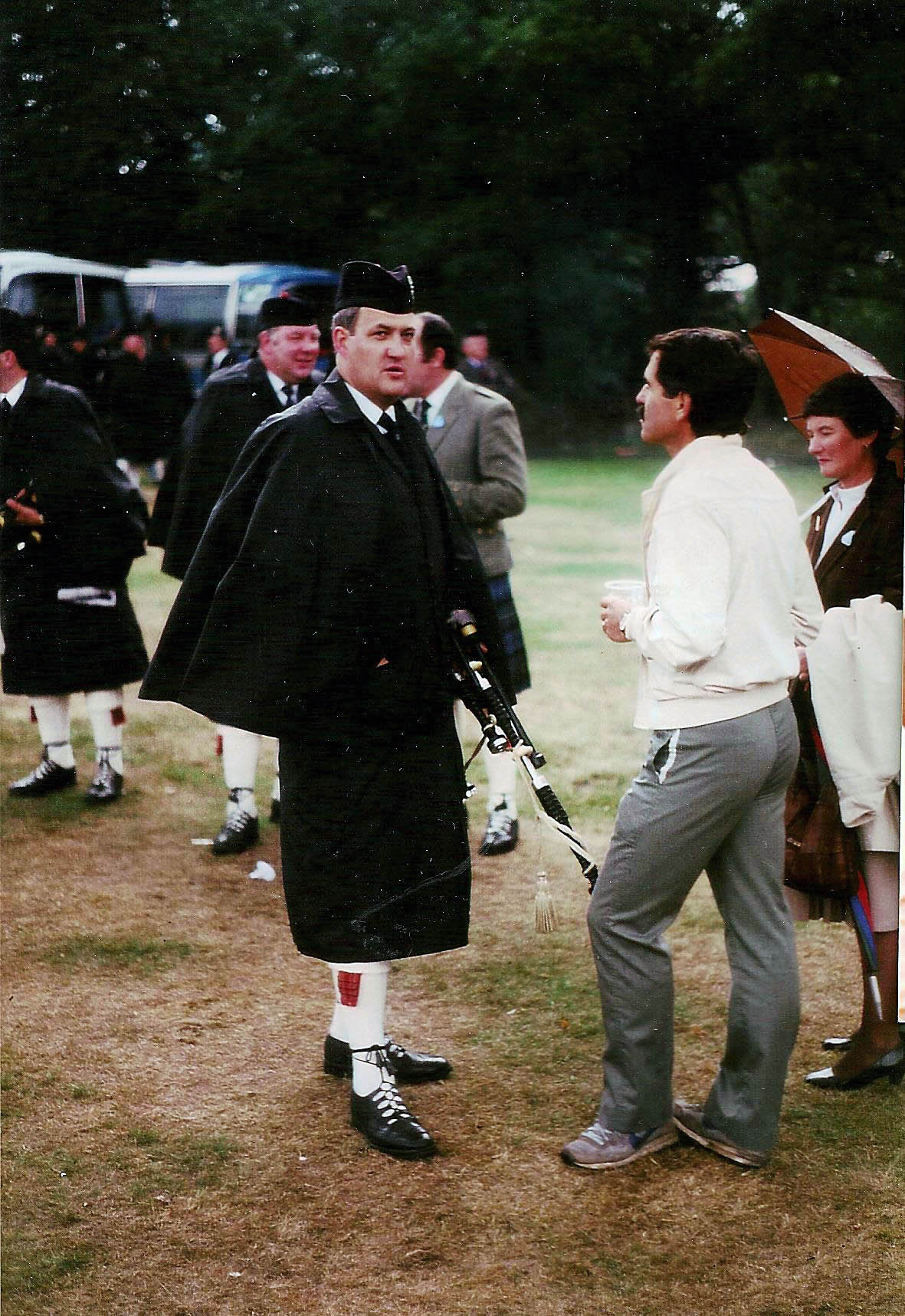 Happy eightieth birthday, Bill, and here’s to many more to come!

From the archives: Pipe Fitter, with Bill Livingstone
January 24, 2019

World’s will be Livingstone swansong
July 30, 2017

Livingstone to be Guest of Honour at Maxville
April 7, 2017