Historical novel about Angus MacKay rolls off the press 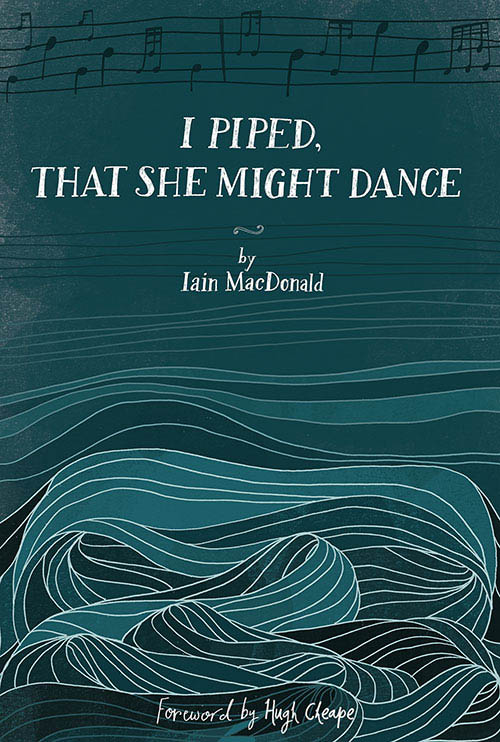 Publisher Blackwater Press has announced that I Piped, That She Might Dance, the historical novel about the great piper Angus MacKay, written by long-time pipes|drums contributor Iain MacDonald, is now available for purchase and ready to ship.

The first books arrived this week off the press in Scotland, and distribution begins immediately in the UK through either Blackwater’s website or via the National Piping Centre shop.

Books printed in the USA will ready by the end of September, and in Canada the book has been printed and will be ready for distribution within the week, and MacDonald said that pre-orders for the book have been brisk.

“It’s been a long process, and complicated in various ways by the pandemic,” MacDonald said. “I’ve been extremely grateful for the continued interest and support for the book, and delighted that we’re so close to having them in people’s hands.”

Revealing, sensitively written and eminently readable. It is an imagined autobiography of Angus MacKay, piper to Queen Victoria, but it is well-informed and thoroughly researched and convincing. – John Purser

Advance praise for the work includes this from John Purser, author of Scotland’s Music and researcher at Sabhal Mòr Ostaig:

Revealing, sensitively written and eminently readable. It is an imagined autobiography of Angus MacKay, piper to Queen Victoria, but it is well-informed and thoroughly researched and convincing. Besides piping, it provides insights into the social life of the time, from croft to palace, as well as into the treatment of mental illness. Iain MacDonald is to be warmly congratulated.

I Piped, That She Might Dance is priced at CAD$24.99 plus shipping from Reelpipes, or US$18.99 plus post from Blackwater Press.

pipes|drums published exclusive excerpts from I Piped, That She Might Dance last year.

Angus MacKay was voted to pipes|drums’ 2014 list of the 20 Greatest Pipers in History.

Iain MacDonald was voted to pipes|drums’ list of the 15 Greatest Living Canadian Pipers & Drummers, published in 2017.

Second exclusive excerpt from ‘I Piped, That She Might Dance, the Lost Journal of Angus MacKay, Piper to Queen Victoria’
April 9, 2020