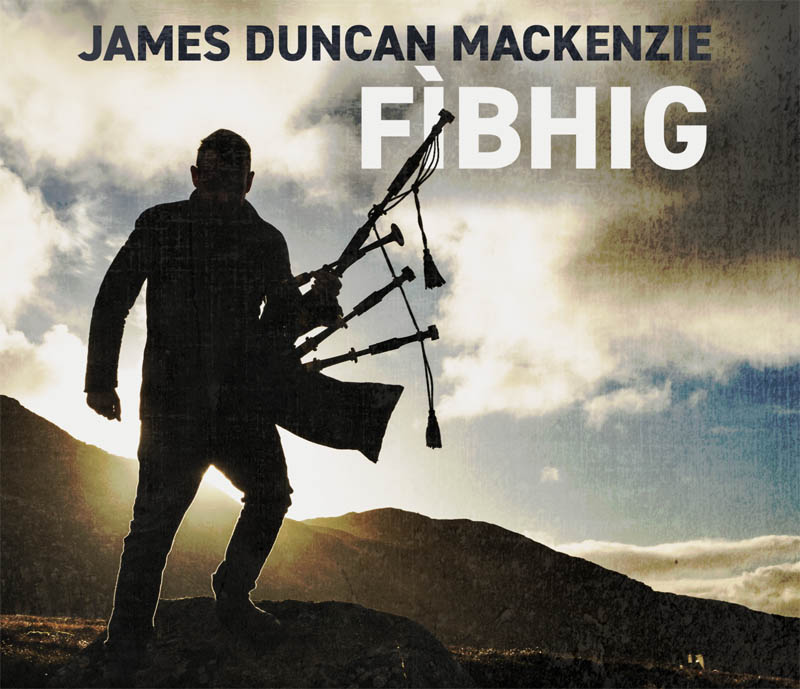 After putting out a collection of music and two full-length recordings in the last few years, 2019 Northern Meeting Silver Medallist James Duncan Mackenzie of the Isle of Lewis in Scotland has completed his third solo piping recording, expected to be available on Bandcamp and via CD in February.

Titled Fìbhig (pronounced pronounced Fee-vik), from an old Norse name meaning “of a bay and hamlet,” the album will feature 10 tracks comprising 19 tunes and one song, all composed and recorded over the last two years by Mackenzie at his home studio.

“The tunes on the album are very much inspired by place, people and island life,” Mackenzie said. “Fìbhig is the name of a small village, of only two houses, at the end of road we live on in Shawbost on the west side of Lewis and is a beautifully rugged and wild place. It has been a bit of a journey working on this recording and learning more about the home recording process along the way. I was very grateful to have some wonderful guest musicians and singers join me on the album who also recorded contributions from their homes.”

The tunes on the album are very much inspired by place, people and island life. – James Duncan Mackenzie

All of the music on Fìbhig can be sourced in The James Duncan Mackenzie Collection, which he released last December.

As with his previous albums, Mackenzie plays Highland pipes, wooden flutes, whistles, and guitar. He’s joined on the album by fiddler Alasdair White, John Lowrie on piano and harmonium, guitarist Innes White, Luc Mcnally on guitar and bouzouki, and Allan Nairn on melodeon.

Fìbhig is currently available to pre-order via James Mackenzie’s Bandcamp page, where you can listen to a sample track.

Mackenzie’s second album, Sròmos,, was voted Recording of the Year in the 2018 pipes|drums New Year’s Honours.