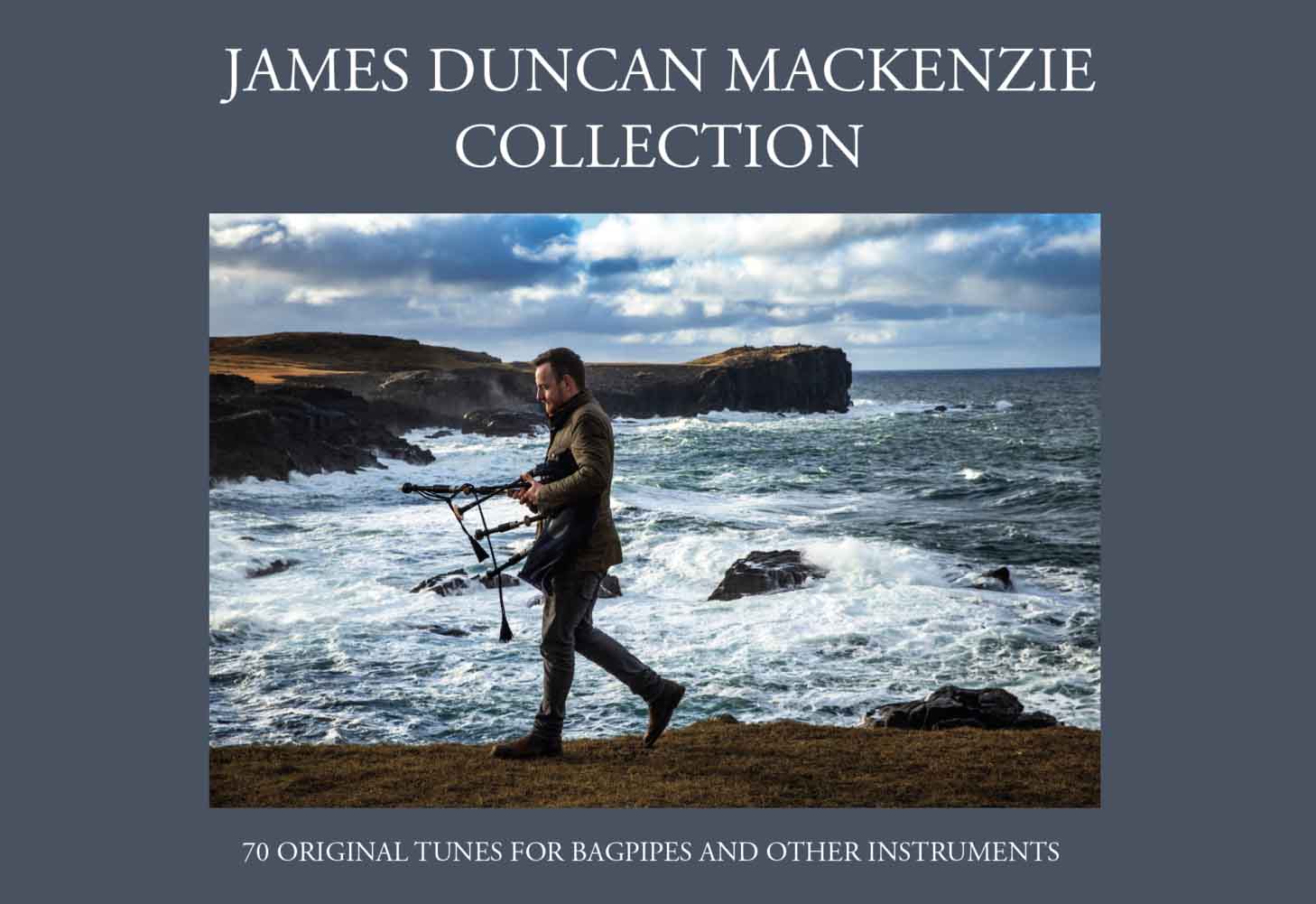 James Duncan Mackenzie, the 2019 Northern Meeting Silver Medallist and recording artist, has brought out his first collection of original music, comprising 70 compositions, 52 for Highland pipes and 18 for other instruments that exceed the usual capabilities of the pipes.

The James Duncan Mackenzie Collection follows his two solo recordings, the last being Sròmos, which was voted Recording of the Year in the 2018 pipes|drums New Year’s Honours. Mackenzie foreshadowed the release of a third solo recording in late 2022.

“The collection is made up of many of the tunes I’ve written over the last 15 years or so,” Mackenzie said in a statement. “I hope the tunes in the book will cater to a diverse range of pipers and other instrumentalists and that people will find something that they enjoy playing.”

He’s had good success with musicians and pipe bands playing his stuff, including Field Marshal Montgomery using his “Smelling Fresh” in a recent medley, and his experience playing in ensembles goes back to several years with the Celtic folk group, Breabach.

Mackenzie is a native of the village of Back on the Isle of Lewis and now lives in Siabost. He was taught piping first by Nick Gordon and later by the late legend Iain Murdo Morrison.

In addition to his recordings, you can get the book for £20 from his Bandcamp page.