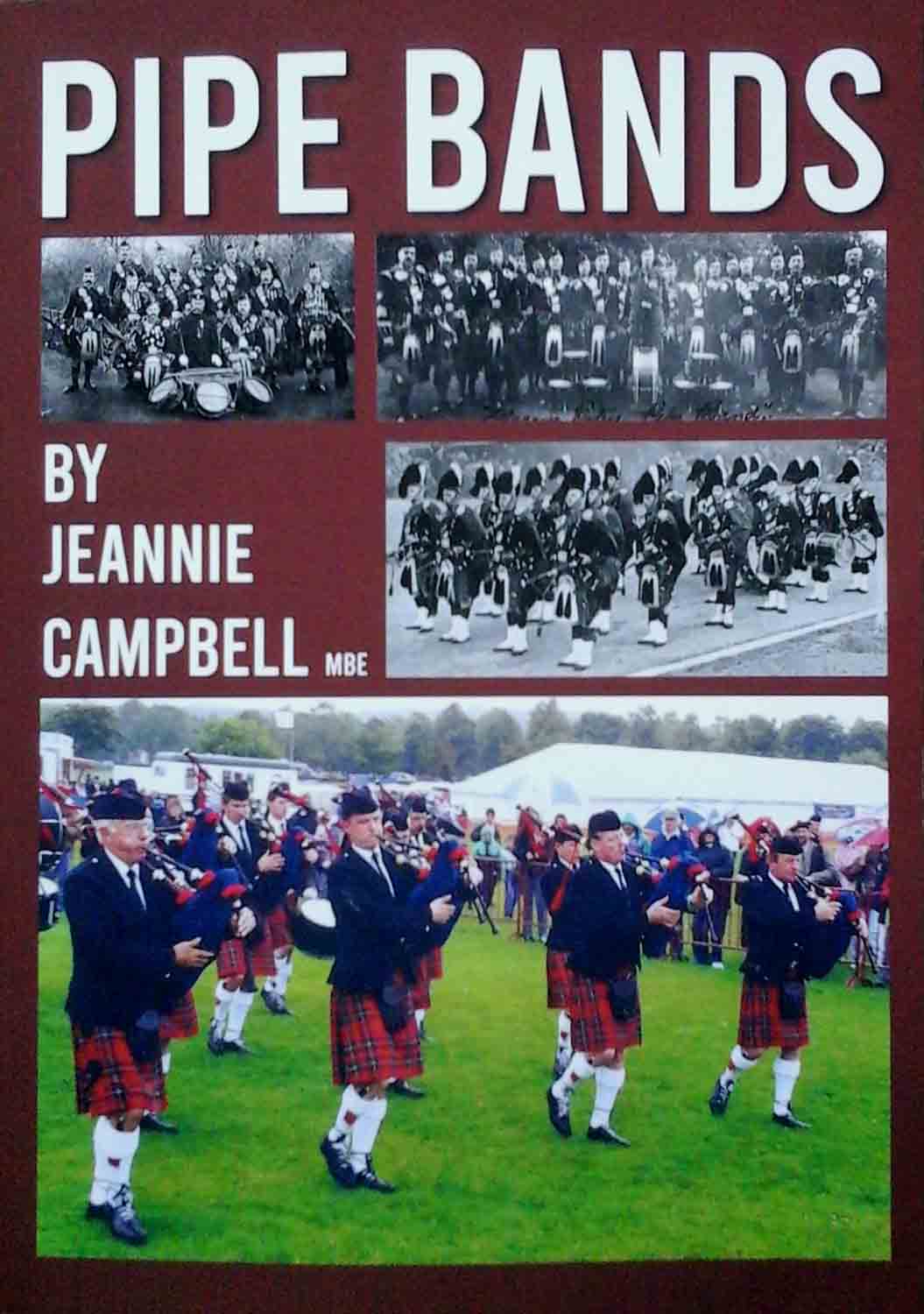 Jeannie Campbell, a frequent contributor to pipes|drums, has written and published Pipe Bands, an 850-page book on the origins and history of pipe bands around the world.

“Why did I write this book?” commented on how Pipe Bands came about. “That is something I have asked myself several times over the last five years during which it has been a work in progress. It began soon after I finished with Pipe Makers. While searching newspaper archives I had seen many references to pipe bands, so when I had more time I made a more methodical search covering references to bands from the earliest onwards, including both Scottish and other newspaper archives.”

Campbell scoured the archives of piping and drumming publications, including pipes|drums, for historical material, and sought out experts from around the world for their knowledge and insights into pipe bands past and present.

Pipe Bands includes details of band competitions from their earliest years, profiles of successful bands, and “how the rules, methods of judging and playing requirements have changed over the last 125 years,” she said.

There are chapters on the early origins of bands, volunteer bands, school bands, ladies bands, Boys Brigade bands, juvenile bands, bands during the two World Wars and bands in all parts of the world.

I have given the stories of some of the lesser-known bands, as their histories illustrate how bands have formed and developed over the years. – Jeannie Campbell

“While it would be impossible to include every band, I have tried to note the earliest bands in each country and the bands that have visited Scotland,” she continued. “Famous bands are covered, but I have also given the stories of some of the lesser-known bands, as their histories illustrate how bands have formed and developed over the years.”

“I added more from old piping magazines, competition programs and information supplied by many people around the world,” she continued. “The book just kept on growing and developed into the monster that has now become, with over 850 pages, A4 size and weighing more than two kilograms.”

The size and weight of Pipe Bands led Campbell to engage McGillivray Piping as the sole dealer for orders in North America, resulting in reduced shipping costs to the US and Canada. The book is expected to be available in North America next week, and can also be sourced from the National Piping Centre.

Campbell said that the book will be priced at £30 plus applicable taxes and shipping.

The Pipemakers: The MacDougalls

The Pipemakers: R.G. Hardie and Weatherston