Keeping on keeping on . . . leaders of top bands on holding things together 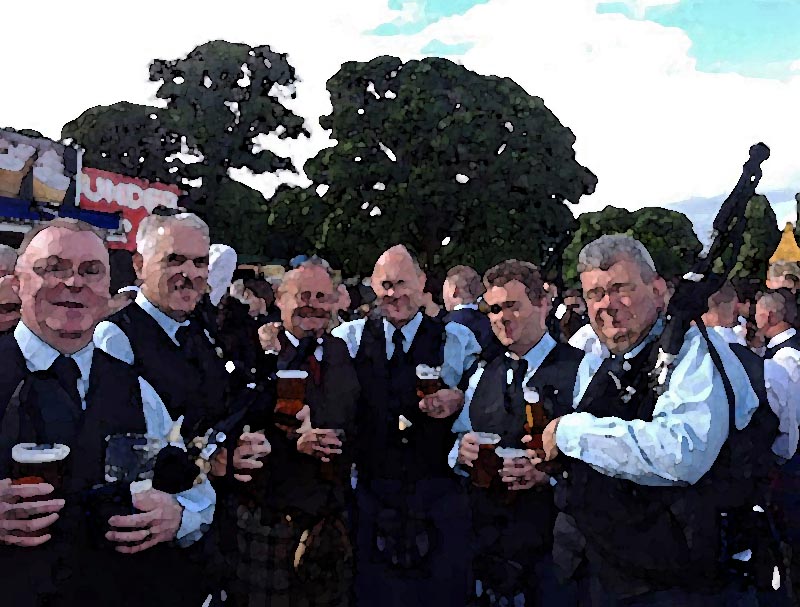 The world health crisis is forcing everyone to hunker down, many countries asking people to self-isolate at home.

Piping and drumming is just a hobby for the vast majority of players, but for those in competition bands it’s far more than that. It’s a passionate avocation. Life without the band leaves pipers and drummers in a state of loss or limbo. There’s an absence in their lives.

They can’t get together without extensive “social distancing,” but it’s probably inadvisable to be around so many mouth-blown instruments. Besides, practice halls are shut anyway.

Worst of all, they can’t even go to the pub to debate the latest pipe band musical arrangements and association politics.

Seriously, without the ability to get together in-person for weekly practices, how are bands coping? There’s an absence of camaraderie, but there’s the pure fact that bands need to practice to polish their skills as they prepare for competition. 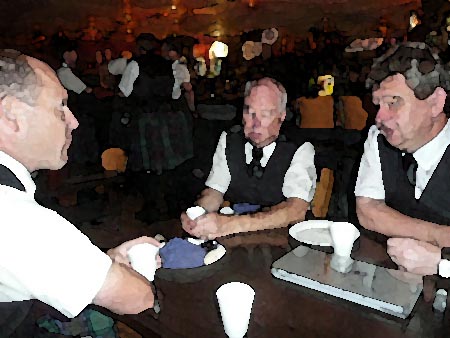 And with so many competitions being cancelled, and an entire season in limbo, how are pipe bands keeping members engaged and on top of their game in the event that competitions actually happen?

“The band is obviously unable to hold in-person practices, so we’ve been experimenting with online conferencing methods in order to keep band members engaged,” said Alan Bevan of the Grade 1 Simon Fraser University Pipe Band of Vancouver. “There are many good options out there. Online conferencing and the use of recordings are not completely new things for us; we have been using these methods to connect with our out-of-town players for several years now.”

Indeed, many pipe bands around the world were early adopters of online and digital tools to communicate and even hold virtual practice sessions years, even a decade or longer before now. For some, it’s almost pipe-banding-as-usual, and even allowing them to get a head-start on new material as members have more time with their practice chanters and drum pads.

“We will also use this time to look ahead at music for farther down the road.” – Doug MacRae

“We are holding individual Skype sessions with members in an attempt to mitigate lost time together,” said 78th Fraser Highlanders Pipe-Major Doug MacRae. “We will also use this time to look ahead at music for farther down the road.”

Grade 2 New York Metro Pipe-Major Mike Mahoney also looked on the brighter side. “Things are looking pretty bleak, but fortunately we can leverage low/high tech options to get at least check-in on how the personnel is coping without regular rehearsals,” he said. “We’re taking things day-to-day at this stage but the plan is still appear should there be a competition to be had.”

There’s an unusual spirit of optimism through this uncertain and extraordinary situation. Rather than putting more pressure on members, Grade 1 Johnstone of Scotland and its various youth operations are working to make sure that the band is not part of their worries.

“Johnstone’s bands have fully locked down,” said Pipe-Major Keith Bowes. “I have asked for everyone to forget all the pressures that come with competing and to play for their own enjoyment if they so wish. I will not be asking for any recordings or other things until we are in a position to determine if we will be competing at all this season. The group chats are filled with support and camaraderie at this time, and focus will be on remaining as a group to help each other out when someone needs it.”

“We hope that the band will come back even stronger, both musically and socially at the conclusion of these difficult times.” – Keith Bowes

He’s even anticipating that Johnstone might actually gain as a group through all of this. “We hope that the band will come back even stronger, both musically and socially at the conclusion of these difficult times,” Bowes said.

SFU’s Bevan concurs: “It goes without saying that keeping the band connected and active is not only important from a musical standpoint, it’s also crucially important to ensure that we continue to have some social engagement among the members of the band.”

Camaraderie and chemistry contribute to success, as any team knows, and mental well-being and positivity will pay dividends when it comes time to flatten the grass with a sound. 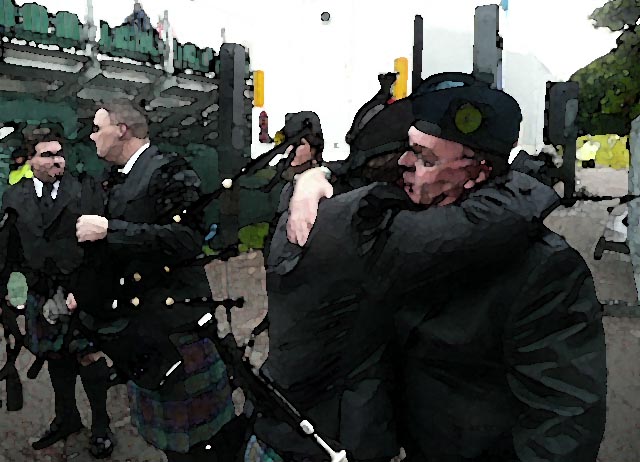 Events that hinge on local governments and grants in order to take place are being cancelled outright, chief among them the first three of the five RSPBA major championships. With only the Scottish and World’s left in the balance, it’s difficult for bands that planned or plan to compete in those events to know what to do.

Arrangements, deposits or even full advance payments for travel and accommodation need to be made, if they haven’t been already. Knowing whether to make them or, on the other hand, attempt to get refunds, is leaving many of the globe’s pipe bands and their members siting on an edge, and funding issues are making things worse.

“We were forced to cancel all but one of our March appearances and virtually all our fundraising efforts,” Mahoney said. “This includes our corporate performances on Wall Street, and even a stint on ‘Fox and Friends’ where we raise a large portion of our annual travel budget in one day alone. We’d earmarked that money for two trips this year, but at this point not sure what we’re realistically able to commit to.”

A few far-travelled bands have indicated that they are close to pulling the plug on their plans to attend the World’s, even before the RSPBA makes an announcement one way or other. So far, the association has not said a word to its permanent or “overseas” members about World’s discussions, keeping thousands of pipers and drummers on tenterhooks, but also keeping hope alive.