On the heels of adding a piping instructor, St. Columba’s School in Kilmacolm, Scotland, is searching for a snare drumming instructor to teach part-time at the exclusive private school just outside of Glasgow.

The successful applicant would be self-employed and must have experience working with school pipe bands and carry at least a diploma in a recognized music course or an equivalent snare drumming qualification.

Teaching would entail a minimum of three days each week with both Junior and Senior students, assisting with pipe band rehearsals and events, working alongside Piping & Drumming Program Manager Gordon Bruce, one of the world’s top solo pipers.

The new teacher would replace Steven Nelson, who’s leaving the role after the holiday break.

Applications need to be submitted by email by 4pm January 6, 2023, and interviews will start January 16th.

The school’s Novice Juvenile B band enjoyed a successful 2022 competition season, winning the UK and Scottish Championships, taking second at the European, and third at both the British and World’s.

St. Columba’s, situated in the scenic Inverclyde area of Renfrewshire, is a non-denominational, co-ed, fee-based school for students from age three to 18. The school is one of dozens in Scotland, both private and public, that have sophisticated piping and drumming and pipe band teaching programs. 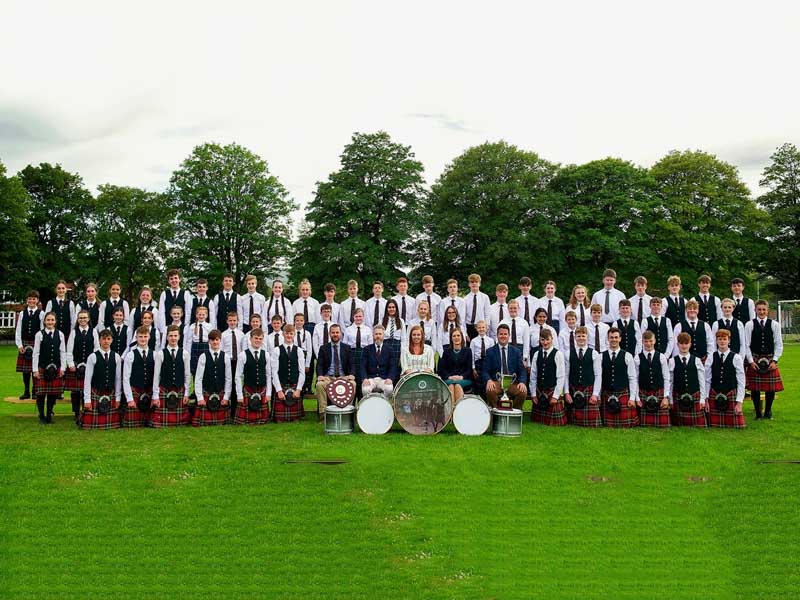