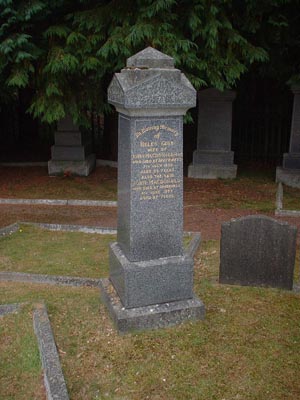 His obituary appeared in the Oban Times on June 13, 1953, of which the following is a slightly abbreviated version:

It is with deep regret…announce the death of John Macdonald which took place at Inverness on Saturday. He was in his 88th year. On one occasion Mr. Somerled MacDonald, one of the foremost amateur pipers of the day, said to me ‘If I were to practise 12 hours a day, I feel that I might in time prove the equal of all the leading professional pipers of the day – all, that is, except one, and he is John Macdonald. Him I could never hope to equal. In the playing of Piobaireachd there is, in my opinion none who is anywhere near him.’

This remark impressed me as coming from an experienced judge of piping – one who had for many years judged at the Northern Meeting. In the ranks of professionals, there was the same tribute to John Macdonald—he was, like MacCrimmon of old, undisputed King of Pipers. When he was made honourary piper to King George V, his modesty was such that he considered the honour to be in no wise a personal one but a tribute to the Great Music of the Highland Pipe.

It is not easy to convey words the qualities which render a musical genius pre-eminent. There was in John Macdonald’s playing a sureness and delicacy of touch allied with brilliance of execution.

As a piper of renown, himself a professional, wrote to me, ‘He was able to lay bare, even to those who were not initiated, the heart of a Piobaireachd and its very soul.’ There are comparatively few persons now living who remember John MacDonald at his best. To have heard him is one of the great experiences of life. Like the playing of every musical genius, it all sounded so simple–the theme notes beautifully clear, the grace notes played with lightning-like rapidity but still clear and distinct. From his beautifully tuned pipe came a flow of pure melody. During the many years I was 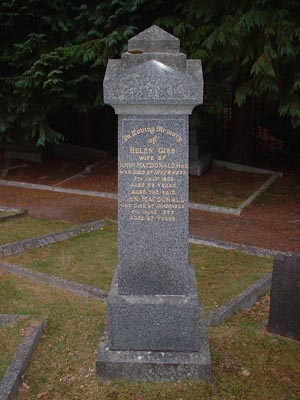 privileged to be his pupil I never heard him play indifferently. On one memorable occasion, it was, I think, in the spring of 1927, I heard him play ‘The Earl of Antrim’ and then, his pipes going perfectly, carry straight on with ‘Donald Ban MacCrimmon’. If there was any part of Piobaireachd in which he excelled it was the crunluath, its doubling and the amach. The speed and accuracy with which he played these testing gracenotes caused the theme notes to sound clear and what was left to be a flood of beauty. I remember that after one of his Empire Broadcasts, an Australian listener wrote to me that his brother had just emerged from the trance into which the great piper had thrown him… Musicians are generally considered to be temperamental, and John MacDonald was no exception. But his iron will-power made him master of himself under all conditions…

One of his best performances was in the early hours of the morning in the Edinburgh studio when he played in an Empire Broadcast the great MacCrimmon Piobaireachd ‘The Kiss of the King’s Hand’. It fell to me to introduce him to his unseen audience. As a man John Macdonald was outstanding. His high standard of life, integrity of character, kindliness and generosity, are things to remember, for he was an inspiration to all who saw behind his reserve. He was more than a gentleman . . .

The inscription on MacDonald’s stone reads:

See also
Interviews
Andrew Wright: the 1995 pipes|drums Interview – Part 2
News
‘Names and Places 2023’ concert gets big-name endorsements
Read all in News
Get the Newsletter!
Sign up to receive our most popular stories in your inbox every month.
Thank you, you have successfully subscribed for our newsletter, please check your email
We use cookies on our website to give you the most relevant experience by remembering your preferences and repeat visits. By clicking “Accept All”, you consent to the use of ALL the cookies. However, you may visit "Cookie Policy" to provide a controlled consent.
Cookie PolicyReject AllAccept All
Manage consent