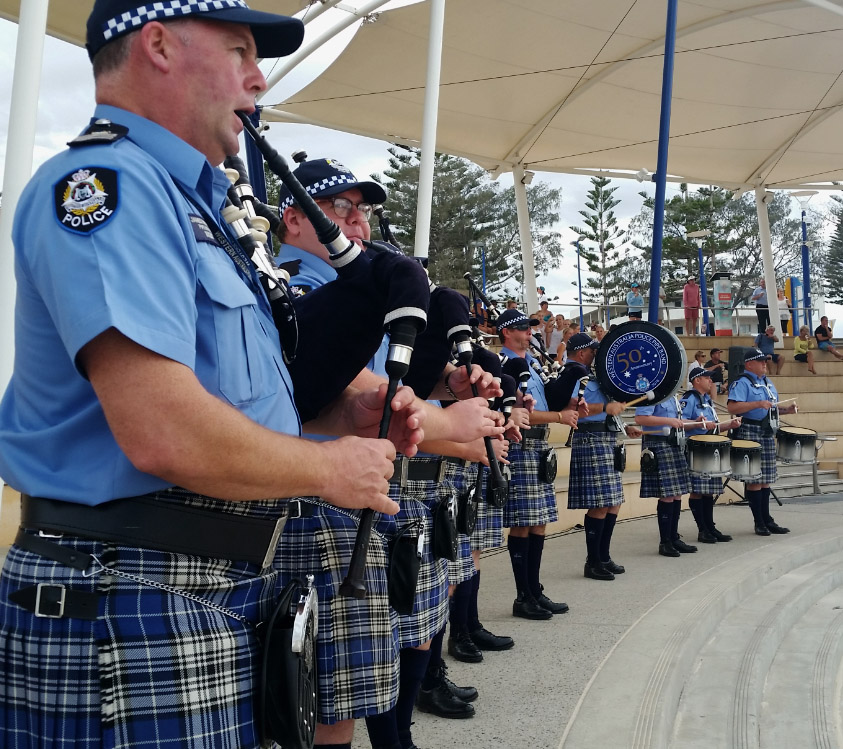 Alisdair McLaren has been hired by the Western Australia Police to run its pipe band. The move follows a lengthy search by the police force to replace James Murray, who left the role in 2019.

McLaren had been officially pipe-major of the Grade 1 Glasgow Police Pipe Band, gaining the role in September 2019, but never actually taking the band into competition when he decided to leave Scotland for Australia in early 2020.

The Western Australia Police Pipe Band competes in Grade 1 but only in Australia. The band used to travel actively to New Zealand and Scotland. The police force allows travel outside of the state of Western Australia or the country, but only with permission.

It is not known whether the band will compete in New Zealand or Scotland going forward. With the band located in Perth, the furthest west major city in the expansive country, even travelling to competitions in the Sydney, Melbourne, and Brisbane areas is a major cost.

McLaren had served as pipe-major of WAPOL in 2005 and 2006, and was pipe-sergeant of the Glasgow Police from 2016-’18, and for many years was a piper with Grade 1 Field Marshal Montgomery. He worked at the National Piping Centre and ran the organization’s National Youth Pipe Band.