Opinion: At what age do we forget who we are? 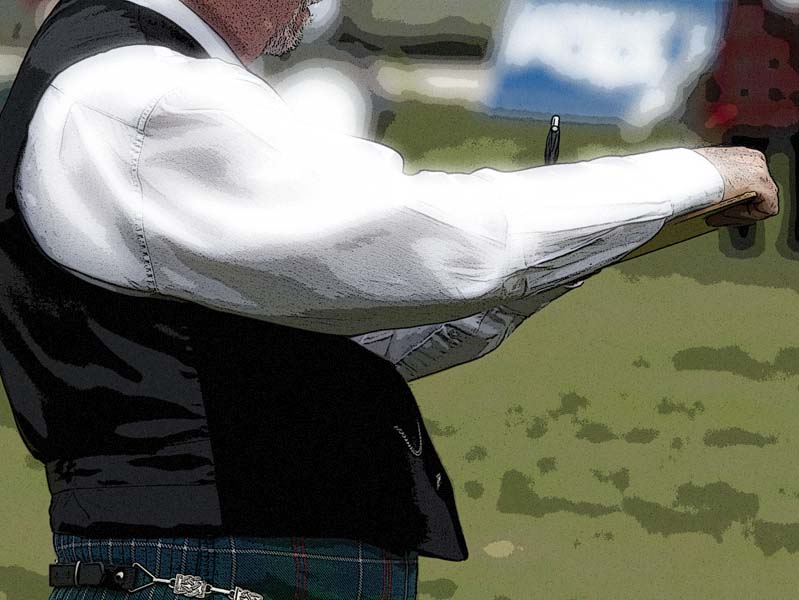 A strange thing seems to happen to many people when they reach a certain age.

Those who you once knew to be environmentally conscious now won’t dare give up their oil-using ways.

The liberal who in college protested against conservative greed over time becomes selfishly greedy.

The solo piper who vowed never to play for a judge who routinely gave prizes to their students or family, calling them out as corrupt, now eagerly judges their own pupils or relatives.

That pipe band member who once railed against the bias and greed that exists within associations is now one of their chief lickspittling toadies.

What is it that happens to people’s principles? Do they wake up one day and realize, By jings! I’ve got about 20 or 30 years left, if I’m lucky, and I’d better just make sure that my own life is as bloated and unprincipled as I can make it!

It seems to happen with piping and drumming judges more than any other group. (Not the ones who never competed at a high level for a number of years, but somehow wheedled their way onto a judging panel; they will never be taken seriously, anyway.) Judges seem so often to fall in line. They suck up to the same unchanged contests and associations that they once objected to, desperate to retain their judging gigs and their perceived importance.

We’re thinking of those who competed at the top, who out of principle played music only the way they preferred, never kowtowing to a judge’s taste just to win a shallow prize. Or the pipe-major who refused to play the chanters and reeds game. Or the lead-drummer who steadfastly stuck to competing the right way, never giving in to bending to the preferences of musically intolerant adjudicators.

And there are many more examples in the piping and drumming world where those who seemed to be the most frustrated with those in power (judges, administrators, executives, stewards) and were determined to fight for change, but reached an age and seemingly overnight, suffer a severe case of amnesia. They forget who they are. They become sycophantic followers rather than the principled leaders they could and should have been.

Sadly, far more often than not, the exceptions to these amnesia cases give up and get out. They leave the piping and drumming world with better things to do. They become so frustrated with the never-ending way things are, that they would prefer to leave their beloved hobby and the people in it, rather than suffer all the never-ending foolishness.

As ever, there are exceptions. Once in a while there are those accomplished and seasoned competitors who keep up the good fight, hoping to evoke change through their leadership. They don’t give up.

But, sadly, far more often than not, the exceptions to these amnesia cases give up and get out. They leave the piping and drumming world with better things to do. They become so frustrated with the never-ending way things are, that they would prefer to leave their beloved hobby and the people in it, rather than suffer all the never-ending foolishness.

And this is to our great sorrow. Without principled leaders, positive change can’t occur.

Think about all those smart and wise leaders who, after they stopped competing, rarely or never are seen again. They fade away, preferring to play golf or sit on a beach in Cancun or find other interests rather than continuing to put up with the absolute unending BS that the piping and drumming world can’t seem to shake off its collective brogues.

What can be done?

Well, if you’re young, write down everything you would like to see change in piping and drumming. Maybe you’re tired of being herded around at massed bands or made to stand out at a march past for hours. Perhaps you hate it when teachers judge their students. Or maybe you wish there was more accountability in your association.

Whatever you want to see as a younger competitor, write it down and keep it in a safe place, so when you, too, reach that magical age when people seem to give up their principles you can refer back to your younger self, give your head a shake, and do the right thing.

Instead of giving in and looking out for only yourself, you might feel re-inspired to stand by what’s right, and make those changes you always wished for in your formative years.

Opinion: The best of disinfectants
December 3, 2019