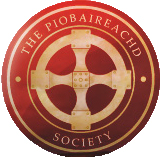 Last August, the Piobaireachd Society staged a recital in Edinburgh during the Piping Live! Glasgow International Piping Festival, and this year the organization will again work to attract listeners eastward with another ceol mor concert as part of the Edinburgh Festival Fringe, in Scotland’s capital city.

A variety of pieces of various length, complexity and modernity will be played: “Chisholm’s Salute,” “The Daughter’s Lament,” “Lament for Donald Duaghal MacKay,” “The Little Spree,” “MacCrimmon’s Sweetheart,” “The Massacre of Glencoe,” “The Old Men of the Shells” and “Queen Elizabeth II’s Salute.”

Clearly catering to listeners rather than competition-minded performers, the recital will see each of the four performers play two piobaireachds back-to-back, with no breaks for tedious tuning before or between tunes.