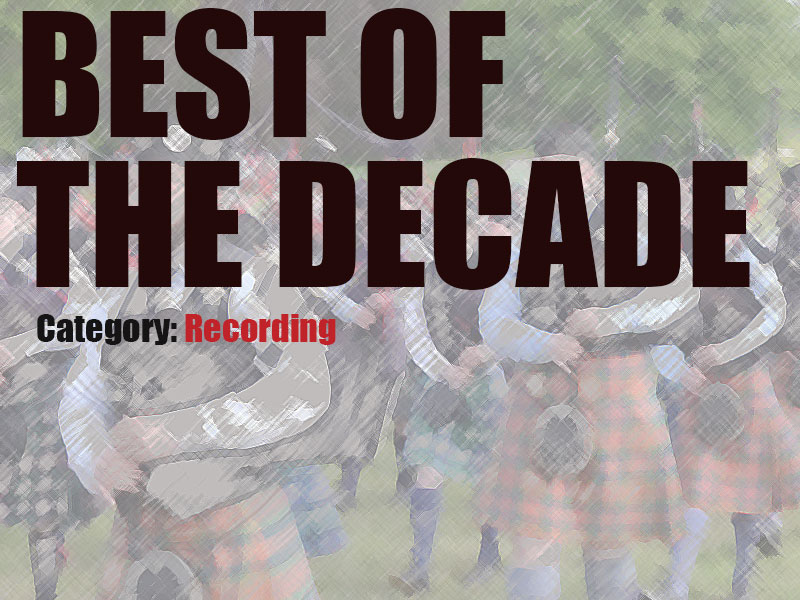 The decade was rich with piping and drumming achievements. It was hard to decide the very best of the best, so we assembled a group of 50 accomplished pipers and drummers to allow us to democratically determine the winners.

Opinions will vary. It’s all subjective. Our nominees were chosen from the annual pipes|drums New Year’s Honours winners, plus select others that rated highly.

The second in our six-part feature series . . .

pipes|drums Recording of the Decade 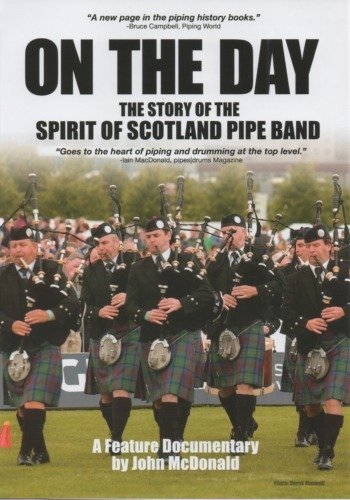 The 2011 feature documentary by professional filmmaker and piper John McDonald of Pasadena, California, captured the extraordinary week in 2008 that saw the world’s first truly all-star one-time band get together to test their mettle at Glasgow Green.

On the Day strives to tell a story – one of camaraderie and commitment by the more than 35 pipers and drummers who assembled, ultimately winning one qualifier event and making the Grade 1 Final and finishing eleventh overall.

Pipe-majored by Roddy MacLeod and with John Fisher leading the percussion, cameras trailed members, microphones captured personal thoughts, and McDonald made the canny decision to tap other competitors for their views. Sumptuously shot and beautifully rendered in post-production, the movie also broke new ground for pipe bands by being shown across Canada in major movie theatres.

Sooner or later, another band of all-star players will try a similar test, but it’s unlikely that we will see a documentary on the level of On the Day.

With 38% of the vote, On the Day narrowly beat out Inveraray & District’s Ascension commercial recording of their 2103 Glasgow Royal Concert Hall concert, which gained 35%.

A few comments from panelists: 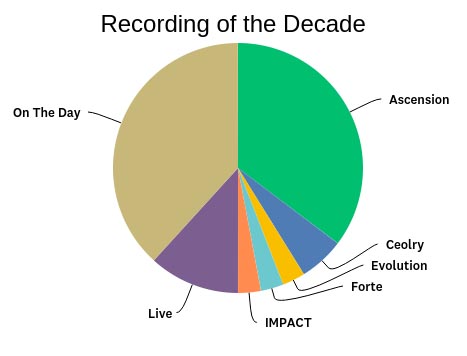 [Disclosure: the editor of pipes|drums was a member of Spirit of Scotland in 2008 and 2016, and did not have a vote in this survey.]

Stay tuned for the remaining pipes|drums Best of the Decade Award winners over the next four days, and of course the 18th annual pipes|drums New Year’s Honours to be announced on December 31!