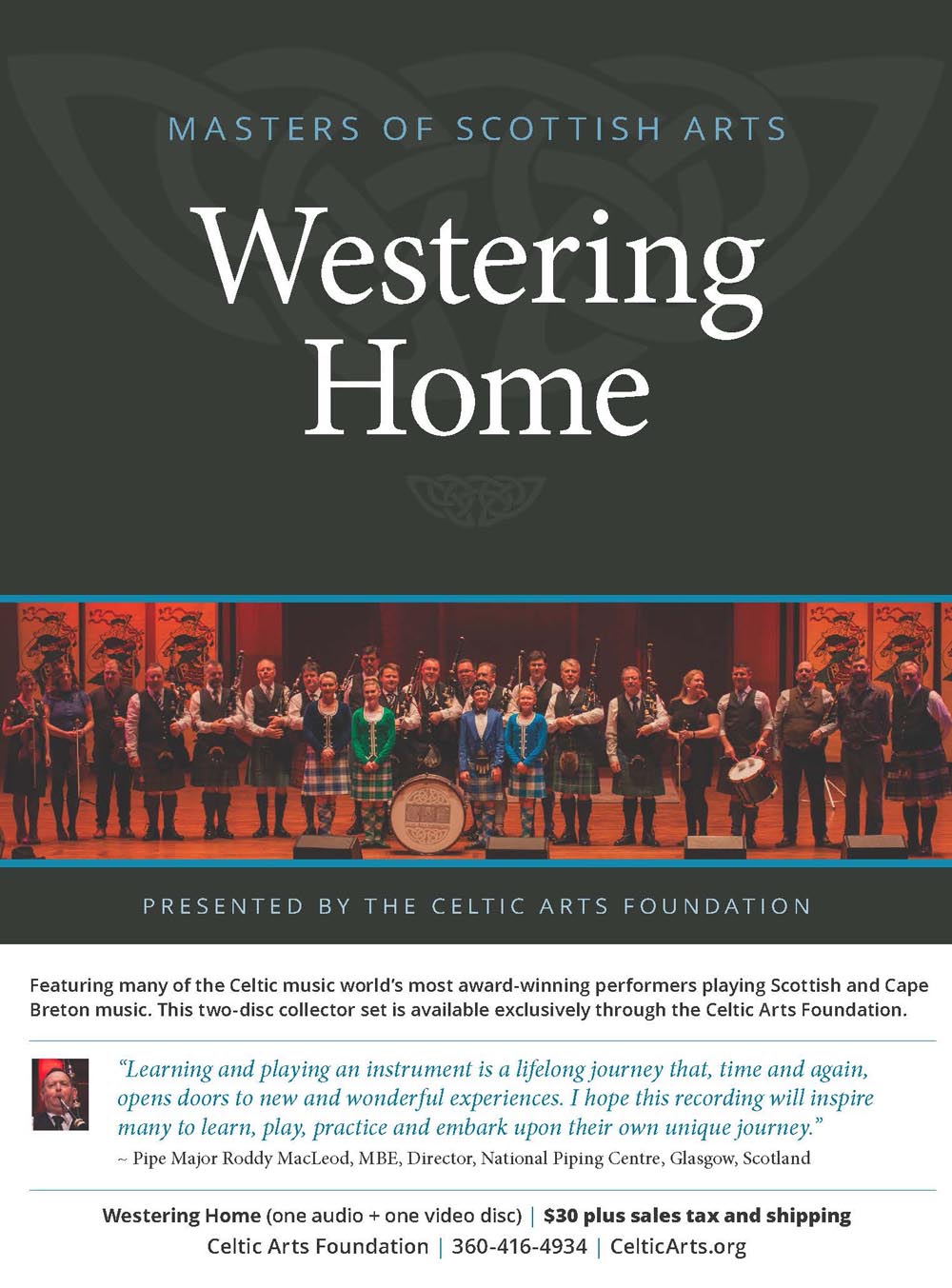 The Celtic Arts Foundation of Mount Vernon, Washington, is all about the promotion of piping and the folk arts, and the organization is going old school with Westering Home, a new CD/DVD by several of the greats of the games, some of which was captured live at this year’s annual Masters of Scottish Arts concert in Seattle.

“Westering Home was partly recorded and shot in February at our ‘Masters of Scottish Arts’ concert,” Celtic Arts Foundation founder and executive director Skye Richendrfer. “This has been an amazing project. The recording has a wide range of music, pipe band, solos, folk songs and cape Breton sets, and an amazing piano solo by Troy MacGillivray as well. So we really think it has the proverbial ‘something for everyone.'”

The US$30 Westering Home set includes a video DVD and an audio CD.

Due to the popularity of digital downloads and streaming, as well as the proliferation of free media on platforms like YouTube, physical versions of piping and drumming albums, videos and music books have become increasingly uncommon.