Ross Miller complements ‘The Roke’ recording with a collection 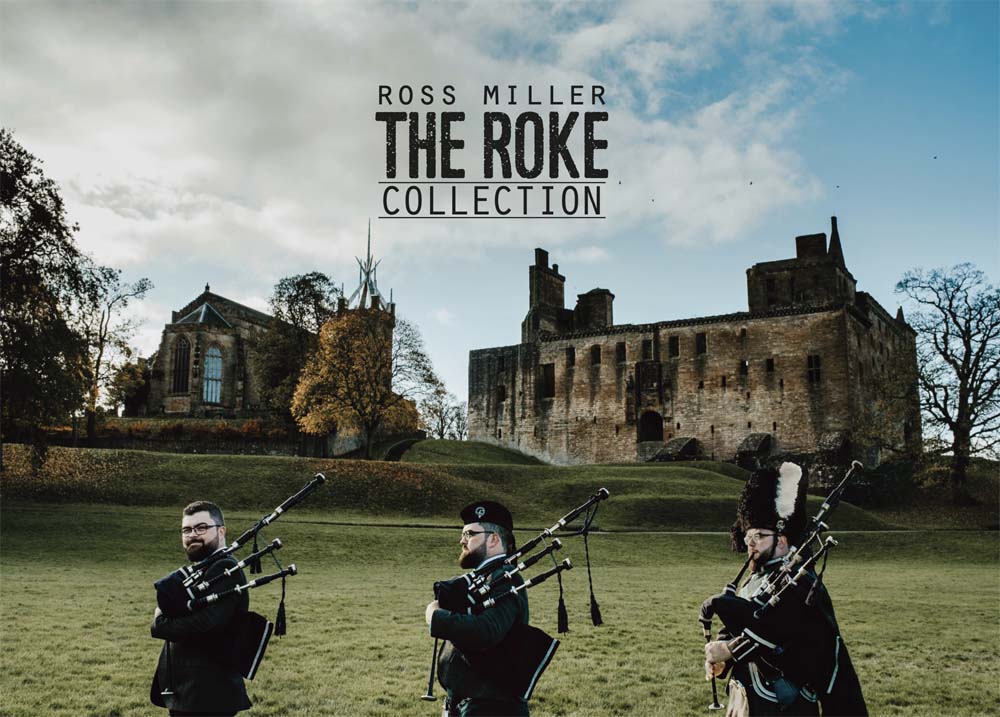 Ross Miller of Linlithgow, Scotland, has established himself as a composer and player of note, last year releasing The Roke, his full-length recording of original music. And now he’s adding a collection of the music for all 30 of the compositions featured on the album, “exactly as played with all variations written in full.”

Half of the compositions are by or arranged by Miller, and the rest of the book is made up of compositions from other composers, both pipers and non-pipers, including Bill Livingstone, Dr. Angus MacDonald, and the late William MacDonald, Benbecula.

The Roke Collection is available for pre-order, priced at £15. The CD is £12 and they can be purchased in combination for £25. The book will ship officially on April 30th, but pre-orders will go out before then.

The recording was nominated for Trad Album of the Year at the MG ALBA Scots Trad Music Awards 2020.

“I am delighted to be bringing out the book,” Miller said. “It has taken a lot of time and care to transcribe the tunes as they were played on the recording. I was keen to do this as I think it gives the book something unique. The musician can play along with the CD or use the music as a guide to take the tune in different directions which I think is a very exciting prospect. There are also stories about where the tunes come from and how they connect.”

“The Roke” itself is the town tune of the Ancient and Royal Burgh of Linlithgow for which Miller is the official Town Piper.

As part of the promotion of the book, Miller assembled a group of some of the world’s most creative pipers, including Lincoln Hilton, Alastair Lee, Chris Lee, Stuart Liddell and David Shedden, for an ensemble virtual video performance of Miller’s tune, “The Opportunistic Chocolate Bar.”

Ross Miller, along with John Dew and Craig Muirhead, was part of our recent two-part video panel with pipe music composers.