Glasgow – August 12, 2019 – Stuart Liddell of Inveraray, Scotland, was the overall winner of the Masters Solo Piping Competition, part of the Piping Live! Glasgow International Piping Festival, thus gaining a place in the 2019 Glenfiddich Championships. The Masters was held at the National Piping Centre, and comprised piobaireachd and MSR sections, each requiring a separate paid ticket for listeners, even though both events were streamed live for free. Viewership peaked at about 200 people.

Liddell gained the overall by merit of winning the piobaireachd, after there were eight different pipers gaining the eight prizes. He also won the prize in 2018, and it was his fourth time winning the event.

Connor Sinclair of Crieff, Scotland, won the MSR, making the prize the biggest win so far of his young career.

Others who have so far earned an invitation to the Glenfiddich are Callum Beaumont, the overall winner at the Scottish Piping Society of London competitions last November;; Finlay Johnston, the 2018 Glenfiddich Champion; and Glenn Brown, winner of the Bratach Gorm at London. The remaining six spots for the Glenfiddich will be determined by the results of the major events at the upcoming Argyllshire Gathering and Northern Meeting.

The Masters, the Scottish Piping Society of London and the Glenfiddich are all sponsored by the William Grant Foundation. 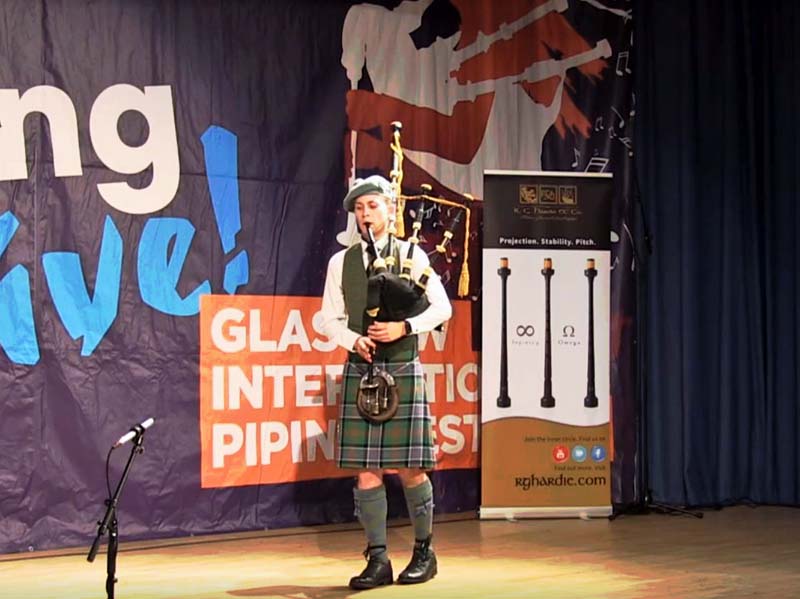 Piping Live! kicks off with Liddell win of Masters
August 13, 2018