The pipes|drums Return to Competition Survey

After a two-season hiatus due to the COVID-19 pandemic, for much the piping and drumming world 2022 promises to mark a return to pipe band competition.

Much can change in 24 months, especially when it comes to pipe bands. When the UK’s bands hit the field on May 21st at the British Championships in Greenock, Scotland, it will indeed be interesting.

What might we expect? Will bands be larger, smaller, or pretty much the same size? Will they play all-new music? Will they be using new chanters and drums?

pipes|drums thought we’d ask the pipe-majors of the world’s Grade 1 and Grade 2 bands for their insights. We heard back from all but two of the leaders of the globe’s 25 Grade 1 bands (92%), and about 85% of the 49 (by our count) Grade 2 bands.

Here’s what we found out.

Our first question, “What’s your plan for competition music?” wanted to find out the degree to which changes, if any, had been made over the last two years.

Grade 1 and Grade 2 combined, we see that 61% said that they have made “Many changes since we last competed (medley and MSR content), while 33% have made “some changes,” 4% are coming out with 100% new competition material, and only 2% have made no changes at all. 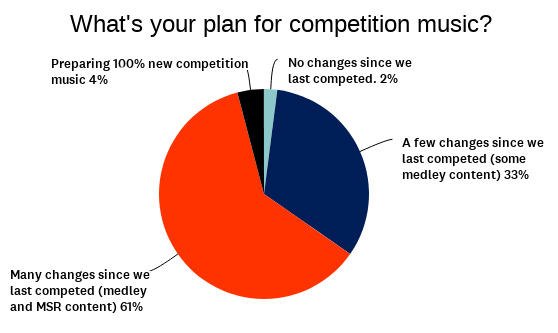 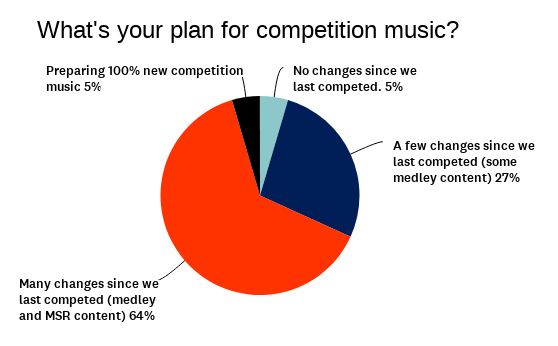 And Grade 2 saw similar numbers, but no bands that responded said they have made zero changes to contest music. 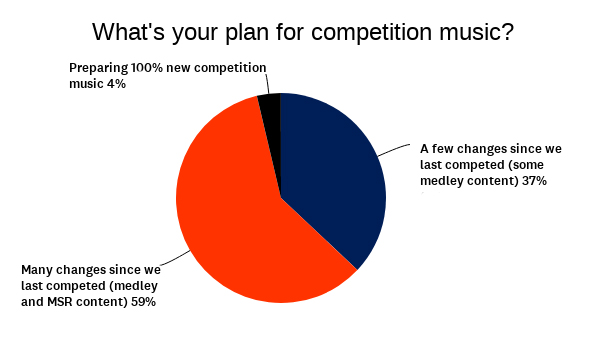 The next question looked into roster numbers: “Any change in competition numbers since you last competed?” and here 86% of bands reported some change. Clearly, the last two years have caused instability.

But 93% of Grade 2 bands report changes to roster numbers:

So, for bands that answered Yes to roster changes, we sought to understand the degree to which numbers have altered, positively or negatively: 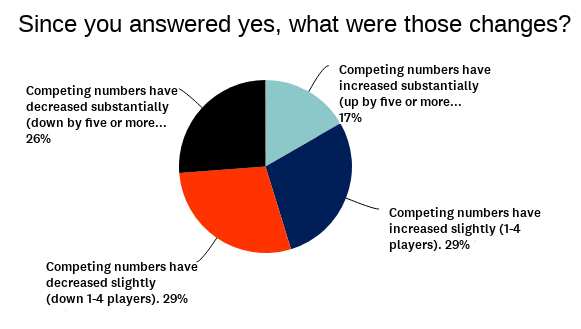 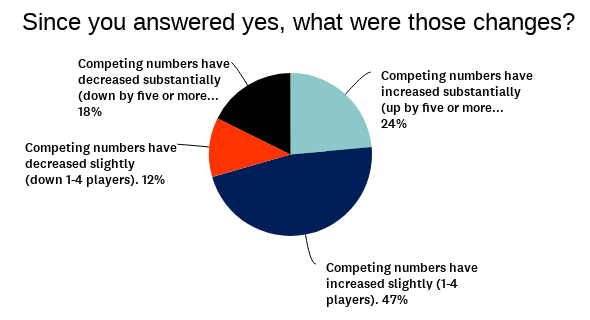 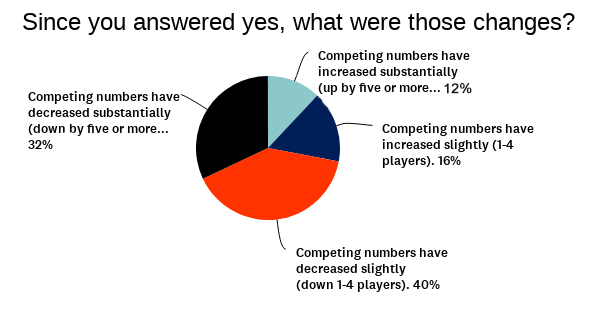 For those bands that said their numbers have decreased substantially, we want to know if they’d considered folding, gone on hiatus or folded altogether.

While numbers are down, 45% said folding was never a consideration, while 36% said they have considered it. 18% said that they will be on hiatus from competition in 2022.

For Grade 2 bands, 32% of those who said numbers are substantially down said that they have considered folding.

And what about equipment? “Have you made significant instrument changes in the last two years?”

Grade 1 breaks out with 77% saying No to instrument changes, slightly more than Grade 2:

And by contrast, only 33% of Grade 2 bands said Yes that they have made substantial instrument changes over the last two years, almost the exact opposite of Grade 1:

And of those that responded Yes, these were the types of instrument changes they made, 71% listed new pipe chanters, 50% have new drums, 36% a new brand of reeds, and 29% a new brand of pipe bags.

Broken out by Grade 1 only:

Despite 2020-21 producing little or no income for most bands, most of them made significant instrument equipment changes. How many of these were gratis as part of sponsorships, we don’t know, but the disparity between Grade 1 (77%) and Grade 2 (33%) indicates that free gear is likely a big factor.

There will be many Grade 1 bands playing new chanters and/or new drums, Grade 2 bands will have relatively few substantial changes to their instruments.

One thing is certain, it will be an exciting year ahead for the world’s pipe bands, provided things hold up and in-person competitions will continue to be possible as hoped.

Our thanks to all pipe-majors who participated in our survey.

Getting Back At It: we survey band leaders on competition return and other shutdown issues
February 8, 2021

Squaring the circle: we survey the world’s top bands on concert formation
July 17, 2020

See also
Results
Dan Lyden top of the hill at Colonial Highland Gathering
Results
Chilly piping at Regina with a Rocky Mountain and North Stratton Grade 2 split
Read all in News
Get the Newsletter!
Sign up to receive our most popular stories in your inbox every month.
Thank you, you have successfully subscribed for our newsletter, please check your email
We use cookies on our website to give you the most relevant experience by remembering your preferences and repeat visits. By clicking “Accept All”, you consent to the use of ALL the cookies. However, you may visit "Cookie Policy" to provide a controlled consent.
Cookie PolicyReject AllAccept All
Manage consent