Andante, the small pipe bands only percussion instruments maker from Northern Ireland, has made major inroads into the North American Grade 1 market this off-season by securing both the 78th Fraser Highlanders and City of Dunedin to move to their drums.

The two bands join Simon Fraser University under the Andante wing, with all three bands getting endorsement deals to play Andante.

The band had played drums by US-based Pearl Percussion for many years before moving to Andante.

City of Dunedin had been playing drums by England-based Premier Percussion. 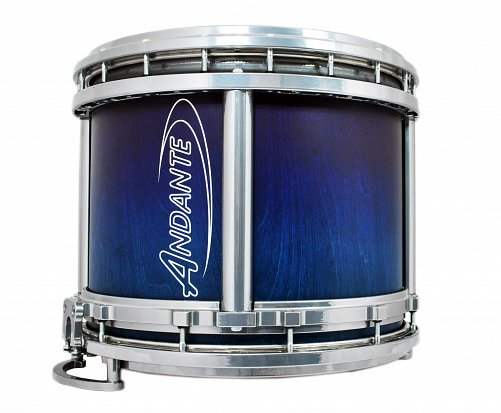 “I first became familiar with the Andante snare drum in my time playing with Reid Maxwell in Simon Fraser University and loved the sound,” said City of Dunedin’s Lead-Drummer Eric MacNeill. “I am grateful for the support from Andante to get the City of Dunedin Grade 1 band onto the new drums and am really looking forward to getting the corps up and running on the new set.”

It’s something of a return for City of Dunedin, which has five competing bands in its expansive teaching-rich organization.

“The one thing that separates Andante from the rest is that they are solely geared towards producing great pipe band drums wither its snare, mid-section or bass drums, where the other companies aren’t,” Duthart continued. “Their mainstay would be the kits and marching drums. I think this is an important point in the decision making – not that they don’t make a good product but their focus isn’t 100% on a niche market such as the pipe band market.”

The British Drum Co. of England is the other major pipe band drum maker and so far has the Grade 1 Glasgow Police playing their instruments under an endorsement deal. Like Pearl and Premier, British Drum Co. also makes drums for other music genres and launched its marching division last year with the help of pipe band drumming legend Jim Kilpatrick, who is a full-time employee with the company.

Andante has been a sponsor of the RSPBA’s World Solo Drumming Championship since 1999, an event that offers no prize money for competitors.

The company declined an invitation to comment on the company’s 100% focused commitment to pipe band instruments.