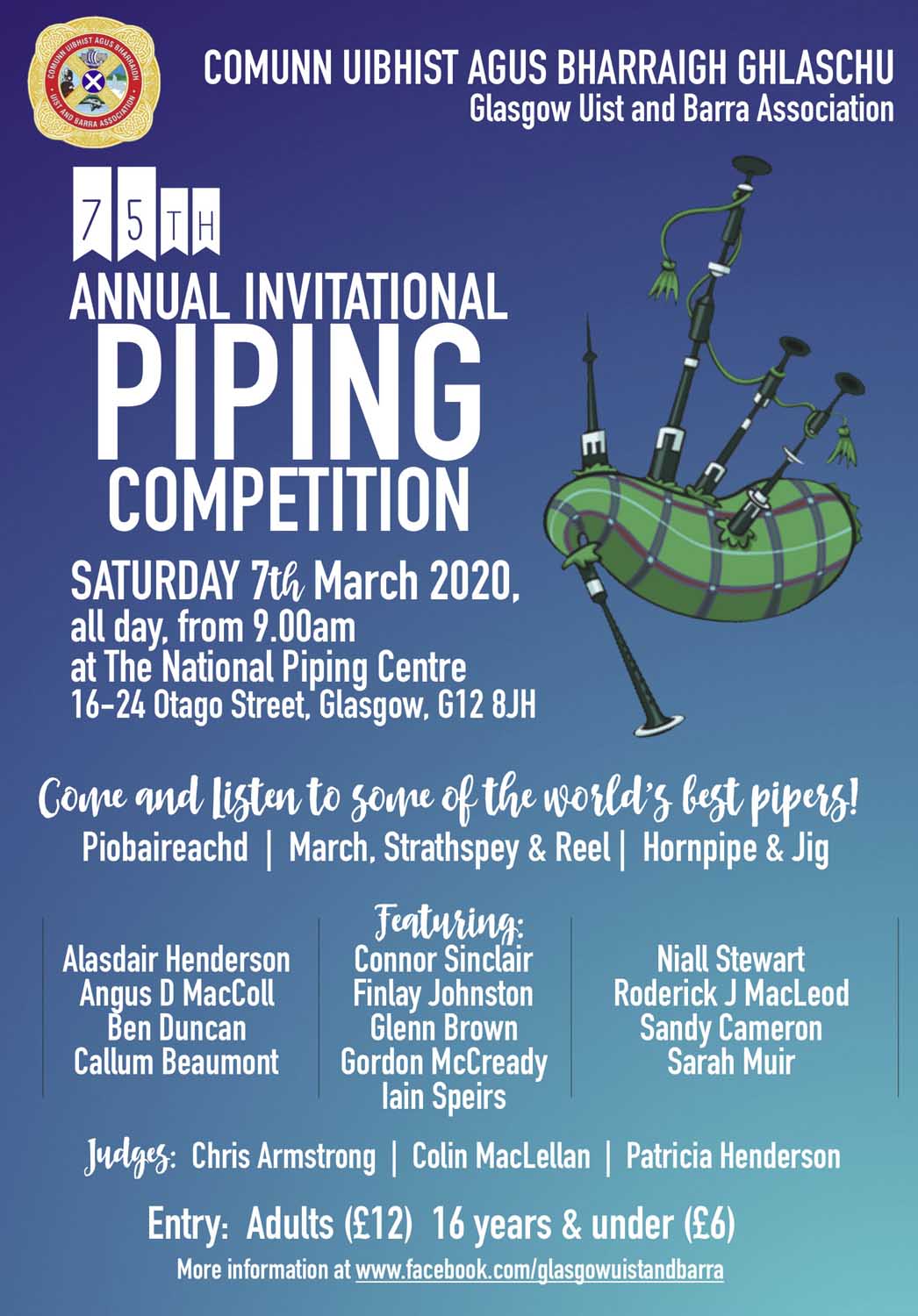 The annual Uist & Barra Invitational Solo Piping Competition on March 7th at the National Piping Centre’s Otago Street premises will launch the Scottish solo piping year with the usual bevvy of players who won big prizes over the previous year.

The Piobaireachd, MSR and Hornpipe & Jig events will be judged by Chris Armstrong, Patricia Henderson and Colin MacLellan.

It will be the 75th time that the contest has been held. The Uist & Barra Association (Comunn Uibhist agus Bharraigh Ghlaschu) is a group based in Glasgow particularly for the many Gaelic speakers from the Hebrides who have moved to the Lowlands of Scotland over the years.

Winners of the event are a veritable who’s who of the greatest solo competition pipers of the last 100 years.

Tickets are £12 for adults and half-price for those 16 and younger.

The winner of the 2019 Uist & Barra was Finlay Johnston.