The MacEoin-Ramsay Pipe Band was originally formed in the Ottawa area in 1981, and under Pipe-Major David Clyde established itself as a successful competition Grade 4 group.

The band has lain dormant for almost two decades . . . until now, with the group being resurrected under Pipe-Major Kris Bawden with an eye to returning in Grade 4 again for the 2023 season.

David Clyde was a prolific piping instructor and pipe band motivator in the Ottawa area, teaching numerous players after immigrating to Canada from Banbridge, Northern Ireland, in the 1960s. He was a pupil of Sam Scott and served as a member of now defunct Grade 1 Dunvegan under co-pipe-majors Scott MacAulay and Colin MacLellan, as well as a stint in the 1990s with the Grade 1 Toronto Police under Pipe-Major Jake Watson.

Among Clyde’s many pupils was Bawden himself, who started at age 15. He was recently contacted by former members of MacEoin-Ramsay with the idea of reforming the band.

“Most of these players had put down their instruments 15-20 years ago after post-secondary education, marriage, and children – a familiar scenario,” Bawden said. “Originally, I was starting something called ‘Pipe Band Club,’ where it was a no-pressure open space for pipers who hadn’t played in a long time to get off the bench and get back on the pipes. So essentially, I’d already secured a weekly practice space. It became MacEoin-Ramsay after a phone call between Matt McBain and me where he indicated that several alumni were also interested in playing again.”

Bawden is trying to be realistic about the pressures that a competing pipe band can bring to those looking for the camaraderie and social aspects as much as or even more than winning prizes.

“A big reason that a lot of pipers stay on the sidelines is the daunting task of showing up at a band practice and being saddled with a big book of tunes,” he continued. “You’re struggling to physically play your pipes while choking down, often, a huge repertoire.  Most pipers know this and so unfortunately opt to stay inactive. We’re keeping the repertoire small and achievable for this reason.”

David Clyde has been battling Parkinson’s for some time, but he comes to band practices every other week at the band’s practices on Monday evenings at the Royal Canadian Legion in Kanata, Ontario.

Bawden added: “I think he’s proud to see some of his best students falling in love with the instrument again, and to see that we’ve all turned out to be great adults with careers and families.” 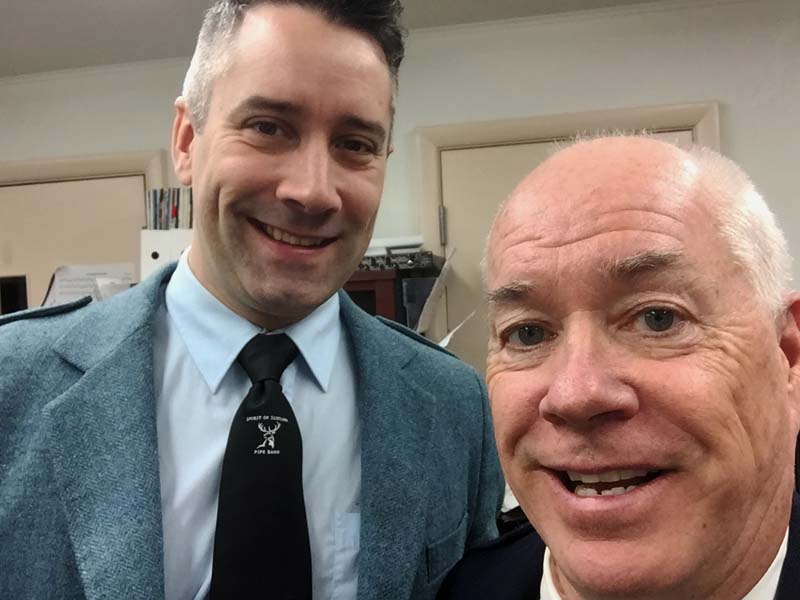 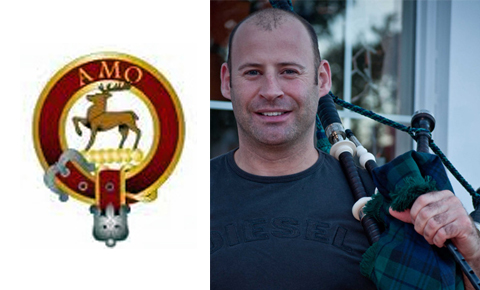