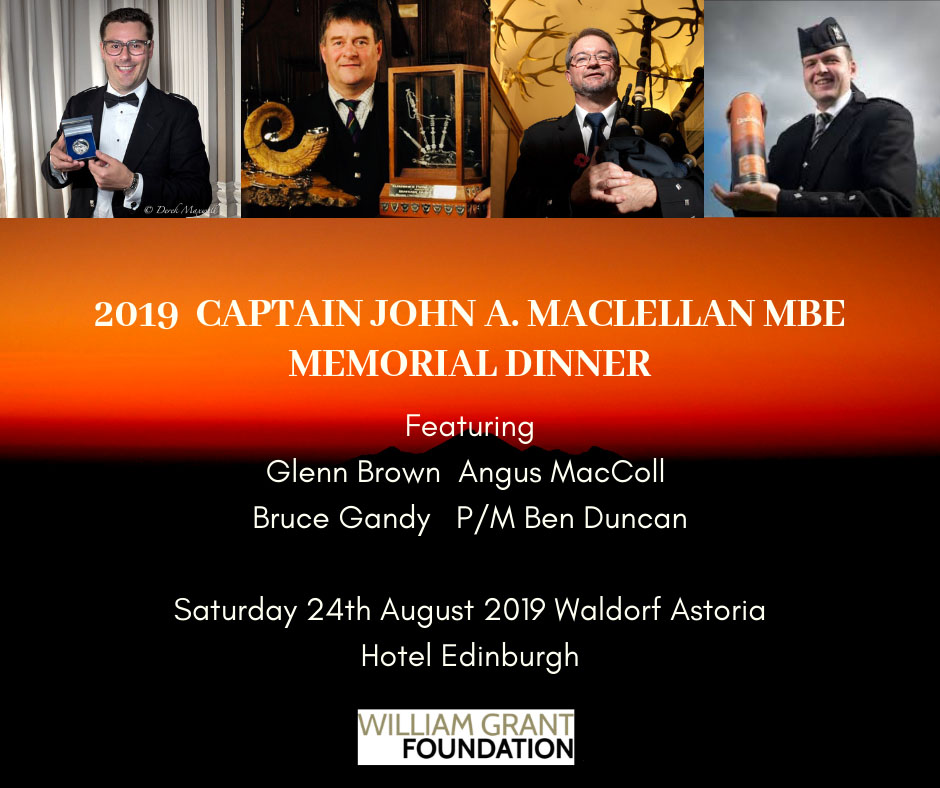 The awarding of the special silver medal will be the sole decision of judge Tom Speirs.

The event has been scheduled in part to take advantage of international pipers and enthusiasts in Scotland for the Argyllshire Gathering and the World Pipe Band Championships.

“Once again we have a first-class lineup, and the Captain John MacLellan Memorial Trust is delighted to have Tom Speirs as judge,” said Colin MacLellan, head of the trust and the son of John MacLellan. “We have moved back to the Saturday slot on August 24, and look forward to welcoming you to one of Scotland’s premier piping events.”

The event is sponsored in part by the William Grant Foundation, which underwrites several other top piping events, including the Glenfiddich Championship and the Senior Piobaireachd at the Argyyllshire Gathering.

Tickets to the event are a hot commodity, and will be available from the John A. MacLellan Memorial Trust directly.