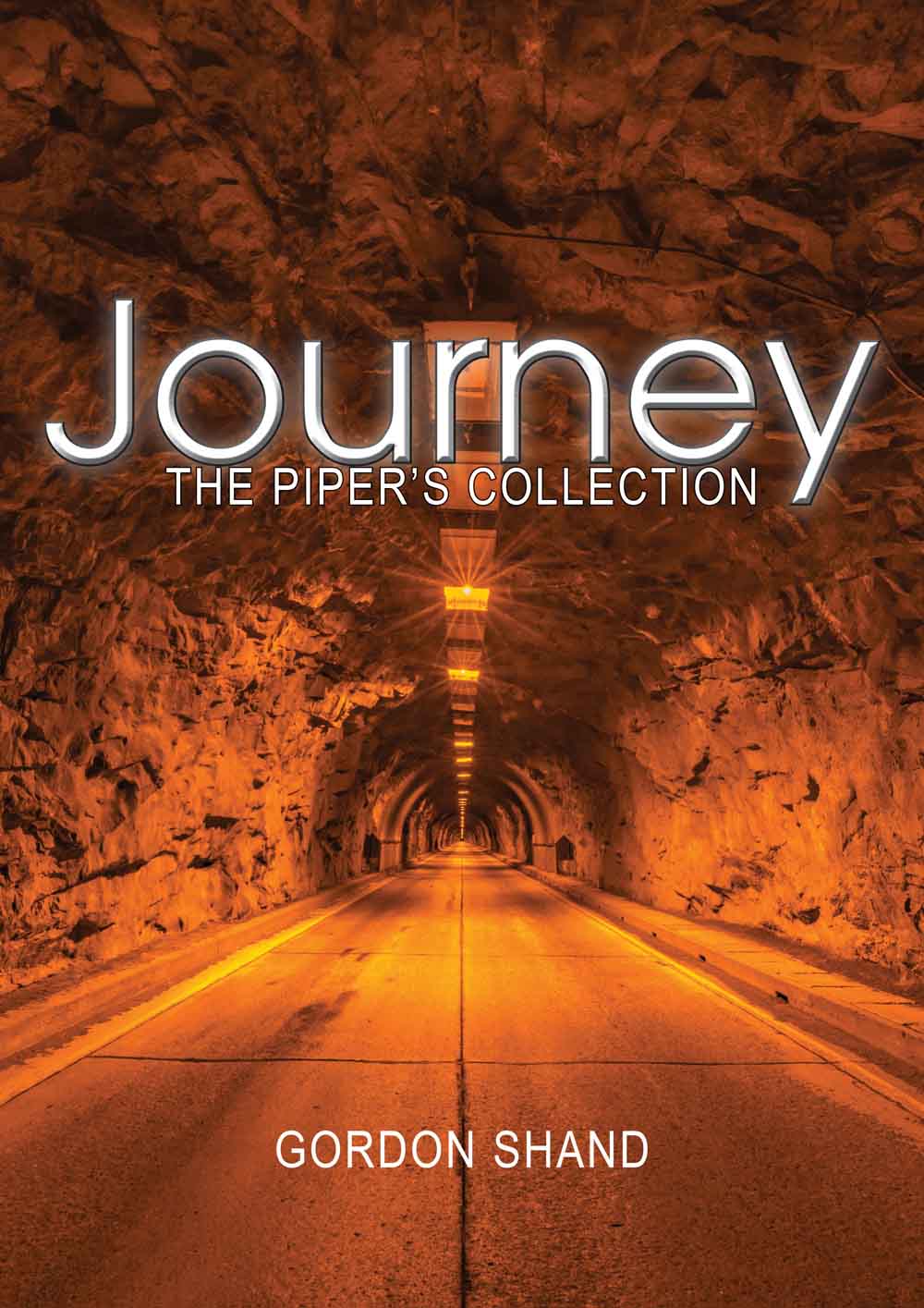 The proliferation of composing creativity continues through the coronavirus crisis with the release of a new collection of music for pipers by the renowned accordionist Gordon Shand of Dunfermline, Scotland.

Journey – The Piper’s Collection is a collection of compositions by Shand arranged and gracenoted for the Highland pipes. There are 44 tunes in the book across the spectrum of light music genres.

If Gordon Shand isn’t a familiar name with all pipers and drummers, his last name likely is. The legendary accordionist Jimmy Shand of Dundee, Scotland, is actually no relation, but the two players have contributed greatly to the Highland piping repertory.

“Sir Jimmy Shand and Bobby MacLeod are fine examples of accordionists who have produced some great pipe tunes which are now deemed classics,” Shand says, and the new collection includes a foreword by Stuart Liddell, who is also an accomplished accordion player. “It supports the idea that compositions can be played by any melody instrument, regardless of the composer’s own ability on that instrument.”

Gordon Shand is renowned in the Scottish dance band scene, with several albums and music collections to his name. In a statement, his love for the Highland bagpipes is described as being “the catalyst for the collection of original and mostly unpublished material.”

The affinity between accordionists and pipers is evident through the commonality of the music and genres. For example, Jimmy Shand compositions such as “The Dundee City Police Pipe Band” and “Kirkwall Bay” are staples, and the great accordionist Phil Cunningham’s “Centenary Jewel” is a modern favourite 2/4 march.

The last few months have seen a surge in composing and music collections among pipers. The Turra Coo Collection by the Turriff & District Pipe Band, Kyle Warren’s Eat Sleep Pipe Repeat has received critical acclaim, as has Craig Muirhead’s 30 Exactly.

Gordon Shand’s Journey – The Piper’s Collection is available from his website for £14 in paper format.

See also
Results
Chilly piping at Regina with a Rocky Mountain and North Stratton Grade 2 split
Results
After a two-year wait, Inveraray & District are British Champions at Greenock
Read all in News
Get the Newsletter!
Sign up to receive our most popular stories in your inbox every month.
Thank you, you have successfully subscribed for our newsletter, please check your email
We use cookies on our website to give you the most relevant experience by remembering your preferences and repeat visits. By clicking “Accept All”, you consent to the use of ALL the cookies. However, you may visit "Cookie Policy" to provide a controlled consent.
Cookie PolicyReject AllAccept All
Manage consent