“Some people think piping is a matter of life or death. I assure you, it’s much more serious than that.”

Readers with a Scottish dad, or anyone who has watched Mike Myers’ brilliant portrayal of one in the hilarious film So, I Married an Axe Murderer, will undoubtedly know exactly what it means to grow up with a dad who can combine being your fiercest critic, displaying a brutal, excoriating sense of humour, with a secretive pride in you. There’s something about the accent, biting delivery and sharp sarcasm that doesn’t allow you to ever get above your station or to take yourself too seriously. It’s no doubt what made Bill Shankly and many other Scots some of the world’s greatest football managers. And it’s how my dad drove me to become a piper, despite my initial desire not to.

When I was growing up, piping was not seen as cool. I wasn’t cool anyway, but I didn’t think that the racket I was making when I was learning while wearing a kilt and dead muskrat sporran combo would make me attractive to girls. Looking back, my lack of cool may have been nothing to do with the kilt and pipes and everything to do with my knobbly knees, big ears and coo’s lick hairstyle (thankfully, no longer an issue).

I am now having the same battles with my son, John. He wants to fit in with his pals and to wear a sharp suit so he can look like James Bond, not Pipe Baund.

My dad was less inclined to be bothered about my lack of appeal to the fairer sex. He insisted that I wear my kilt to every special event or family occasion when all I wanted to do was pose about in more fashionable gear. My self-consciousness certainly wasn’t helped when he took me to play for Craigmount High School Pipe Band where the uniform was brown, including brown shoes. Brown! And not ghillies, but shoes. Apparently, they were “a throwback to the ’70s.”

Of course, he won these battles of will and I am proud to look back at graduation photos or family events and to be wearing the kilt. It serves me right for giving my dad a hard time as I am now having the same battles with my son, John. He wants to fit in with his pals and to wear a sharp suit so he can look like James Bond, not Pipe Baund.

The other part of my dad’s great masterplan to encourage me to pipe was to tell everyone, “He will never be as good as his old man.” If I had £1 for every time he said this to the people we met at the Highland games, I would be retired and living in the Bahamas by now.

He went to a lot of games and he seemed to know everyone there. He could not walk five metres without stopping to talk to them and to tell them, as it seemed to me at the time, how rubbish I was going to be at the pipes. It was a perfect demonstration of the putdown humour of a Scottish dad and tactical genius that meant I was going to do everything I could to prove him wrong.

My dad’s love for piping has been infectious. It has been his lifelong passion, and despite never making a living from it, his commitment to playing, teaching and working in various capacities with numerous societies, have been an inspiration to me and many others.

Although he gave up piping for 10 years to concentrate on the exams that resulted in a successful career as a bank manager, he had the drive and determination to get back to it, seeking out the best teachers, practicing for hours on end, competing and winning at the highest level, and giving back through teaching and judging in his spare time and holidays.

He did it all for the sheer joy of it, even when it can be exasperating. He once had seven different sheepskin bags tied on before Oban and Inverness to try to get comfortable – not an inexpensive exercise. I now know what it’s like to have your mood for the day set based on how well or otherwise your pipes are going.

He caught the piping disease from his dad. Although it was not his career either – my grandfather was an engineer in the lace mills in the Ayrshire town of Darvel – he spent all his spare time involved in piping and pipe bands. I remember someone telling him that they had bought their son a stereo system for Christmas. I thought how much I would love that. His response was, “My son would have got a practice chanter.” Why listen to rock and roll when you can play a piobaireachd to yourself? 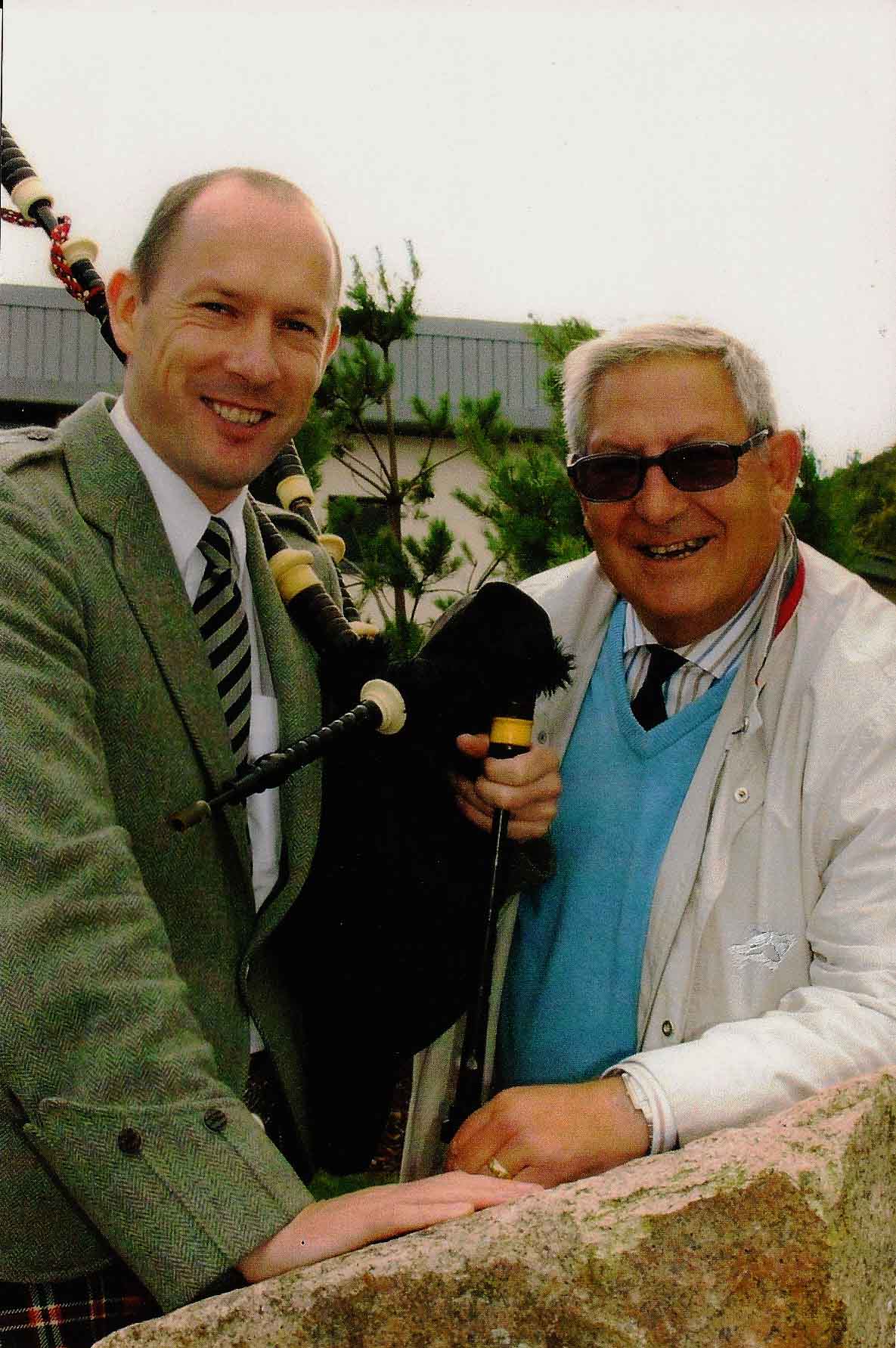 My grandfather turned to reedmaking in retirement, the perfect “hobby” for a skilled toolmaker, and he and my dad could talk about nothing else but piping, cane, staples, hemp, chanters, tools and what made the perfect reed. It meant there were always reeds or pipes being blown in the house and many famous piping faces visiting for a coffee, a chat and a blow. These visits would fill me with dread and I still get cold sweats when I think of how I would be sent to get the pipes to knock out a tune. I’ve always been a reluctant performer. This is probably why. And it’s why, if I feel I haven’t been practicing enough, I have bad dreams about showing up to compete without knowing the tunes.

The truth then was that I didn’t really want to play the “uncool” pipes. I was mucking around, not taking it seriously and not practicing. My performances in the house to our famous guests would lead to my embarrassment and a telling off for my lack of effort that was wasting everyone’s time. It’s only looking back that I realize my dad thought I must have had some talent but that I was chucking it away.

My mum caught me emulating him. I was walking backwards and forwards in front of the mirror with the drones on my shoulder. Not playing. Just seeing how it looked. I told you I wasn’t cool. I can still feel the embarrassment I felt when I knew she saw me.

One of the first times I was aware I was catching the piping bug was when I saw my dad performing in the Silver Chanter at Dunvegan Castle. Afterwards, my mum caught me emulating him. I was walking backwards and forwards in front of the mirror with the drones on my shoulder. Not playing. Just seeing how it looked. I told you I wasn’t cool. I can still feel the embarrassment I felt when I knew she saw me.

I was eventually hooked on piping when my dad took me to a summer school in Canada where I met so many great friends and I loved the Ontario and Maritime scenes. I went back so often, my dad feared I would emigrate one day. He told me “You can only move to Canada once you’ve won two Clasps.” I’m not sure whether that meant he thought I would never do it, or that by the time I did, it would be too late to move.

I have no doubt my dad feels some satisfaction that his “Scottish dadness” has worked. My brother Gregor is a great player and makes a living teaching pipes at our old school in Edinburgh. My son John is pipe-major of his school pipe band. My nephew Sam, my sister Fiona’s son, plays and has all the potential to be a crackerjack piper.

I have my dad to thank for my love of piping, which has given me all the things in my life that are important to me. It is my proudest achievement that he and I share the honour of being the first, and so far, only father and son to have both won the Clasp at Inverness. If it weren’t for him and for piping, I wouldn’t have met my wife Susanne, made lifelong friends, travelled the world and shared many, many laughs along the way.

Happy Father’s Day to all the dads who want nothing but the best for their kids, no matter how they go about helping them achieve it.

A lifelong fan of The Who and connoisseur of bananas, Iain Speirs is one of the world’s greatest competitive Highland pipers. Among his myriad big prizes, he’s won the Glenfiddich Championship twice, the Silver Chanter six times, the Clasp at the Northern Meeting twice, and the Captain John A. MacLellan Medal. He’s been a member of Grade 1 bands Spirit of Scotland, Lothian & Borders Police and Clan MacFarlane. Like his famous bank manager father, Tom Speirs, Iain Speirs has maintained his piping career while holding down senior-level positions in marketing and communications. He lives in Edinburgh and is the proud dad of Annie and John. 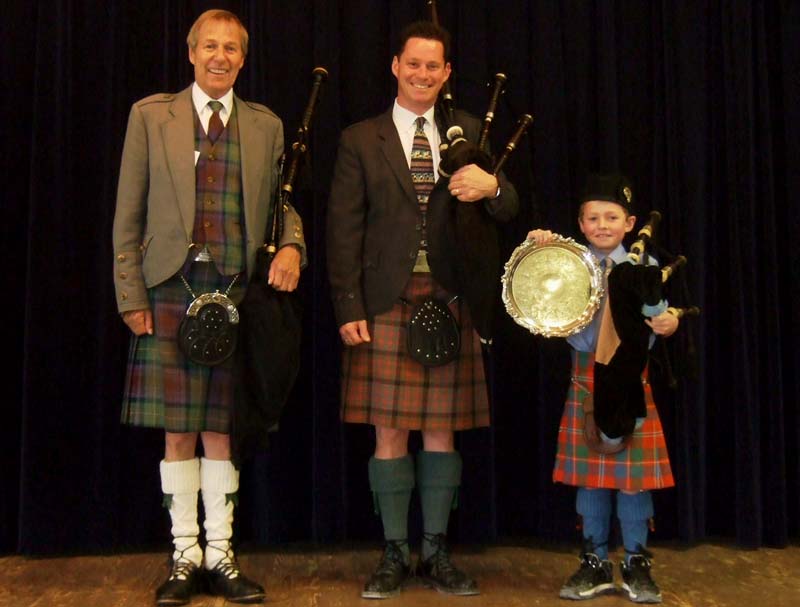 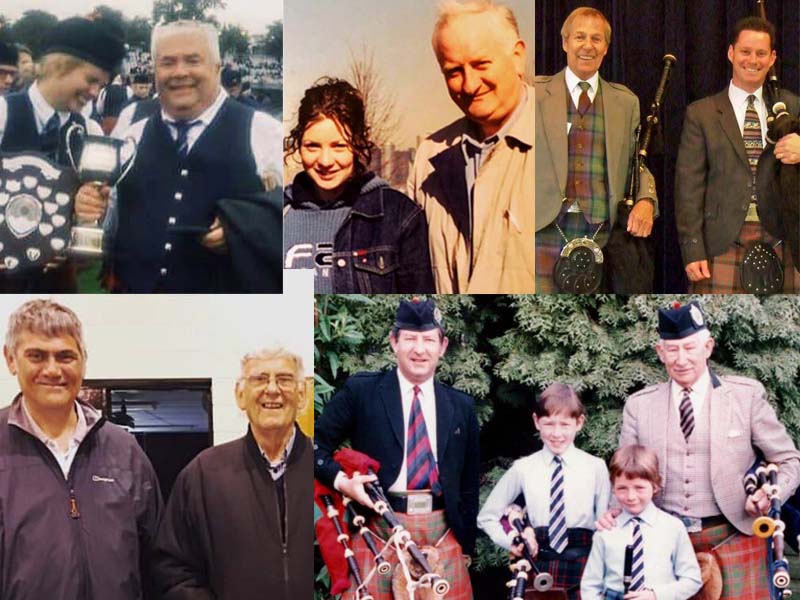 Features
Grand all together! A salute to piping and drumming fathers worldwide 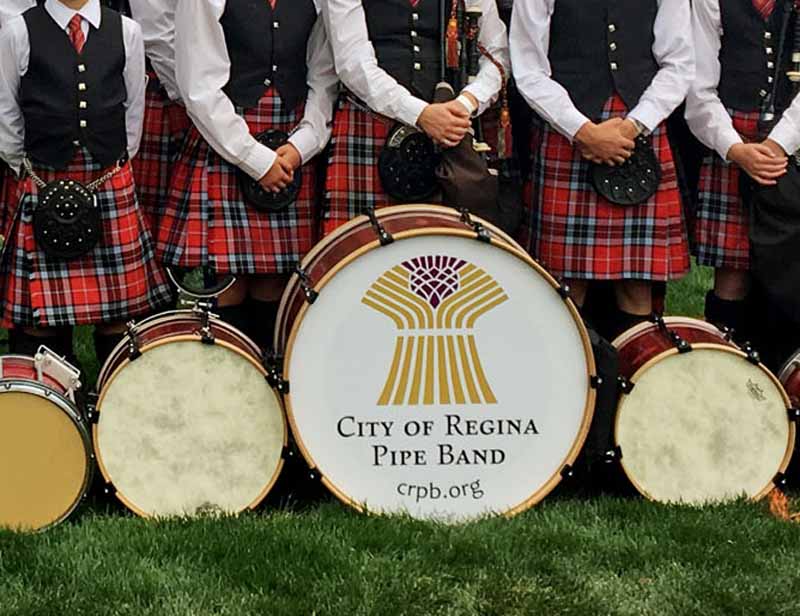