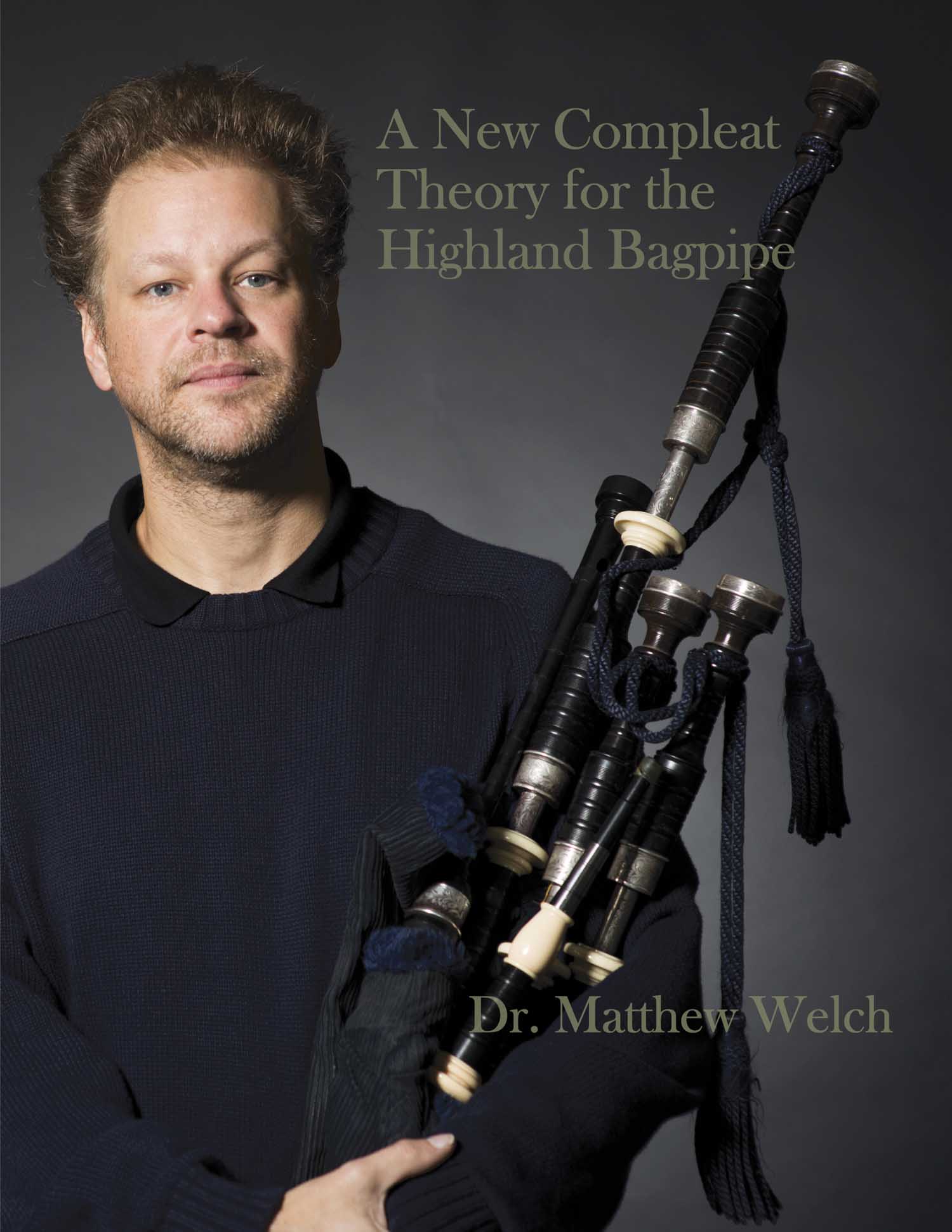 Two-hundred-seventeen years after the publication of Joseph MacDonald’s seminal work of the same name, Dr. Matthew Welch has published A New Compleat Theory for The Highland Bagpipe, a “terse and insightful” collection of new music and essays designed to connect pipers, non-pipers and musicians of every stripe more closely with the pipes.

The new work by Welch, a professional contemporary classical composer with a doctorate in music from Yale University, reflects the format of MacDonald’s 1803 work. Welch recognizes that the Highland pipe and its music had changed substantially 217 years ago, and it has changed substantially since then, and there’s still room for creative expansion.

After a 91-page treatise that brings us up to speed on what piping is and where it has landed in 2020, the book brings the reader 47 original compositions, including 22 pieces of light music tunes, and then 13 new piobaireachds by Welch.

Most of the ceol mor compositions experiment with new rhythms and some even offer alternative variations, inviting the piper to take their pick of rhythms and variations, similar perhaps to a movie or television series with multiple endings that the viewer can select.

“Ceol Nua is a term I coined to describe my compositions that specifically hybridize aspects of traditional piping music with motifs, structures and procedures from avant-garde and classical music,” Welch says. “My first step in this direction was my Sonata for Bagpipe, written while a composition student and piper at Simon Fraser University. It is built directly around the repetition, gradual change and additive structures found in Minimalist music, particularly that of Philip Glass, who I had met, discussed my ideas, and got me fired up to do something new.

“For example, there’s a piece only based on high-A and different colourations. Another piece dissects the Donald Mor run-down, and creates a cycle where you can create Philip Glass-esque added rhythms.”

The US$35 book will start shipping in a few weeks, and pre-orders for the limited run of copies are already available from the publisher.

Welch is no eccentric newcomer to piping – he has the chops that gained him membership in Grade 1 Simon Fraser University Pipe Band for several years and he was pipe-major of Grade 2 New York Metro in the 2010s.

He’s lived in San Francisco for the last three years, where he works as a professional composer and lives with his wife and toddler son.

pipes|drums caught up with Dr. Matthew Welch for a quick conversation on A New Compleat Theory for The Highland Bagpipe, the Highland pipes as seen by non-piping musicians, and the challenges and silver linings of being a music creator in pandemic times.