Modern Piping’s Volume 10 offered for free to all 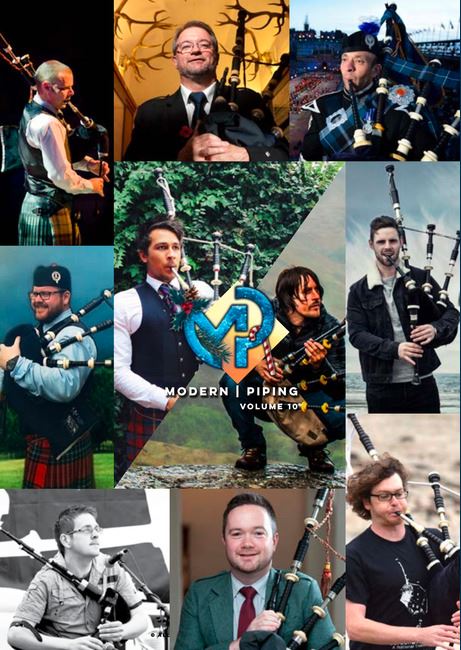 Modern Piping, the not-for-profit organization run by Australian husband and wife Lincoln and Heather Hilton, has launched its Volume 10 of original Highland pipe music – this time free to all who want to access the compositions by 10 composers.

In addition to Modern Piping, Lincoln Hilton is well known for his inventive and wildly popular YouTube videos, and the latest collection of 80 pages is the biggest so far.

“We hope it helps to encourage pipers to keep up their playing and inspiration during this time and having access to a ton of free music,” Lincoln Hilton said. “We just felt like we wanted to give back to the piping community somehow and one of the ways we decided to do that was by having our most popular and largest book available for pipers globally.”

The other 17 60-page books are available for sale, and comprise more than 1,000 pages of music and go out to more than 30 countries upon release.

Modern Piping also recently announced “Flam5” drumming, a community-based contest to give drummers “a challenge, activity and fun connection to piping and drumming while stuck inside during many countries quarantine. The response has been overwhelming with dozens of video entries into the raffle.”

In addition to offering the new collection as a free goodwill gesture during the current crisis, Hilton said, “I think if anything it increases the value of what we do and re-enforces that we are a community-based organization that ultimately just wants to help pipers of all ages improve their playing, knowledge and composition skills across different piping genres.”

Hilton’s tunes to be available for charitable download
October 10, 2015