The Grade 1 Vale of Atholl of Pitlochry, Scotland, was from about 1984 to its demise in 2018 one of the world’s most creative and innovative bands, particularly under its most successful years under the leadership of Pipe-Major Ian Duncan.

On February 4, 2023, at the Glasgow Royal Concert Hall, the generally under-appreciated Duncan and the band will be properly celebrated with a creative performance that resurrects in its entirety the band’s lesser-known album, Names and Places, in a marquee event for the annual Celtic Connections festival in Glasgow.

Details are limited, but the concert will be under the direction of celebrated composer, performer, music producer and all-round piping guru Lorne MacDougall. In addition to Duncan, other former ScotRail Vale of Atholl members who played on the original album will appear, including then Pipe-Sergeant Malcolm Robertson, Kenny Forsyth, Adrian Melvin and Gary West. Former Vale of Atholl piper Stuart Cassells will be the emcee on the night.

The 1990 recording was made primarily as a mini-band with Celtic folk group Eclipse First providing backing. The 2023 concert will be backed by the folk band Tryst, with performances of all of the music from the album plus a few other new selections.

According to MacDougall, Tryst will form the backbone of the pipe corps and will be joined by members of the National Youth Pipe Band of Scotland’s drum corps as well as traditional musicians, including Maggie MacInnes on harp, John Martin on fiddle, Damien Malardé on bombarde, and others still to be confirmed. He added that “members of Tryst will see their multi-instrumentalists to practice, doubling up on whistles, accordion, keyboards, guitar, bouzouki and more.”

“The idea of revisiting Names and Places has been bubbling away for years within those who are fans of the album,” MacDougall said “It’s not easy to find these days, but those who grew up with it think it’s seminal. It’s one of the first albums to incorporate other musicians along with a pipe band. The tunes are strong, and the arrangements varied. We’re looking forward to bringing it to a new audience and, with the original composers and musicians’ permission, updating it and giving it a fresh, modern 2023 overhaul.”

Ian Duncan said he was totally “surprised and honoured” when the idea to celebrate his career and the Vale’s creativity was presented to him.

“I felt Lorne could do so much with this whole piece,” Duncan said. “I’ve left the whole thing with him but know he will do justice to the piece. Some great musicians involved.”

Duncan added that the whole performance will be in concert pitch, and that the National Youth Pipe Band of Scotland, led by Director Steven Blake, will play a few of the most famous Vale of Atholl medleys and MSRs.

Tickets aren’t yet available, but eventually will be here and priced from £19.

“There’s a lot of love for the album within the assembled musicians and I believe this is going to be a truly spectacular show and what better way to say thank you to the legend that is Pipe-Major Ian Duncan.” – Lorne MacDougall

The Vale of Atholl pipe band organization was one of the first and most successful piping and drumming teaching groups of all time, enabling the Grade 1 band to sustain a top-tier Grade 1 standard for decades. It is widely regarded as one of the best bands not to win a World Championship, though it finished second and won other RSPBA majors.

During his 36 years with Vale of Atholl, Duncan brought the band from a fledgling Grade 4 learner group to a championship-winning Grade 1 band, which made its biggest mark in the 1980s and ’90s, known for creative medleys often inspired by other forms of Celtic music.

The band’s best-known albums are 1987’s Both Sides of the Tracks, No Reservations from 1989, and Live ‘n’ Well, a recording of the group’s 1995 pre-World’s Concert when the series was still held in its original location of Motherwell, Scotland.

Vale of Atholl travelled extensively, routinely playing at the Inter-Celtic Music Festival in Lorient, Brittany. They competed in Canada in 1989, playing at the North American Championships at Maxville, Ontario, and the Montreal Highland Games in Quebec.

Despite the closure of the Grade 1 band, the Vale of Atholl organization remains highly successful, with competing bands in Grade 4A and Grade 3A, the latter of which won the grade at both the 2022 Scottish and European championships.

A pupil of Bob Brown and Bob Nicol, Ian Duncan does not adjudicate pipe band events in the UK but is one of the world’s most sought-after solo piping judges. His leadership wasn’t limited to the Vale, serving as pipe-major of Grade 2 Drambuie-Kirkliston and the Grade 1 Lothian & Borders Police in the 2000s.

MacDougall concluded, “There’s a lot of love for the album within the assembled musicians and I believe this is going to be a truly spectacular show and what better way to say thank you to the legend that is Pipe-Major Ian Duncan.” 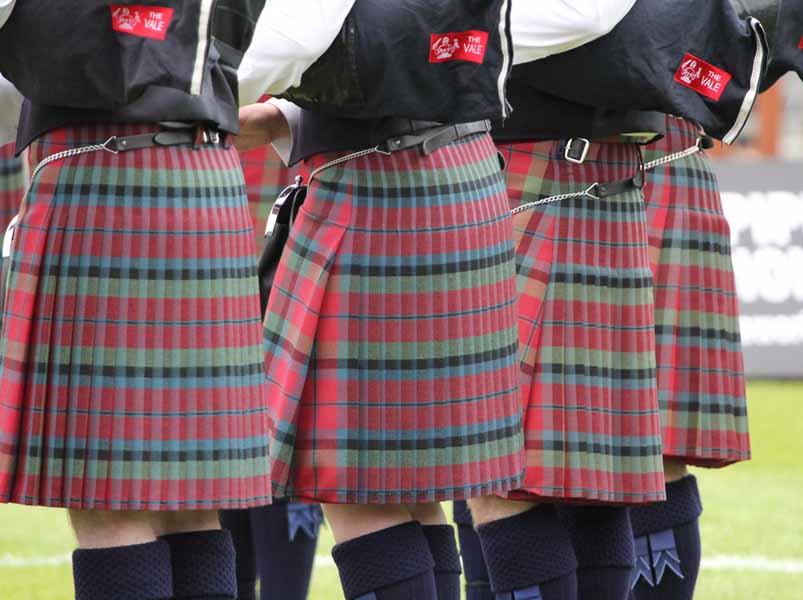 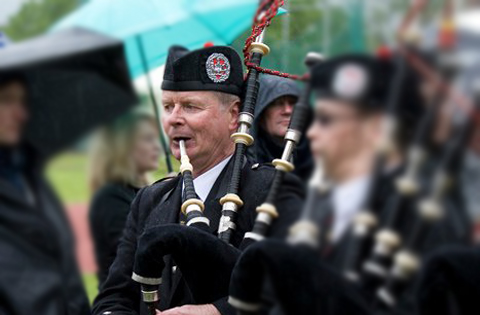 News
Duncan returns to the Vale