After the success of the inaugural Sun Belt Invitational in November of this year, Stein was approached by Stephen Power, who attended the event, with the idea of creating a new event in Ardmore where Power’s father immigrated from to the United States.

“As the discussion continued, I realized the timeline would be tight but, that we could make it happen,” Stein said. “We have received tremendous cooperation from the Irish Pipe Band Association, especially from President Brian MacMahon and Secretary Johnny Sheehan.”

Stein worked with former St. Laurence O’Toole Pipe-Major Terry Tully to scout out Ardmore to begin putting the pieces in place for the event to be held at St. Delcan’s Village Hall in the village. A swank logo was designed by the well-known piper, composer and graphic designer Charlie Glendinning of Maryland.

The contest will use the classic MSR and Medley approach, with contestants only required to include an Irish composition in their medley.

An after-party “grand session” will follow the competition at McKeever’s Pub across the street from the contest venue.

Tickets are €5 for adults, kids get in free, and all proceeds are going to local pipe bands and pipers, and R.G. Hardie & Co. are contributing a set of Peter Henderson Heritage pipes with the Ardmore Cup logo on the bass drone stock to go up for auction before the event.

If you want to reserve tickets just email Eric Stein.

The judges will be Ian Duncan, Ronan Maguire and Richard Parkes. 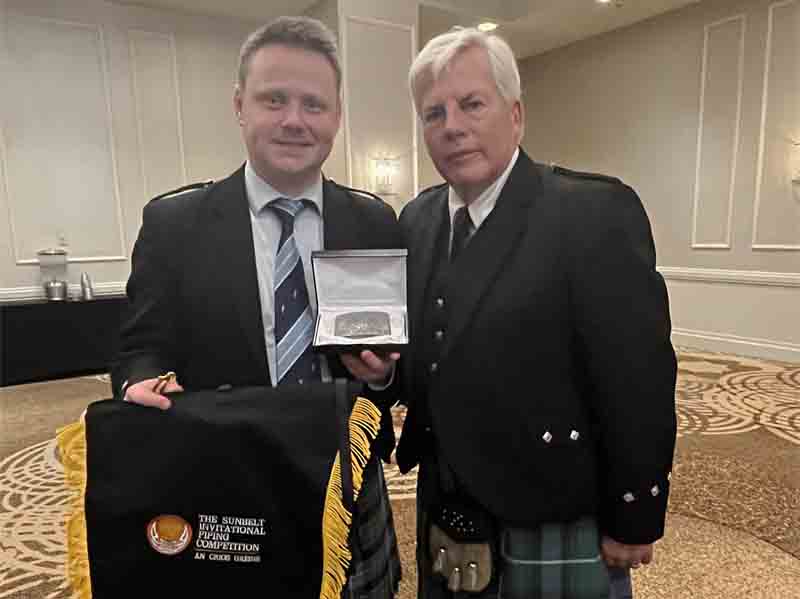