Newsflash: Inveraray & District concert is off 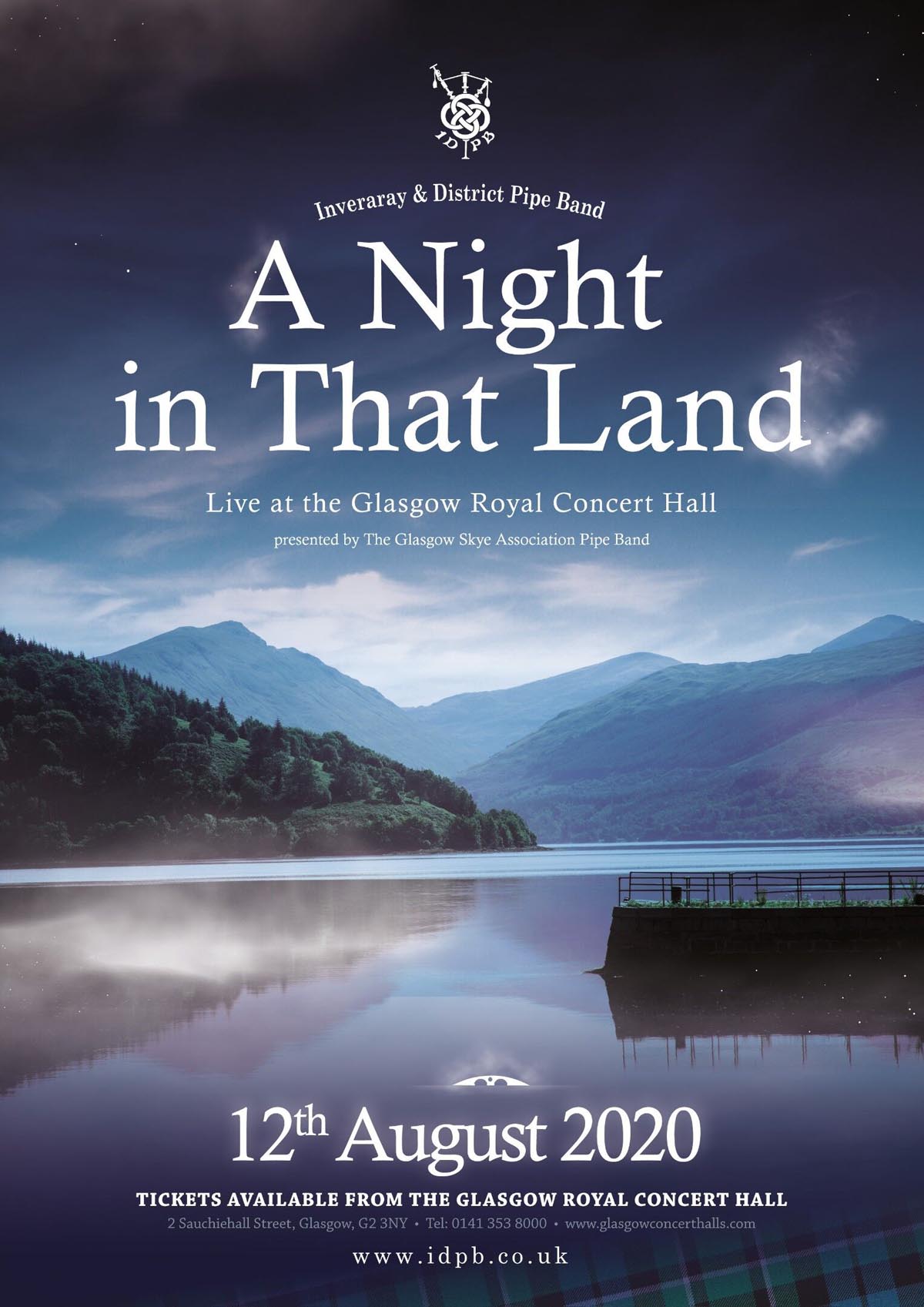 In case anyone thought that there was a chance that the Inveraray & District Pre-World’s concert might still happen, promoters Glasgow Skye Association Pipe Band have confirmed that it won’t.

“We regret that we have also taken the decision to reschedule our Pre-World’s concert featuring Inveraray & District,” said spokesman Kurt MacKintosh. “This is without question the correct decision as the health and well-being of everyone takes precedence over anything else.”

As late as last week, Inveraray & District Pipe-Major Stuart Liddell had said that the event might still happen, but cancellations of Piping Live! and the World Pipe Band Championships informed the decision to cancel. Liddell had confirmed that his band was still working hard at the material for the Glasgow Royal Concert Hall show.

In good news, MacKintosh confirmed that the 2019 World Champions will headline the 2021 Pre-World’s concert. He said that the 2020 event was the fastest-selling show since Glasgow Skye began promoting the concerts in 1993.

The concert had been scheduled for August 12th, and was to have the name “A Night In That Land,” from a tune written by the Scottish fiddler, Johnny Cunningham.

When the band takes the stage in 2021 it will still be the reigning World Champions, assuming that the competition is still to be held after. The Royal Scottish Pipe Band Association has not yet announced a date for the 2021 yet.

MacKintosh said that he needs to consult with the Glasgow Royal Concert Hall’s box office as to whether those who had purchased tickets will have the option to carry over their purchase to the 2021 event.

The cancellation leaves the entire UK pipe band competition season pretty much nixed due to the global COVID-19 pandemic.

The concert is not officially connected with either Piping Live! or the World Championships but, like those two events, depends largely on each of them to draw its audience.

Inveraray back for another Pre-World’s Concert
February 23, 2020