Pay for play: is it coming?

With bagpipe and drum manufacturing every year become more competitive, are the makers themselves ready to sweeten deals with financial incentives?

Rumours are always a part of the piping and drumming world, and allegations occasional arise that some bands are already being paid to use equipment. pipes|drums, however, was unable to verify those claims, or at least could not find a band or manufacturer that would admit to receiving or paying money as part of a merchandise deal.

“We’ve never done a cash payment to bands or pipe-majors directly, and I’ve never heard of anyone else doing it, to be honest,” said Kenny MacLeod of McCallum Bagpipes, one of the biggest companies in the bagpipe industry. “But we do provide the chanters for Grade 1 bands for free or at a much discounted price. We might supply them with bag covers with their logo and our logo as well. It depends if they buy other goods, some are generally good customers so it can be worthwhile, and a good form of advertising.”

Whether cash incentives have happened in the past, we were unable to determine. But it’s a safe bet that, somewhere along the line, money has been used to hasten the sponsorship process. For a manufacturer of any product in any industry, a business will fail if no one uses the product. If it takes a bit of palm-grease to hasten a decision to play a product, it’s only logical that it has happened at some point in our history. 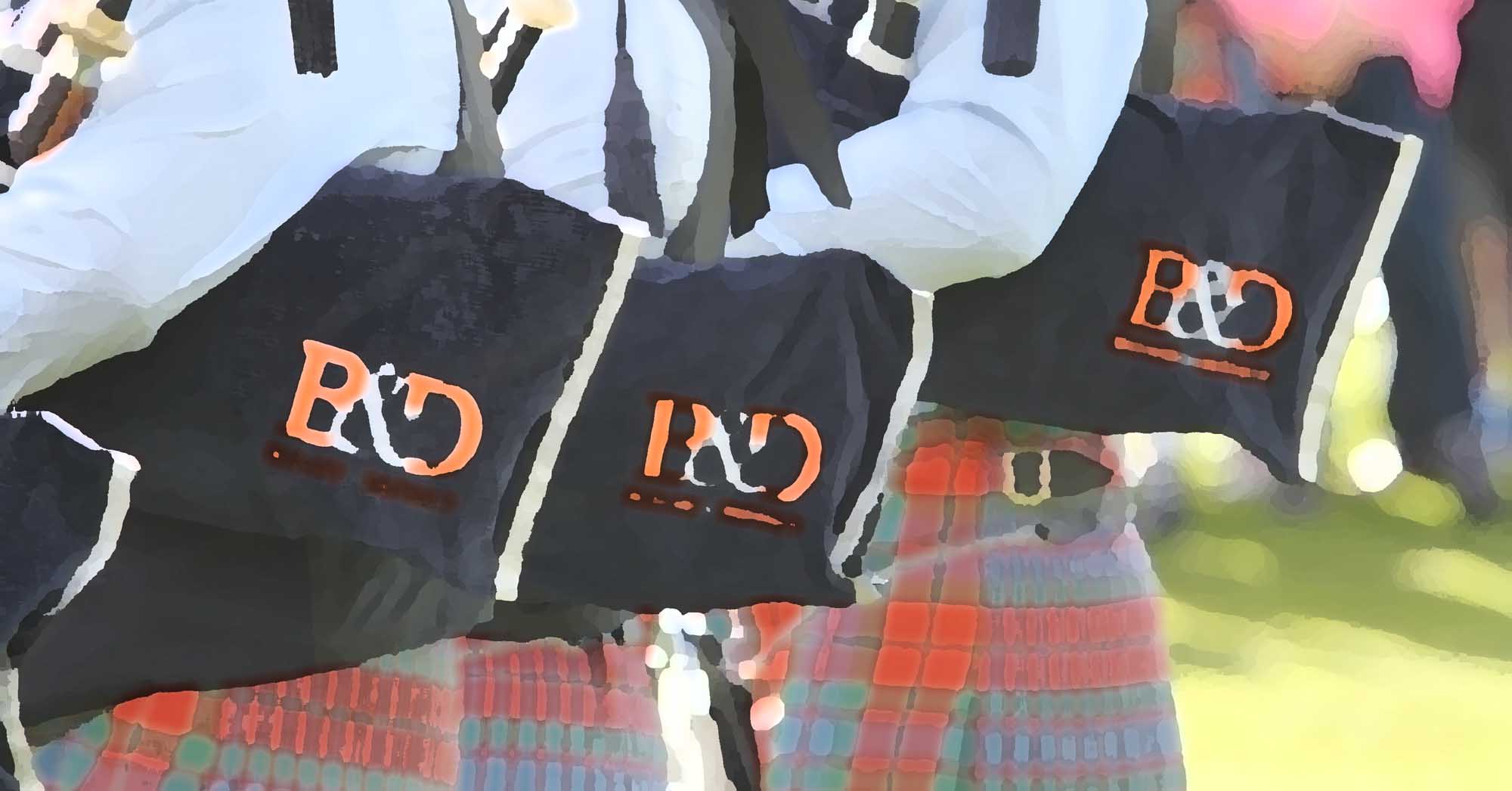 Newcomers to an established marketplace can have a hard time breaking in. With so many excellent products already available, new gear has to be truly earth-shatteringly consistently better for it to gain fast traction. Even then, there are myriad great new products that die due to poor marketing. It’s hard out there for a newcomer, and especially difficult for a new entrant to the bagpipe and drum market who doesn’t have enough marketing capital to support an effective launch.

Wallace Bagpipes is relatively smaller than McCallum Bagpipes, and owner Craig Munroe said, “It’s just something we’ll never do. It’s just not in our ethos. We don’t give away free products either unless it is to selected events as prizes. If I were inclined to give away free pipes, it would be to a family who can’t afford bagpipes for their child or to a juvenile band without funding or support. The reason we are not active in the pipe chanter market is because I honestly do not see the point in investing time and money in a market where your competitors are constantly giving away free chanters to Grade 1, Grade 2 and in some cases lower grade bands.”

(go to next page)

See also
Features
Double Gold: a chat with newly-minted Gold Medallists Jamie Forrester and Nick Hudson – Part 1
Features
The Eagle Pipers second-place piob: Iain T. Cameron’s ‘Scots Guards Club, Edinburgh’
Read all in News
Get the Newsletter!
Sign up to receive our most popular stories in your inbox every month.
Thank you, you have successfully subscribed for our newsletter, please check your email
We use cookies on our website to give you the most relevant experience by remembering your preferences and repeat visits. By clicking “Accept All”, you consent to the use of ALL the cookies. However, you may visit "Cookie Policy" to provide a controlled consent.
Cookie PolicyReject AllAccept All
Manage consent