Selbie steps down as Bucksburn is in Tough 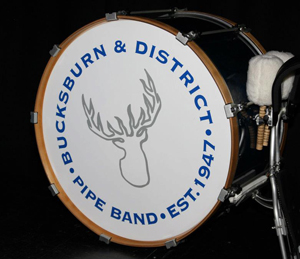 Neil Selbie has stepped down after nine years as pipe-major of Grade 2 Bucksburn & District of Aberdeenshire, Scotland, the longest-running civilian pipe band in northeast Scotland. Pipe-Sergeant Jamie Tough has been appointed pipe-major, to take effect after the World Championships.

Also leaving is Lead-Drummer David Richardson, whose final performance with the band will be the World Championships. No successor has been appointed yet.

Selbie made the decision due to health issues that have prevented him from competing. The band had been and will continue to be led on an interim basis by Chris Donaldson, with Tough at his right-hand until the end of the year when Tough formally takes over. Bucksburn has a tradition of appointing leaders from within its ranks.

While still being able to field a competitive Grade 2 band, Bucksburn slipped in the ranking with a tenth at the European Championships, twelfth at the British Championships, and electing not to make the journey to the UK Championships in Lurgan, Northern Ireland.

Bucksburn & District in the past few years has been in the top tier of Grade 2 bands, Selbie and Richardson leading the group back to championship prize lists after 11 years without a prize.

Gus McAskill, long-time band president and piper with the Grade 2 band, is also stepping down after 16 years of managing the extensive Bucksburn operation. Vice-President Morven Tough will assume the band’s management role, and McAskill will continue to manage the group’s highly successful annual spring concert in Aberdeen featuring a marquee Grade 1 band.

“Jamie Tough is a young ambitious piper with great vision,” McAskill said in a statement. “We have no doubt that with all the help and guidance available at Bucksburn along with his growing talent and knowledge Jamie will be well prepared to lead the organization to greater success.”

“Bucksburn is the longest-running organization in the region with a teaching program, Junior band and Grade 2 band who have all enjoyed solid success over the years,” said Morven Tough. “We want to build on this and encourage any up and coming or existing talented drummer to lead the drum corps into the 2020 Pipe Band season and beyond. Encouragement and development throughout the organization are crucial to the role along with upholding the band’s values.

“We want to thank David and Neil for their leadership and band achievements over the years, they will be greatly missed, however we look to the future with great excitement.”

Northern Scotland has seen a surge in Grade 2 bands, with newly formed Highland Granite, and Buchan Peterson and Portlethen & District each establishing a strong presence. Buchan returned to Grade 2 after a few years at Grade 1, while Portlethen was promoted from Grade 3A, winning Grade 2 at the European Championships in June.

McAskill said that Bucksburn has not lost any personnel as a result for the new Grade 2 bands.