Shelter in place resulting in spike in solo business 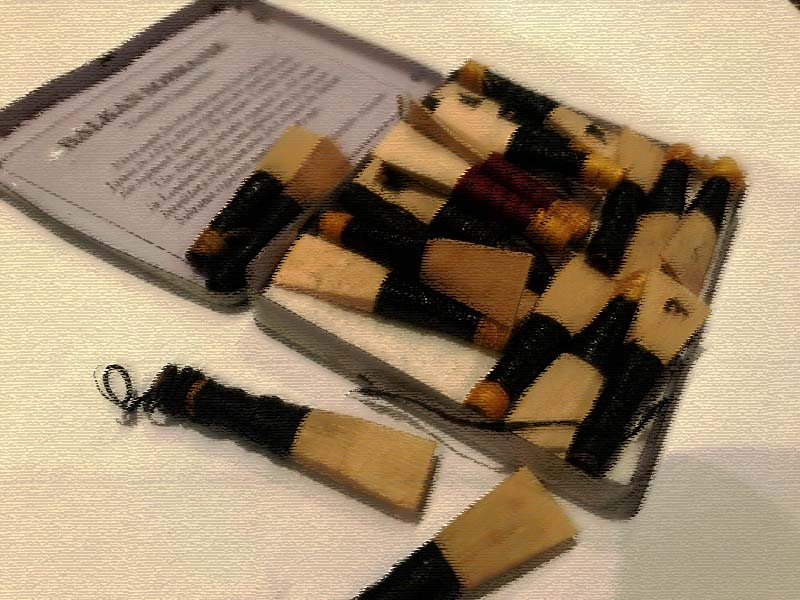 With pipe bands, piping clubs and associations shut down, and band members “sheltering in place” along with much of the world, pipers appear to be spending more time on their playing, repertoire and gear for their pipes.

And without the band as an easy resource for reeds, and little or no pressure to maintain a “band” instrument, orders from individual pipers are streaming into reedmakers.

“There are orders for people getting their pipes going at home with one or two reeds being the norm,” said David Chesney of Chesney Chanters & Reeds of Magherafelt, Co Tyrone, Northern Ireland.

For reedmakers who have not shut down operations completely, the small orders are keeping them hopping, putting together even smaller packets to send all over the world.

“There have been loads of orders coming through, even though we’ve said we’re closed, and orders will take longer,” says John Elliott of G1 Reeds of Kirkcaldy, Scotland, who added that on his own he’s only “scratching the surface of the orders.”

Indeed, while Elliott’s business has, for most purposes, shut down until local and federal governments indicate that it’s okay to resume “normal” life, the fact that the company sourced a solution for sanitizing reeds might have prompted more individual pipers to tap them for reeds.

“We are seeing that pipers are a committed group. I think being home more than usual gives many pipers a chance to pipe a little more than they could at other times. I am finding that myself.” – Jack Lee, Lee & Sons Bagpipes

“I think it’s normal for people to pull back a bit on some of the things they might purchase for their hobbies – golf clubs, baseball gloves, fishing rods, etc.,” Jack Lee of Lee & Sons Bagpipes of Surrey, British Columbia. “But we are seeing that pipers are a committed group. I think being home more than usual gives many pipers a chance to pipe a little more than they could at other times. I am finding that myself.”

Most reedmakers’ business is usually heavily weighted to large orders from pipe bands and dealers around the world. Often manufacturers will have regular, standing orders of several dozen chanter reeds a few times a year for bands and many dozen annually for retailers in their network.

With most bands not competing for the foreseeable future, or possibly a year or longer, reedmakers might have to look to individual pipers for sustaining business. It could all be equal, though, as pipers increasingly try new reed and chanter combinations, as they have more time and leeway to experiment with their instrument and playing while the band is on hiatus.

“For pipe bands people, I think it’s going to be a worry going forward that we’ll be able to gather in enough numbers first to hold a practice and then a competition any time soon,” Chesney says, acknowledging that the situation could go on for a long time.

“Lee & Sons still have enough bagpipe, pipe bag and reed orders to keep us all busy,” Jack Lee adds. “We are grateful for that.”

In addition to reeds, pipers appear to be working at their technique and expanding their repertoire. Several retailers have reported that sales of music books, sheet music and practice aids have spiked since shelter in place policies have gone into effect.

As the situation continues, it’s only a matter of time before pipers and drummers look to purchase bigger-ticket items like pipe bags, pipe chanters, smallpipes and even whole new sets of pipes as they replace worn-out items and try new gear and instruments.

Be sure to check out all pipes|drums advertisers’ products and services to help improve your own piping and drumming skills.

G1 Reeds comes up with solution for sanitary reeds
March 26, 2020

Business unusual: How piping and drumming manufacturers and dealers are adapting
March 29, 2020