We’ve featured the photographs of Alister Sinclair many times over the last few years, whether from Glasgow Green, the Northern Meeting, the Argyllshire Gathering, or the streets of Glasgow during Piping Live!

If Derek Maxwell is the best piping photo portrait artist, Alister Sinclair has gained a deserved reputation as the best in-action piping and drumming photographer in the world.

We asked if he would like to personally select his 10 favourite photographs from three different genres.

We start with images specifically from piping and drumming events, and then follow with his favourite miscellaneous photos, and then his selection of scenic shots from his travels across the length and breadth of Scotland.

Included with each image are his quick thoughts on why he picked the photo.

We hope you enjoy these fantastic images from the creative eye of Alister Sinclair. 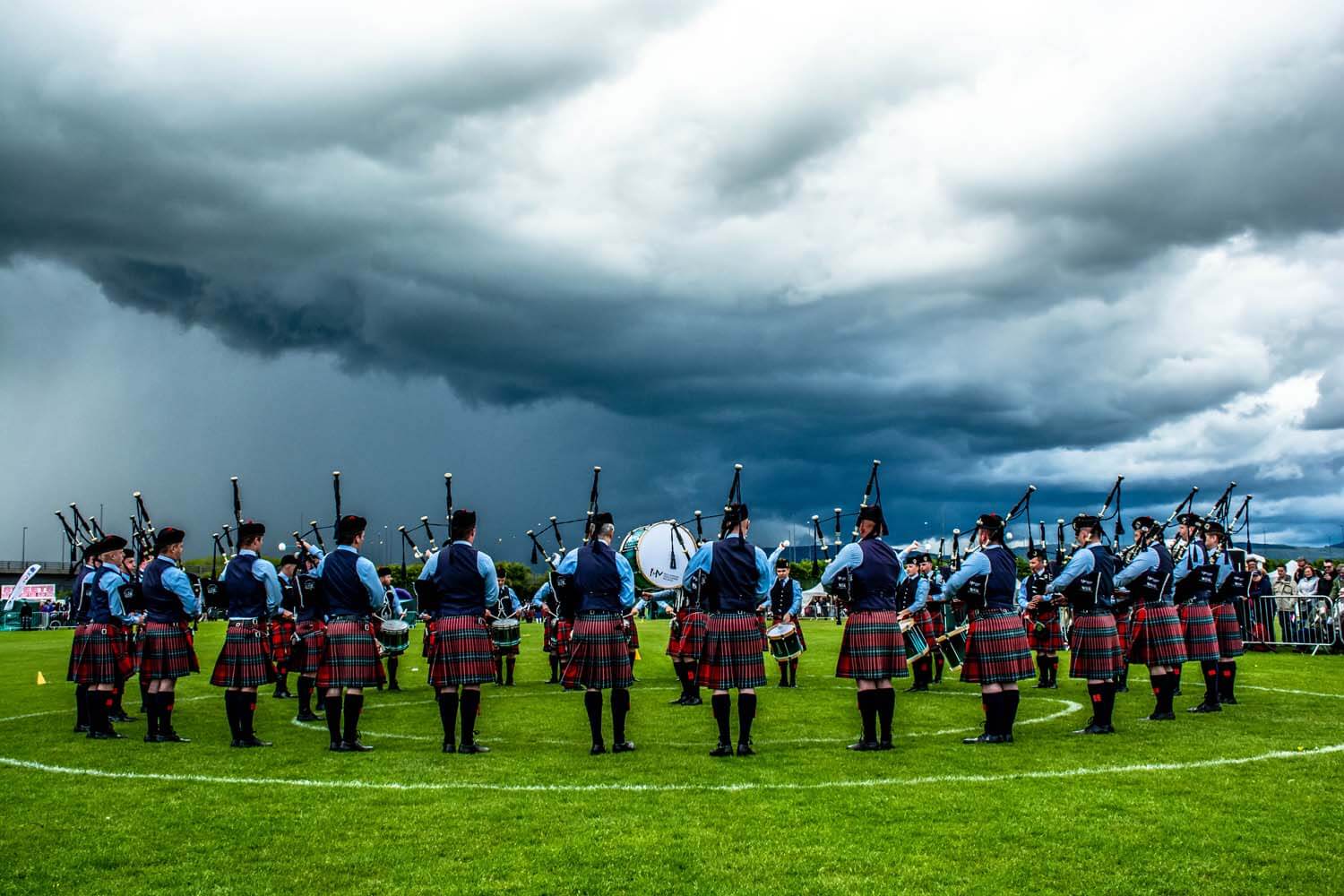 The Northern Meeting in images, by Alister Sinclair
August 31, 2019