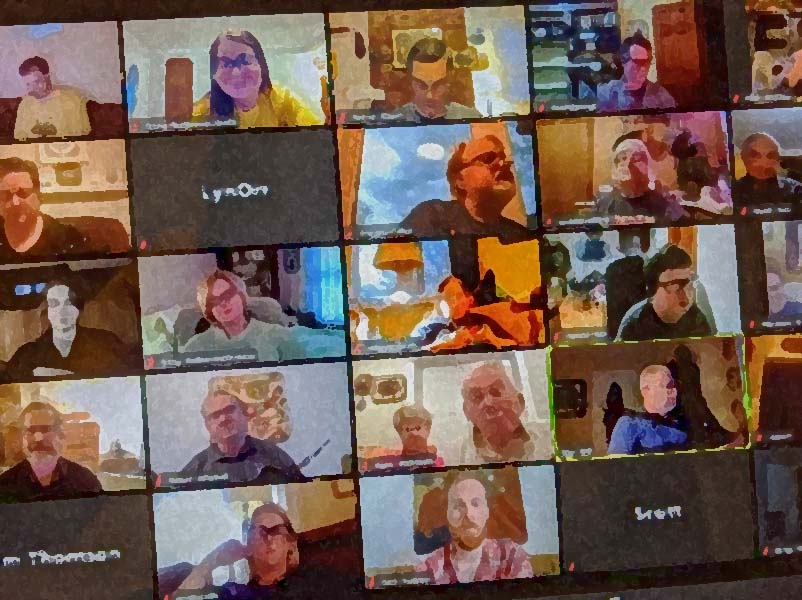 With no in-person events for the foreseeable future, the viability of piping and drumming associations is in doubt – unless they adapt to the situation.

Most recently, the BCPA launched an Online Performance Assessments initiative to cover at least the region’s May-July contest season, providing a framework for online competition, judging, and ongoing independent assessments of members’ playing to support their continued musical development.

According to BCPA President Rob MacNeil, the association’s initiative is “a team effort of the BCPA Competition Operations committee, Adjudication and Solo Grading subcommittees, and BCPA member Highland games,” taking a more fulsome view of the situation.

The BCPA launched a YouTube channel that includes educational resources for players. One of the first videos was “The BCPA Annual Gathering – A Retrospective,” featuring winning solo piping and snare drumming performances from the past two decades, some of which are newly available online.

The organization also worked with sanctioned Highland games to offer online performance assessments for players in the months when games are eventually confirmed as cancelled. Each light music performance submitted for assessment is $8 and piobaireachd $10, which covers nominal remuneration for judges’ assessments. Money left over is funnelled back the games to help cover deficits and debts while they are in hiatus, “in appreciation of the environment and support they provide year after year for the development of pipers, drummers, and bands,” MacNeil said.

The BCPA is taking a collaborative approach with judges, who will participate in online roundtables to discuss their perspectives on performances.

The assessments are available to any pipers and drummers “who just want to experience a performance assessment as they would at a Highland games in the BCPA region,” and not limited to BCPA members.

The EUSPBA early in the coronavirus crisis modified its rules to accommodate for online events, covering the uploading of video performances in a consistent and timely manner for equitable assessment.

The WUSPBA launched a trial run of enabling members to perform live by video for a panel of judges to receive immediate feedback. Judges are volunteering up to three hours of consultation time in 15-minute time slots.

Grassroots online contests by bands and organizations have also popped up, creating their own rules and formats in place of guidelines still to be made by their home association.

The Peel Regional Police Pipe Band of Brampton, Ontario, announced its own four-competition “season” of live performances last week to help make up for a summer of lost events.

The Carnegie Mellon University piping and drumming program delivered an extensive solo competition in which competitors submitted video performances, as per the EUSPBA’s guidelines, and the United States Piping Foundation said it will hold its June competition online.

The first-ever all-online competition was privately run in 2012 by BagpipeLessons.com, and the event was resurrected this year with a massive entry and a judging panel of more than 30 experts from around the world.