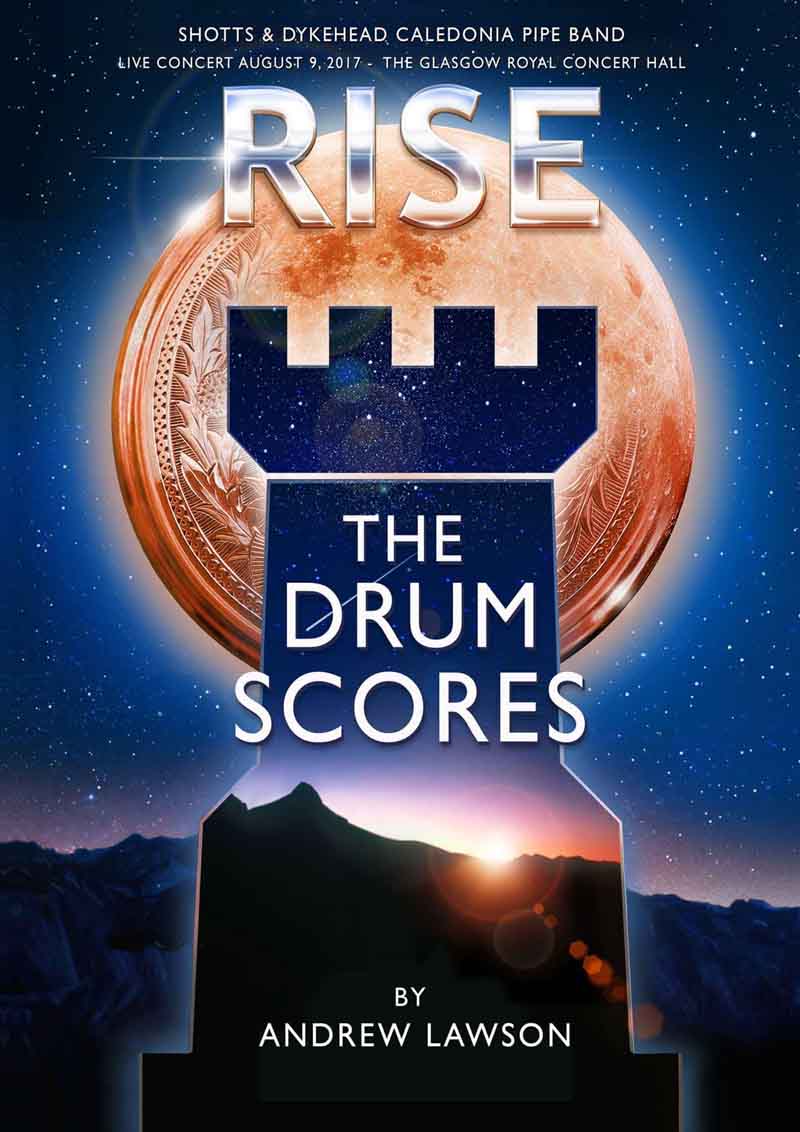 Collections of pipe band drums scores are relatively uncommon, and rarer still – even unprecedented – is a book where the recipient pays whatever they want or even nothing at all.

There are 52 scores to tunes and the drum section’s fanfare, mostly composed by Lawson, but with contributions from Neil Bruce, Harvey Dawson, Gordon Parkes and Paul Turner, plus arrangements of scores from pipe band drumming legends Alex Duthart and Jim King.

Lawson, a native of Ontario who took over as Shotts’ lead-drummer after the band’s 2015 World Championship-winning season, is also supporting the book with various demonstrations and instructional videos on his YouTube channel. He stresses that the book contains material accessible to all levels of players and provides aspirational content for even novice drummers.

There’s a suggested minimum price of £2 for the book, which can be downloaded from his website. Lawson recognizes the financial challenges that many might be having during the coronavirus crisis, so drummers can download it for free and return later with a contribution.

Like many others, Lawson has found himself with more time on his hands during the pandemic. He’s a professional audio technician so, with few if any live events, he decided to put the time windfall to work by realizing the intention for the book that he’d had for a few years.

RISE – The Drum Scores is not the first collection of drum scores of a prominent pipe band’s concert material. In 2019, Grade 1 Peoples Ford Boghall & Bathgate Lead-Drummer Gordon Brown compiled and published a paper collection of drumming music from his band’s “Forte” concert of 2012.