It’s the time of year when Harry’s YouChube pipe band addiction overlaps with Henrietta’s Netflixation, and the old BT internet is near smouldering with the heat. Maybe not as smouldering as Henrietta after four hours of Outlander, but still pretty warm. (Caution: what you are about to read is satire. If you have a low tolerance for such things, feel free to move along.) 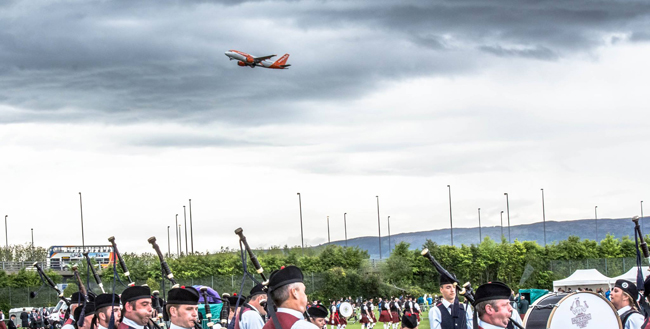 Harry’s all revved on the latest batch of pipe band videos, and it was clear the weather was either for or agin you at the British Championships at the end of Glasgow Airport runway, or under the M8 motorway. Grade 1 and Grade 1B are very interesting at the moment, with some of the fresh faces in the grade(s) making big steps up the charts. The North American scene usually gets interesting at Georgetown in Ontariariario, although Henrietta pines for the days when Toronto Police blew the lid off the medley can. That was the first time the punters cheered mid-medley since the days of Jimmy Stewart going all Rambo on the Toronto & District bass drum.

One unusual trend in the majors is a larger Grade 1 entry than Grade 2. Is it a sign of something amiss in the grading, or a result of the trend to huge bands? More Grade 1 player-members than ever at the moment, and Harry wonders if maybe things are a wee bit out of balance? It’s just not healthy when a higher grade is smaller than the one below it. Still, seeing Johnstone and Police Service of Northern Ireland in the charts above Simon Fraser University and Glasgow Police tells me those bands are likely on the right track.