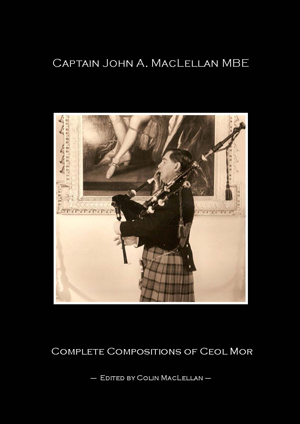 The ambitious project released earlier in the year was a labour of love to commemorate and preserve the piobaireachd compositions by the late great “Captain John.” The tunes were painstakingly typeset, with the background history and stories of each, and included a recording of the tunes by various players, including MacLellan’s famous son, Colin. Another piping legend, Jack Lee, gave the product a rave review.

+ An immense labour of love

“A great tribute of a musical legacy left to us by a great piper, competitor, teacher and reedmaker.”

“The combination of book and high-quality audio make this a winner.”

“The book is an example of the promotion of modern piobaireachd and dovetails nicely into the superb annual Memorial dinner.”