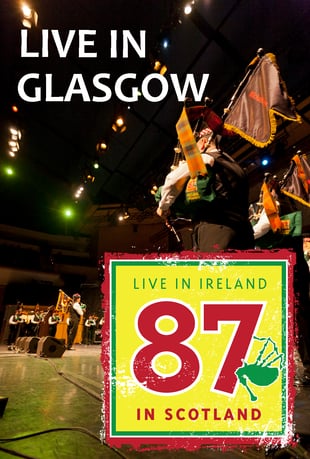 Live In Ireland In Scotland – video stream and download

The recreation of the 1987 78th Fraser Highlanders’ concert in Ballymena, Northern Ireland, was an ambitious endeavour, reassembling those in the band at the time and friends of the organizers, but the show was pulled off to a sell-out crowd at the Glasgow Royal Concert Hall as part of Celtic Connections, and then captured in a recording released later in the year. The first concert recording offered as a rented stream or download copy, it was not long before the scoundrels and scofflaws of the piping and drumming world ripped illegal copies, which was not only disheartening, but didn’t exactly encourage similar projects in the future. Regardless, it gained our recording of the year award for 2016.

“Didn’t capture the spontaneous energy of the original, but still a solid recording with a new take.”

“Not many recordings this year, unfortunately, and this was easily the best.”

“Too bad not many people purchased this.”