Connor Sinclair: just who is this piping prodigy?

Imagine: winning the MSR at the Glenfiddich Championship and finishing second overall in your first appearance. Winning the Highland Society of London Gold Medal at the Northern Meeting. Winning the Masters MSR.

Now imagine doing all of that and more in three months.

That was the real experience this summer of young Connor Sinclair of Crieff, Scotland, who established himself in very short order as one of the world’s elite solo pipers.

But just who is this piping prodigy? How did this happen? If he’s this good now, what might the future bring?

Only a few in history have seen comparable competition success at such an early age, and each is in the Pantheon of all-time great Highland pipers: Callum Beaumont . . . John D. Burgess . . . Murray Henderson . . . John Wilson.

Born in Crieff in 1996, Sinclair started piping with the local band, getting lessons from, at first, Jim Barnes, and then Ronnie Clark. The son of incredibly supportive parents and part of an equally accommodating family, Connor Sinclair would eventually be brought to the National Piping Centre in Glasgow around 2004 for accelerated weekly tuition. 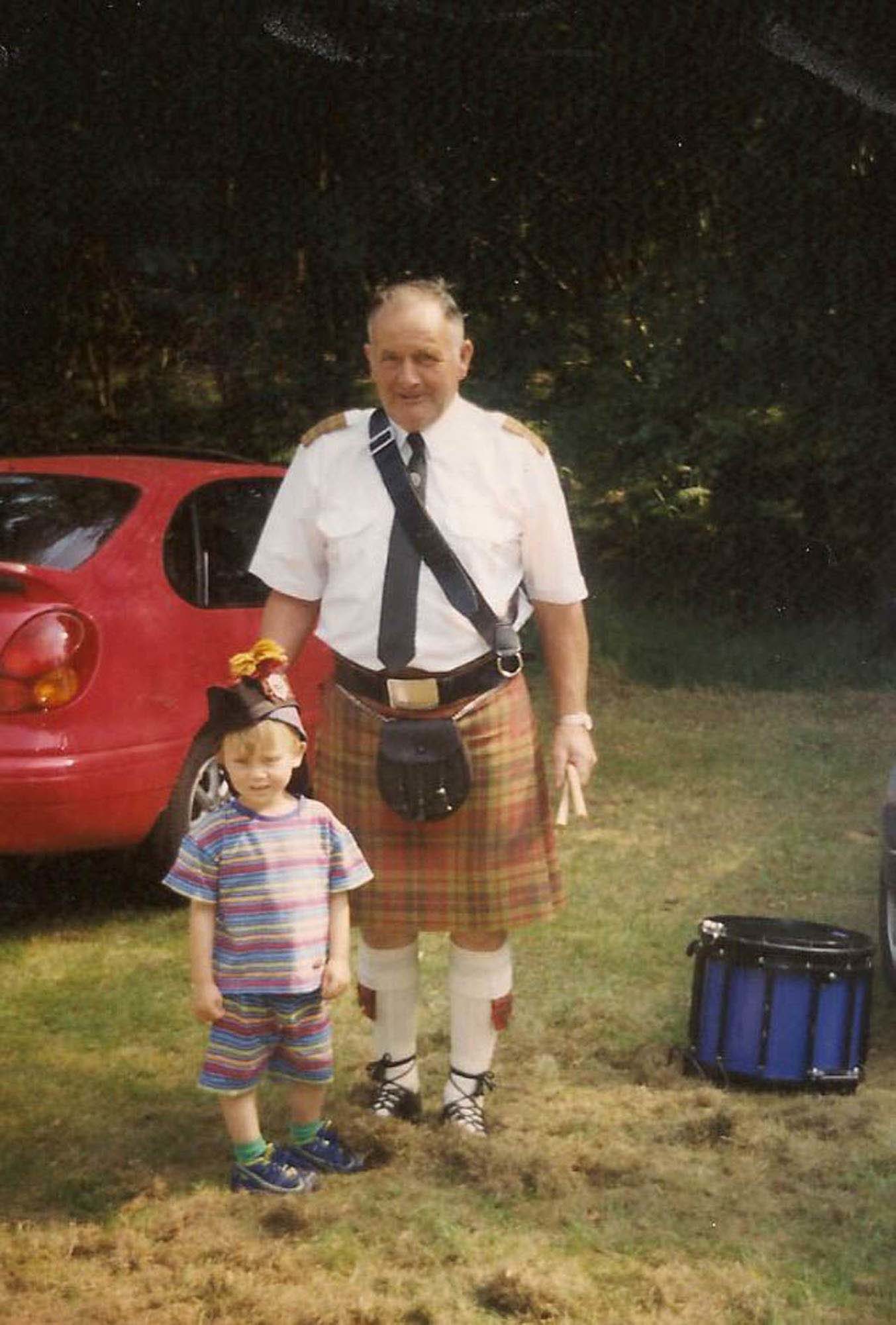 He happened to be paired up with Margaret Dunn, who he has worked with once a week and who has been directly responsible for identifying Sinclair’s promise, focusing his abilities, and guiding him to his current greatness. One of the top solo pipers in the world herself, Dunn had won the A-Grade March at the Argyllshire Gathering and the Silver Medal at the Norther Meeting before electing to leave competitive solo piping to commit more time to her teaching career and young family.

Did she know right away that he had a special talent on her hands?

“He had the support of his family, worked hard and had natural ability. The opportunity was there for him and he took it.”

“I was always conscious that he had great potential,” she says. “He was always fully committed to piping and his parents, Katrina and Alister, drove him to the Piping Centre from Crieff once a week for 10 years. He had the support of his family, worked hard and had natural ability. The opportunity was there for him and he took it.”

Much of Dunn’s work involved putting an accent on accuracy, ratcheting down Sinclair’s fast hands so that he could concentrate more on issues of timing and phrasing.

“Initially we slowed things down to improve precision of finger work,” Dunn added. “Lessons were always productive and we continually worked on improving consistency of technique as the music and bagpipes were always strong.”

He still works with Dunn, and since 2015 has been working with multi-everything-winner Roddy MacLeod in piobaireachd, which helped to carry him to a fifth prize (“Lachlan MacNeill Campbell of Kintarbert’s Fancy”) in that event at the 2019 Glenfiddich. He also has worked extensively from an early age with the great piobaireachd master Andrew Wright.

Along the way, Sinclair somehow found his way to being the official piper of the Scottish National Party. From the age of seven on, he was regularly seen at significant SNP events, escorting then-leader Alex Salmond and now current leader Nicola Sturgeon with ever better solo piping capability.

Connor Sinclair gets much of his discipline for learning, practicing and always improving from his father, Alister, who now spends much of his spare time traversing the length and breadth of Scotland photographing the country’s extraordinary landscape, landmarks, flora and fauna. Indeed, the elder Sinclair has contributed his skillful photography to pipes|drums in several photo features from Piping Live! and the World Pipe Band Championships.

After extremely successful years competing in under 18 “Junior” competitions, which saw him take most awards at most Scottish games and gatherings, as well as winning the grueling Pipe Idol competition at Piping Live! in 2012, Sinclair catapulted to the “Senior” events when he turned 18. His first big successes were taking the Silver Medal at the Northern Meeting in 2016 and then the B-Grade Strathspey & Reel at the Argyllshire Gathering in 2017 and, in 2018, the A-Grade March at the same event.

Speaking of bands, Connor Sinclair is the piper, flautist and whistle dude with Gnoss, a Celtic folk band that is currently touring the UK on the heels of their latest album, Drawn From Deep Water, which has been nominated for a 2019 Scots Trad Music Award for recording of the year.

On top of all of this, at the ripe old age of 21 he obtained his Bachelor of Music (Piping) degree from the highly successful Royal Conservatoire of Scotland’s Traditional Music program.

And one more thing: he has recently joined the teaching staff of the National Piping Centre.

That’s a piping career already that would satisfy most, and at age 23 the road rises before Connor Sinclair.

We caught up with him in between Gnoss gigs for a quick video conversation, exclusively for pipes|drums readers.

Hey, if you enjoyed this feature, we invite you to subscribe or donate to nonprofit pipes|drums so that we can keep pieces like this coming. (And if you subscribe already – thank you!)