Glasgow – August 9, 2022 – The foursome from ScottishPower were named the 2022 International Quartet Champions, winning the event that comprises a Medley and an MSR, held before a packed house at the Strathclyde Suite of the Glasgow Royal Concert Hall.

The event is judged by several unidentified pre-selected experts in the audience, each of whom secretly submit a winner to the organizers. The quartet chosen the most often wins.

The competition is considered one of the most stressful in the pipe band world, and is generally a test of who can hold the best tone while making the fewest mistakes.

Field Marshal Montgomery’s quartet was the last winner of the event, in 2019, and neither FMM nor Inveraray & District, who have between them won the last five events, participated in this year’s competition. 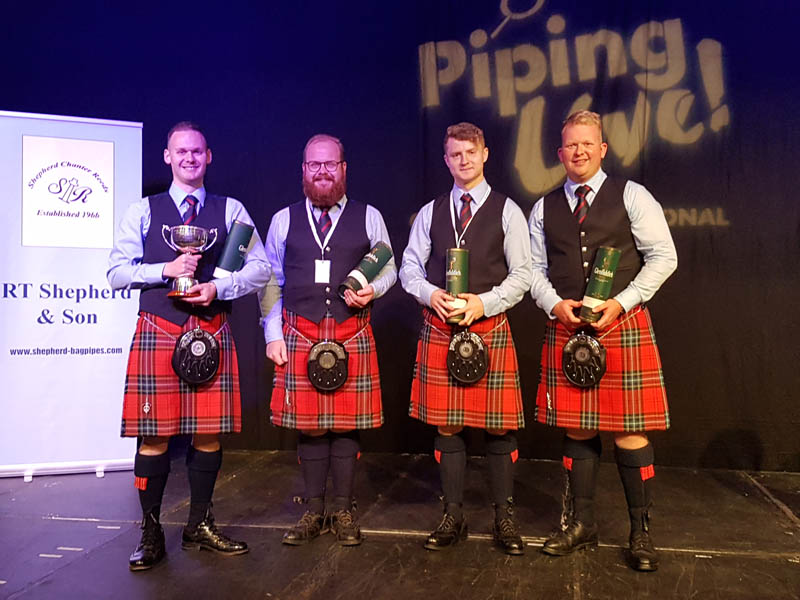 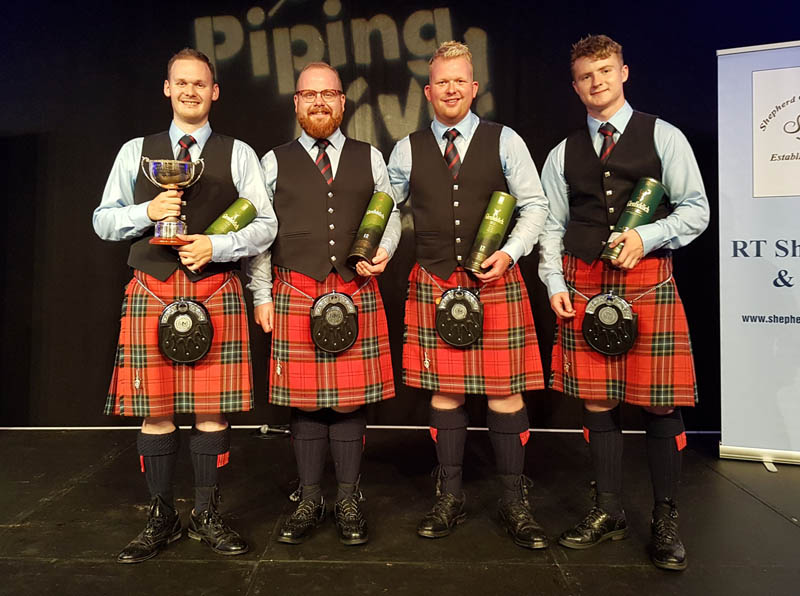