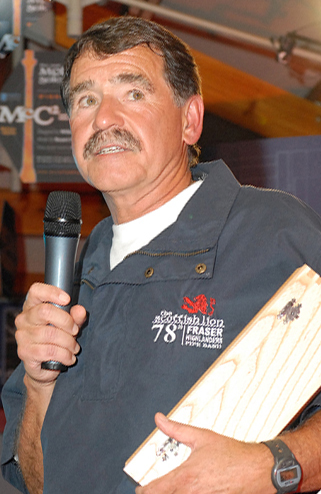 In what is quickly becoming The Summer of Bill Livingstone, the 75-year-old piping legend has confirmed that he will make a number of his original compositions available for free download on his website. The share of his sheet music coincides with the release of his nearly 300-page memoir, Preposterous, Tales to Follow on August 1st.

According to Livingstone, “a hefty selection” of his music will be made available gradually and for limited periods of time, with the first tunes posted just before the release of his book.

“As part of my legacy to the crazy world of piping and pipe bands, I’m making my compositions available for anyone who would like to download them,” Livingstone said. “Composers of music really only want people to play it and folk to enjoy it. This may foster those hopes.”

He added that he plans to compose and publish new music, but that collections as a whole will not be made available online.

Livingstone’s compositions number in the dozens, and he released his first print collection in 1985. Among his more-played tunes in the first wave will be “Lillian Livingstone,” “The Galtee Rangers,” and “Rodney Hull Q.C.” Each tune will include a brief written commentary about the piece. Alerts when pieces are posted will be published on Livingstone’s managed social media properties.

The memoir will be available for sale at the Glengarry Highland Games, August 4-5, where Livingstone is the event’s guest of honour in its 70th anniversary year. An official launch party for Preposterous, Tales to Follow will be held at the Piping Live! Glasgow International Festival of Piping  in Glasgow on August 10th.

+ Livingstone to be Guest of Honour at Maxville

Livingstone made pipes|drums’ list of the 15 Greatest Living Canadian Pipers & Drummers, published on Canada Day 2017, the 150th anniversary of the country’s confederation as an independent nation.