New 120-tune ‘Out West Collection’ from Sean Somers rolls out 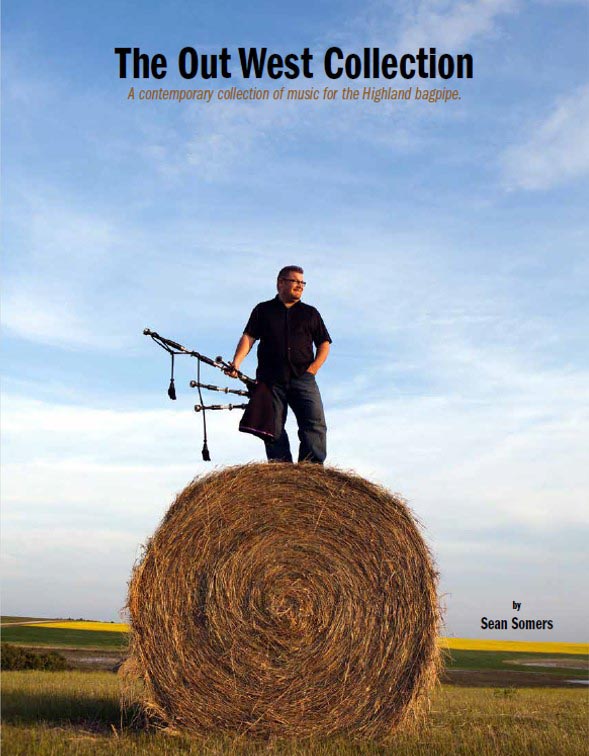 After many years of composing and compiling, the well-known Alberta, Canada-based piper, Sean Somers, has published “The Out West Collection,” a collection of mostly his own compositions and arrangements, as well as a sizable number from contributes, totaling 120 pieces in all.

Somers is the pipe-major of Grade 2 Rocky Mountain, one of Canada’s most successful competing pipe bands, and he was a member of the Grade 1 Alberta Caledonia and the 78th Highlanders (Halifax Citadel) for several years He’s had a rewarding solo piping and judging career as well, juggling his hobby with a demanding role in communications with the city of Calgary, Canada’s fourth-largest metropolitan populations.

“There are lots of new tunes that the Rocky Mountain Pipe Band has played recently, some other medley favourites from when Alberta Caledonia was still around, as well as tunes going back to my time with the 78th Highlanders in Halifax,” Somers said about The Out West Collection.

Somers has also recorded several YouTube videos of him playing and providing insight on several of the tunes in the collection.

The gifts of COVID-19 have been few and far between, but this has been one of them. It’s been a long-time dream of mine to publish a book of my own music, and in the absence of band practices, competing or judging at contests, the timing was right.

Like just about every compiler in a year that has seen many more collections than usual, Somers cites the pandemic as a creative blessing in disguise.

“The gifts of COVID-19 have been few and far between, but this has been one of them,” Somers said. “It’s been a long-time dream of mine to publish a book of my own music, and in the absence of band practices, competing or judging at contests, the timing was right. The seed was first planted coinciding with the release of Bruce Gandy’s third volume of music. Bruce wrote on the inside cover: ‘Many thanks for again letting me use your tunes in the book. I hope to return the favour in the near future. Cheers, Bruce.’ For years, many others have encouraged me along the way, and fast-forward to now, the right time, the right circumstances and that dream has finally become a reality.”

The name for the collection came from Somers’ piping past: “While living ‘back east’ in Prince Edward Island and Nova Scotia, I was always referred to as the fella from ‘out west.’ or ‘from away.’ That’s always stuck with me in the back of my mind, and I thought it would be an apt title The Out West Collection.”

The book is available in paper from from Somers’ website for $30 for Canadian customers and $40 for international, which includes free shipping and handling costs until April 30, 2021. Dealers around the world will also The Out West Collection.

Since the pandemic his last spring, the piping and drumming world has seen music collections from John Dew, Andrew Lawson, Ross Miller, Stuart Samson, Gordon Shand and Kyle Warren, with digital and print books reportedly in the works from other pipers and drummers.