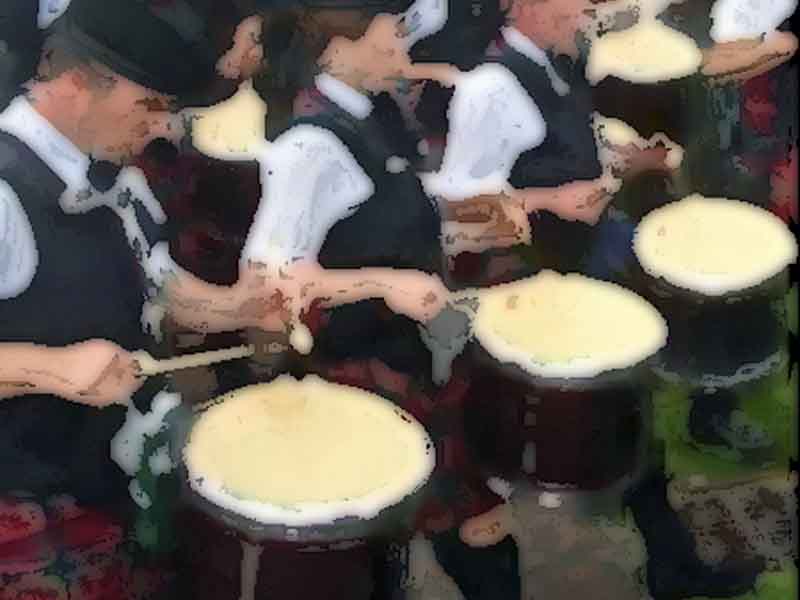 As the 2018 World Solo Drumming Championships approach, and the autumn is rife with the vast majority of bands seeking snare drummers, many also toiling trying to recruit qualified and willing lead-drummers, the time is right to have a look at these age-old perennial problems.

The dearth of drummers and leaders is so familiar that we suspect many feel it’s simply a baked-in tradition. Not that all bands are flush with pipers, but, far more often, recruiting for the back end of the band is annual and ongoing.

As pipes|drums does, rather than sitting around accepting problems as simply the way things are and will always be, we’ve made queries to come up with possible answers. Only by asking questions on sensitive, difficult or even taboo subjects can we expect to improve.

It’s safe to say that we can all agree that there is a shortage of pipe band snare drummers, with only a handful of top-tier bands having as many or more than they need. Compounding this is the fact that, each year, lead-drummers decide to move on or pack it in altogether. Finding suitably prepared replacement leaders continues to be difficult, even to the point of some bands being unable to compete.

+ L-D search on for Ottawa Police

But why? Compared with, say, 25 years ago, there are more instruction and instructors available than ever for any drummer, novice or experienced, who wishes to learn. There is more media to access this education, with the Internet providing various platforms to deliver the tools. A learning drummer can dial up a World Champion for a lesson on Skype . . . but they mostly don’t.

Add to this the fact that pipe band drumming is exponentially better than ever. The instruments themselves are precision-crafted, producing tone beyond the imaginations of drummers of past generations.

State of the art instruction, teaching aids, instruments – they are all there for the taking. It’s a great time to be a pipe band drummer.

So why are pipe bands still too often mired in all-too-familiar desperate situations?